Give peace a chance

Historians will look at the British parliamentary vote on Syria in August 2013 as a very important turning point.

For the first time anyone can remember, the British Parliament rejected a prime ministerial request for support for joint military action with the United States.

That refusal undoubtedly had some effect in the US where Congress never even voted either for or against military action.

Even though the President could have authorised an attack under the War Powers Act then retrospectively sought congressional approval within 60 days, he didn't do so.

David Cameron however has no such constitutional constraints and could use the royal prerogative to go to war at any time.

The immediate effect was that US Secretary of State John Kerry and Russian Foreign Minister Sergey Lavrov met very quickly and ensured a US-Russian agreement on chemical weapons.

As a result the Syrian government belatedly signed the chemical weapons agreement and these highly dangerous items are now being removed throughout Syria.

The parliamentary vote was also an important turning poing for improving relations with Iran, urging its participation in the Geneva II Conference, and raising a possibility of a ceasefire in Syria.

We are still far from a ceasefire, but the massive refugee flow and death toll in Syria means there is a real urgency in promoting a diplomatic outcome.

However this looks increasingly difficult in view of the huge amounts of money and logistical support being given by Saudi Arabia and Qatar to different insurgent groups, and the Western non-weapons support to the Free Syrian Army.

Unless there is a serious peace process in Syria there remains an ever-present danger that the war could spread to Iran, Lebanon and Jordan.

The only ones who would gain from this in the short term would be the arms manufacturers and, in the long term, the oil companies.

The experience of wars in Afghanistan, Iraq and Libya certainly had an influence on the parliamentary vote and have radically changed public opinion away from military intervention, despite the best efforts of the government and the military to promote an increasingly militarised society. Afghanistan was invaded 12 years ago and, together with Iraq, has cost over £30 billion.

Both countries have been left in a situation of deep poverty and systemic corruption. Afghanistan has once again become the world's biggest supplier of opium.

Soldiers and fighters of all sides who died in the war are obviously victims. But so too are the 50 British former soldiers who tragically took their own lives in 2012.

The news this week that there have been more than 20,000 deaths in Iraq in the past seven months from car bombs and other explosions shows just how dishonest and dangerous the 2003 decision to go to war was. The effects have not and will not completely go away.

The Chilcott inquiry, set up under Gordon Brown's premiership, tried to draw a line under the disaster of the Blair years, but had the opposite effect.

It exposed to the whole world the cavalier way in which information was used and decisions were made. And now, under pressure from the US, the publication of correspondence between George Bush and Tony Blair is being blocked and thus the million-word draft report still lies unfinished.

The experience of these conflicts and the bombing of Libya are the subject of discussion at the Stop the War International Conference on November 30. Also being discussed will be the plight of the Palestinians, many of whom are, once again, refugees since Syria descended into war. Libyan refugees are also dying as they try to make the perilous journey to Lampedusa.

And very much part of the discussion will be the question of the rights for Kurdish people, denied their identity at the end of WWI. The oppression of Kurdish people has been brutal and appalling as governments have restricted their civil liberties.

The conference will also focus on the wars and death tolls in Africa.

The conflicts in Mali and the Central African Republic have been heavily fuelled by the concentration of Western-provided weapons in Libya and through the influence of mainly French, oil and gas companies, as well as other companies throughout north and central Africa.

The conflict in the Democratic Republic of Congo has almost first world war levels of casualties and deprivation as insurgent forces, often backed by neighbouring countries, have sought to occupy much of the eastern and northern Congo regions.

The DRC is one of Africa's largest and poorest countries, with one of the greatest potential supply of minerals and other resources in the whole continent.

We have an opportunity as never before to seriously reconsider Britain's role in the world.

We spend £35bn per year on defence, are fully signed up to Nato and its nuclear programme, and yet we are facing austerity at home and a constant refrain that there is a limit to how much we can spend on education, health or housing.

Both major parties are committed to the replacement of the Trident nuclear weapons system at a cost of £100bn.

There has never been a more important or appropriate time to discuss a role in the world of peace, justice and human rights, rather than armaments, exploitation and oppression of national movements. The Stop the War conference gives us that big chance.

Jeremy Corbyn is Labour MP for Islington North. For more information about the Stop the War conference visit www.stopwar.org.uk. 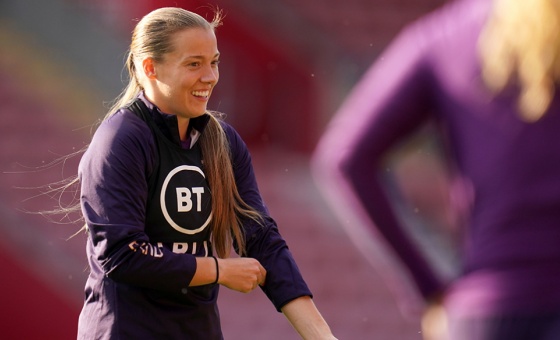 Westminster and Holyrood's records on rail undermine their climate boasts