'See you on the picket line'

Home to the beautiful William Morris Gallery, a closed-down dog track and East 17, Walthamstow is captured perfectly on the superb latest album This Band is Sick from Steve White and the Protest Family.

With White on guitar, harmonica and vocals, Funky Lol Ross on mandolin and electric guitar, Doug E Harper on bass and Russ Chandler on banjo it's a protest album fusing punk and folk that is proud to stand shoulder to shoulder with workers and the oppressed.

But it's not all about doom and gloom, as White explains. “We started the year in typical Protest Family style, agreeing to play a benefit show for UCU members on indefinite strike at Lambeth College.

“By the time we got there it had become a celebration of a successful dispute that had seen the existing staff no longer forced onto new contracts and significant concessions on the proposed terms and conditions for new staff, says White, an FBU activist when not appearing with the band.

“In March we played in support of the National Gallery strikers, another group who we victorious in their dispute, protecting jobs, pay and conditions and forcing the gallery bosses to reinstate the union rep.”

One song that's been a runaway picket-line success this year is Bad Day for Bojo which has gone down a storm at demonstrations against London Underground ticket office closures, as has Mrs Windsor's Geraniums, about the strikes in the royal parks.

But The Protest Family aren't just about playing to like-minded crowds on demos and at trade union socials. It's also important, says bassist Harper to reach a wider, more mainstream audience.

“There's no point just talking to folk that agree with you and although people might only read your pamphlet once, they'll be humming your song for weeks, as Woody Guthrie might have said.”

For White, the last year has been all about “planting rebellious ideas in unsuspecting audience's heads with three chords and a catchy chorus.

And there's a lot to be said for the punk-rock approach — you've got something to say, here's three chords now get out there and say it.”

George of the Jungle is such a song. It's about a Syrian refugee with a degree in dragon-slaying whose contribution to this country would stop at nothing short of becoming its patron saint if only he could get past the border guards in Calais. It's a song White hopes will change minds, “but even if I'm wrong brings hope to those whose minds don't need changing.”

There's plenty of hope around in the shape of a rejuvenated Labour party under Jeremy Corbyn and its impacted on them too. “With plenty of political opinions, band practices can resemble a union meeting with musical instruments at the best of times,” White laughs.

“The mood has changed,” says Harper. “We have seen people register in droves to vote for Corbyn as leader and thousands joining or re-joining the party after his election, me included.”

There was hope too at We Shall Overcome weekend in October, which saw hundreds of gigs all over the country to raise money and collect food to support those hardest hit by the cuts but also to make a stand against the politics of austerity.

It was a “bit like a Protest Family gig,” White grins. “I suspect that some members of the audiences were more aware of the political act that they were engaging in than others but that's how it works, the three chords and a catchy chorus approach but on the kind of scale that makes you think for a moment that yes, you can actually change the world.

“Well done, Joe Solo and his small band of agitators, organisers and activists whose energy and enthusiasm got the whole thing going and I just hope that those who attended don’t just wait for next year's gigs but get involved in political or community activities locally as well.”

The band's got a busy time ahead with a Christmas show next Saturday at What's Cookin' in Leytonstone, east London, gigs in Burston and Glossop and a reunion with Attila the Stockbroker at the Wanstead Tap in February.

“With the Trade Union Bill looking ever closer to becoming law, we'll no doubt be seeing you on picket lines and at demonstrations too,” White says.

If you do catch them in the next 12 months you're in for treat. Steve White and the Protest Family play with a passion that is accessible, engaging, inspiring but most of all fun. This is not po-faced politics but real, honest class storytelling that you can dance to, sing along with and leave you revitalised for the struggles ahead.

The band will be appearing on the upcoming Morning Star compilation album and can be seen at The Ex-servicemans Club, Harvey Road, Leytonstone, London E11 on December 19, details: 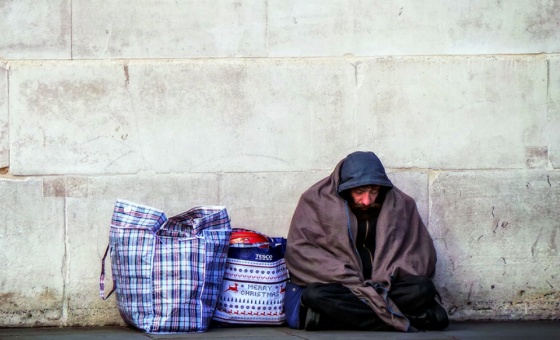