Obituary A life dedicated to the labour movement

PETER LAZENBY writes on the life of a Alex McFadden, a a leading trade unionist

TAKING place today is the funeral of Alex McFadden, a trade union activist who became the oldest member of his union. 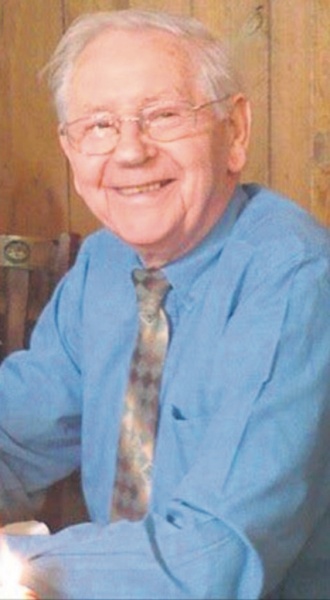 McFadden, who was active in the Rail, Maritime and Transport union (RMT) and its predecessor the National Union of Railwaymen (NUR) died on February 27 at the age of 95.

Mr McFadden lived most of his life in north-east England, where he was a leading local and national figure in his union, representing it in negotiations with national government.

His uncle fought for the Spanish Republic against Franco’s fascists in the 1930s.

Mr McFadden joined the Communist Party of Great Britain, but left in the 1950s and later joined the Labour Party. He subsequently quit in disgust as Labour presided over anti-working class cuts.

He joined the NUR in May 1940 when he began work as an engine cleaner in Gateshead at the age of 17. He later became a fireman and then an engine driver. His first union post was shed secretary.

Later he was elected secretary of the influential Gateshead No 1 NUR branch, with a thousand members, and 15 NUR members sitting on Gateshead Council.

He then became a full-time NUR officer in Scotland, but returned to England as North East regional secretary, a job he held until retirement in 1987.

His first period involved with national office was shortly after Harold Wilson’s Labour government came to power in 1964.

In 1966 the union found itself in dispute and, as a member of the NUR negotiating committee, McFadden met Wilson and other government officials at 10 Downing Street over “beer and sandwiches” in an effort to find a resolution.

McFadden remembered fondly that, after settling a crucial deal on freight liner terminals in 1967, he was invited by government minister Barbara Castle to the Ministry of Transport to celebrate, along with others on the negotiating committee.

“It wasn’t beer and sandwiches that time, but the hard stuff,” he recalled.

He was active in the 1984-5 miners’ strike against pit closures. As a regional official in one of the mining heartlands he played an important role in organising practical solidarity — including provision of a turkey for every miner’s family at Christmas.

The late Dave Hopper, general secretary the National Union of Mineworkers (NUM) North East Area, said of him: “Alex was regional secretary of the NUR at the time of the strike and a very good supporter of the miners and the NUM.

“No members ever crossed a picket line and we had a lot of financial support from branches and individuals for which we will always be grateful.”

Alex was later invited to join the platform at the Durham Miners’ Gala.

He remained active after he retired in 1987, and Bob Crow, the late general secretary of the RMT, was a visitor to his home.

His funeral takes place at noon today at Birtley Crematorium in Chester le Street, DH3 1PQ, followed by a celebration of his life at the Moulders Arms.