Book Review Acute angles on the revolution that changed the world

“DO WE really need another book on the Russian revolution?” David Morgan asks rhetorically in his preface to this publication. 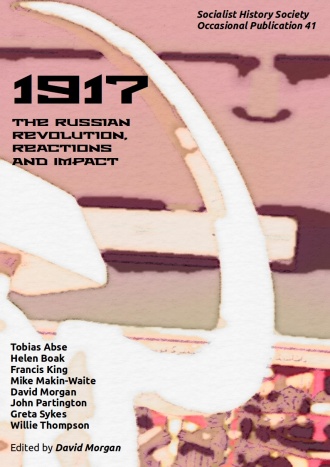 The answer is “yes” if it deepens our understanding of those historical events and provides a fresh perspective and this volume of short essays by eight perceptive and challenging historians does just that.

While it must have been a severe challenge to the authors to write intelligently and with new insights, given that they have only a few pages, they rise to the challenge admirably. Succinctness can be a bonus at times.

Willie Thompson evaluates the lessons of October and their British resonance, Francis King looks at the consequences of the split in the European socialist movement as a result of the Bolshevik revolution, while Mike Makin-Waite examines the multidimensional aspects of Lenin’s thinking.

He argues forcefully against those who see Lenin as a prophet who foresaw historical developments. Lenin and his thinking have to be seen in their concrete historical context, he maintains, and demonstrates that he was much more a man responding creatively and courageously to rapidly changing contingencies than one who followed a rigid and preconceived trajectory.

Helen Boak discusses the impact of the revolution on Germany, seen by many Marxists at the time as the natural successor to Russia in the revolutionary domino sequence and Tobias Abse looks at an often neglected territory, giving valuable insights into the revolution’s impact on Italy.

Fascinating, highly readable and stimulating, it's a work that studiously avoids the constipated language and thinking of so many left-wing texts as well as the ongoing right-wing vituperation and dismissal of the whole revolutionary experience as a misconceived social experiment carried out by demonic fanatics.

Available from Housmans, Bookmarks and direct from the Socialist History Society, email: francis@socialisthistorysociety.co.uk