Fiction Review All the ingredients for a literary feast

FISH Soup by Colombian author Margarita Garcia Robayo brings together two novellas and the short-story collection Worse Things, winner of the prestigious Casa de las Americas prize, and it's something of a triumph. 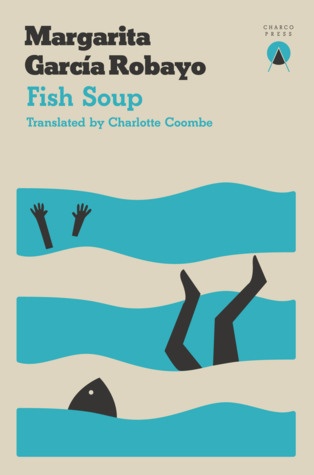 With characters who are disillusioned with society, the status quo and their daily lives, it constantly challenges expectations of gender and female subjection, Latin American collective memories, sexual desire and personal dilemmas.

The female protagonist in the novella Waiting for a Hurricane narrates her story with a voice rich in cynicism yet one that is moving and frank. A young woman from the Caribbean coast of Colombia, she has one thing in mind — to escape the poverty and corruption in her home country and move elsewhere.

Along the way she meets a much older Argentinian fish seller with a shack by the sea, with whom she ends up having frequent sex and who tells her stories that help her escape from constant disillusionment with family and life.

She gets a job as a flight attendant and, frequently travelling to Miami, has the idea of one day staying in the US. There, she starts a relationship with the son of an Ecuadorean emigre, a man obsessed with luxury brands but who lives off his parent’s welfare money.

It's a story full of setbacks and disenchantment, as when she recounts the tragedy of her family devastated by a torrential downpour. “My dad lost a taxi: it filled up with water, right up to the engine and had to be scrapped. That time, he sat everyone down around the table and declared: 'now we are poor' and started to cry like a little child.” Yet for the protagonist, “being poor was exactly the same as not being poor. There was nothing to worry about.”

In the semi-autobiographical novella Sexual Education, Robayo brilliantly explores the life of a female student as she grapples with the strict teachings in school. It's a story that casts a sharp eye on the Catholic church in Colombian secondary education, its doctrines of abstinence and anti-abortion and how students deal with, or not, those teachings in their own social circles.

Along the way it reveals the double standards, cynicism and moral bankruptcy of a misogynist society and tackles head-on an issue currently at the top of the political agenda in Argentina, where the writer currently lives.

Superbly translated by Charlotte Coombe, Fish Soup confirms Garcia Robayo as one of the most exciting and unique voices of the new generation of Latin American writers. Its dark humour, blunt language and razor-sharp descriptions, as well as deep psychological insights, make it a must-read for those interested in discovering the best emerging voices from Latin America.

Sunday 24th May 2020
Exclusive: MSP's ‘racist’ intervention on Palestine
Sunday 24th May 2020
The US has declared a vaccine war on the world
Thursday 30th Apr 2020
Cuban doctors recommended for Nobel Prize in recognition of coronavirus efforts
Sunday 24th May 2020
Protests outside home of Johnson's aide Dominic Cummings following allegations he broke lockdown rules
Thursday 21st May 2020
How the government is gaslighting the public on herd immunity
Join the 501 Club