The Empire Windrush ship, which brought people over from the Caribbean to Britain in 1948
×

ANTI-RACIST activists have united to launch a Windrush Defence Campaign in “rebellion” against the government’s abhorrent treatment of Commonwealth-born British citizens, the Star can reveal today.

The group said it would be staging an “uprising” against the Home Office fostering the “hostile environment” which Home Secretary Amber Rudd said had intended to force migrants to quit Britain. 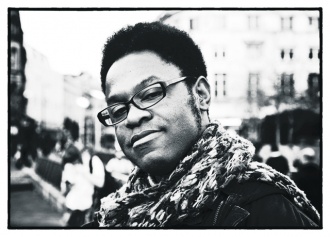 Campaign founder Ikem Nzeribe is a British-born artist whose parents came to Britain from Biafra in Nigeria before civil war tore through the country in the 1960s.

He warned that people have been seen begging on the streets of countries they have been deported to under policies introduced by Ms Rudd and her predecessor PM Theresa May.

He told the Star: “The Windrush Defence Campaign is an uprising. It is a rebellion. It is a line crossed.

“We have convened to defend our elders, who have been targeted by the Conservative government.

“We defend not only legacy, but our very presence as black people in this country because it is our sacrifice, innovation and culture which is the foundation stone of modern Britain.”

“We want an end to rendition, where people are bundled off secretly onto a plane – that is rendition.

The campaign was launched at a packed meeting on Saturday in Manchester, held appropriately at Windrush Millennium Centre in Moss Side, an area with a high immigrant population.

More than 60 people attended to draw up a set of demands which will be published next week and will be put to the government.

They include immediate re-entry to Britain for those deported, immediate release of people held in detention under the policy and an immediate end to forced deportation.

Speakers at the meeting included immigration lawyer Sukhdeep Singh from Greater Manchester Law Centre, which has been inundated with pleas for help from people frightened that they may be arrested and deported.

He said there were people afraid to travel abroad to visit relatives for fear they would not be allowed back into Britain.

Over the weekend, more than 200 MPs – mainly Labour MPs – wrote to Ms May urging her to enshrine promises made to Windrush generation British citizens in law “without delay.”

They also accuse Ms Rudd of making up immigration policy “on the hoof” in a bid to save her skin amid the scandal.

She is also facing numerous calls to resign for claiming that she was unaware of the Home Office’s use of targets for removing illegal immigrants – a group that Commonwealth-born British citizens are not part of.

A memo leaked on Friday suggested she had been notified of the use of targets – while Tory chairman Brandon Lewis has now confirmed he discussed deportations with Ms Rudd.

Communities Secretary Sajid Javid pleaded with ethnic minority voters to look at the “bigger picture” when it comes to the local elections on Thursday rather than focusing on the Windrush scandal.

Labour, however, made clear that there would be no let up on the pressure on Ms Rudd – who apologised on Friday in a series of late night tweets for not knowing the Home Office did use immigration targets, when she had previously said it did not.

In a separate letter to Ms May, shadow home secretary Diane Abbott said Ms Rudd should resign or be sacked, as well as be investigated over whether she breached the ministerial code over the targets.