YOUNG people across Britain took to the streets today as part of global strikes against environmental chaos.

The protests, which were among the largest in recent history, saw parents, teachers and trade unionists joining schoolchildren to demand urgent government action on the climate emergency. 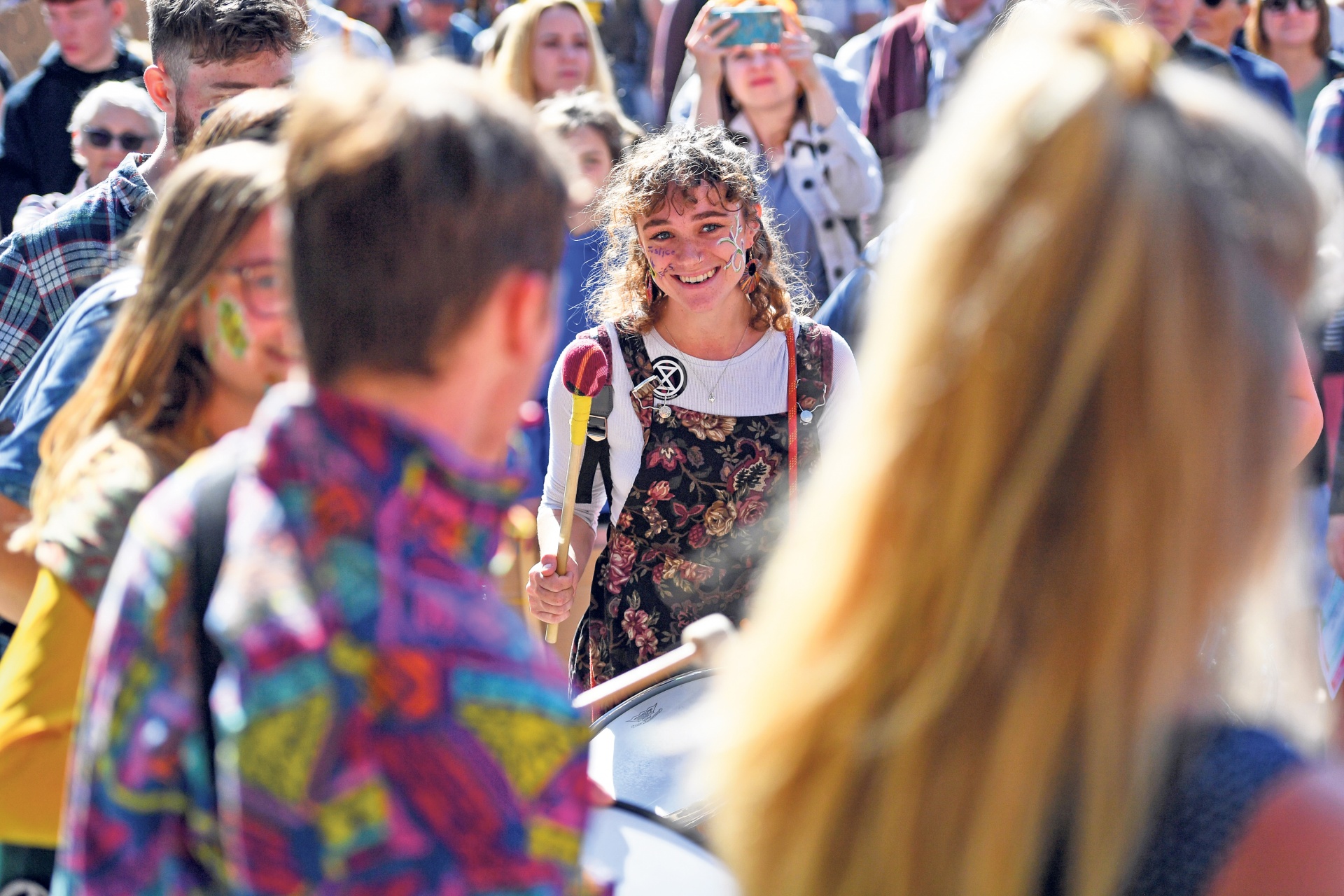 Tens of thousands of people gathered in central London in a festival atmosphere where Labour party leader Jeremy Corbyn addressed the crowd to thank the young people for their “inspirational” determination to act on climate change. 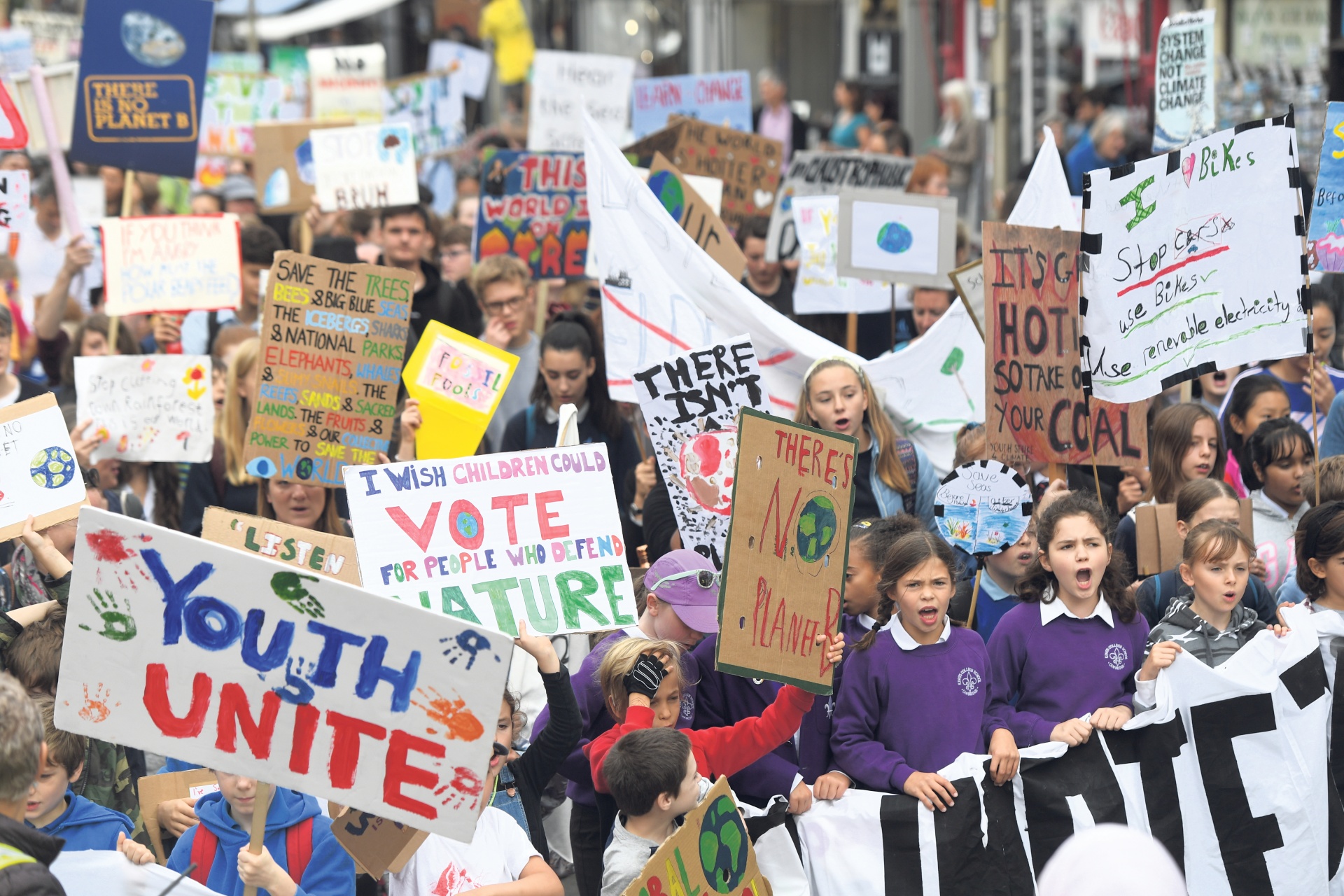 “The US president is a full-blown climate [change] denier, putting our planet in danger by pulling out of the Paris climate agreement,” Mr Corbyn said as the demonstrators booed in agreement.

“Every country needs to sign up to the agreement and go much further than that.” 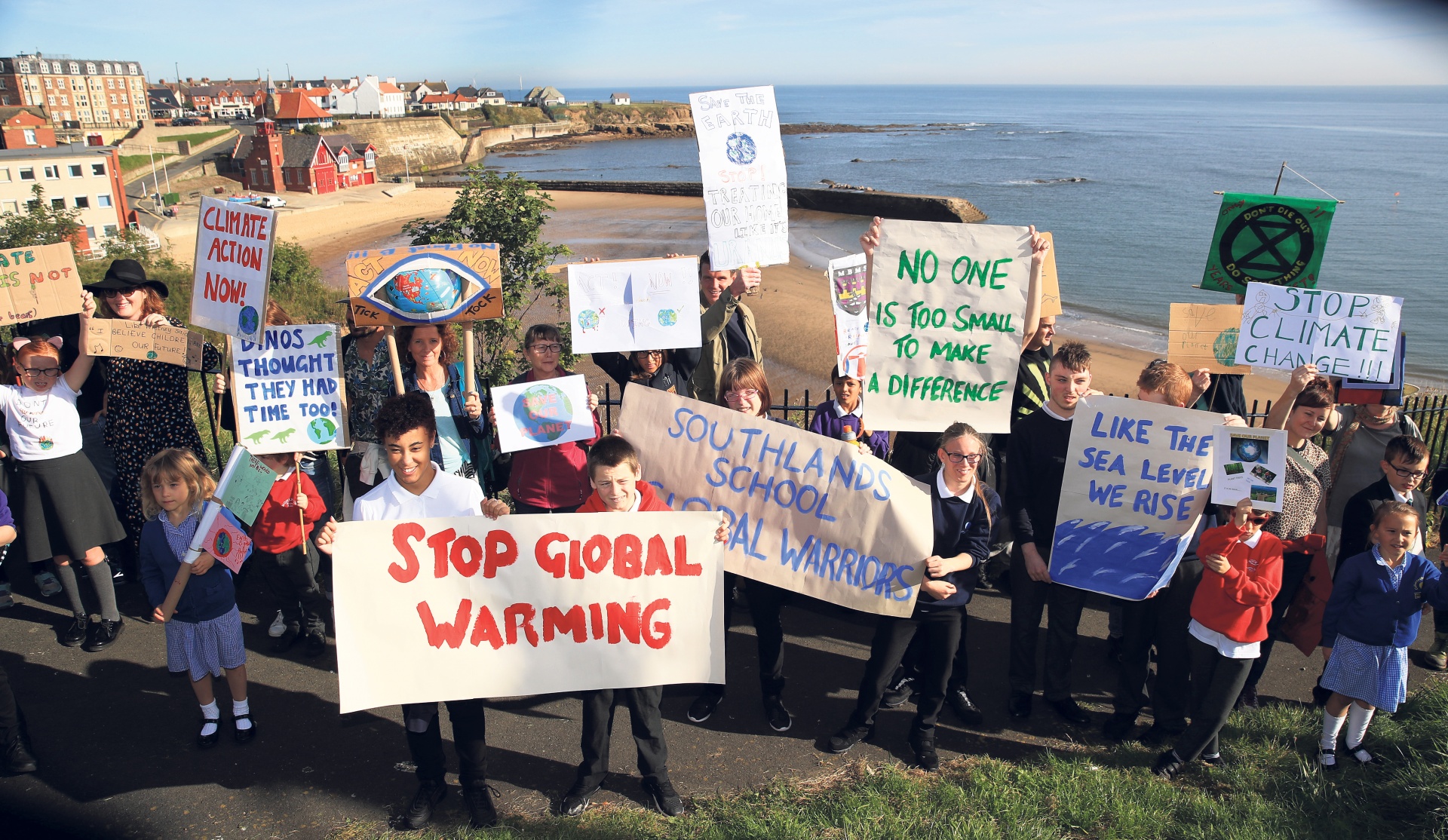 “Climate change has no national boundaries and can only be tackled with international action,” he said, adding that there was a need for a “green industrial revolution” and that “green jobs that will preserve the environment rather than destroy it.”

Some of the most dramatic protests took place in Preston, where striking students occupied the headquarters of Lancashire County Council and were threatened with arrest by police. 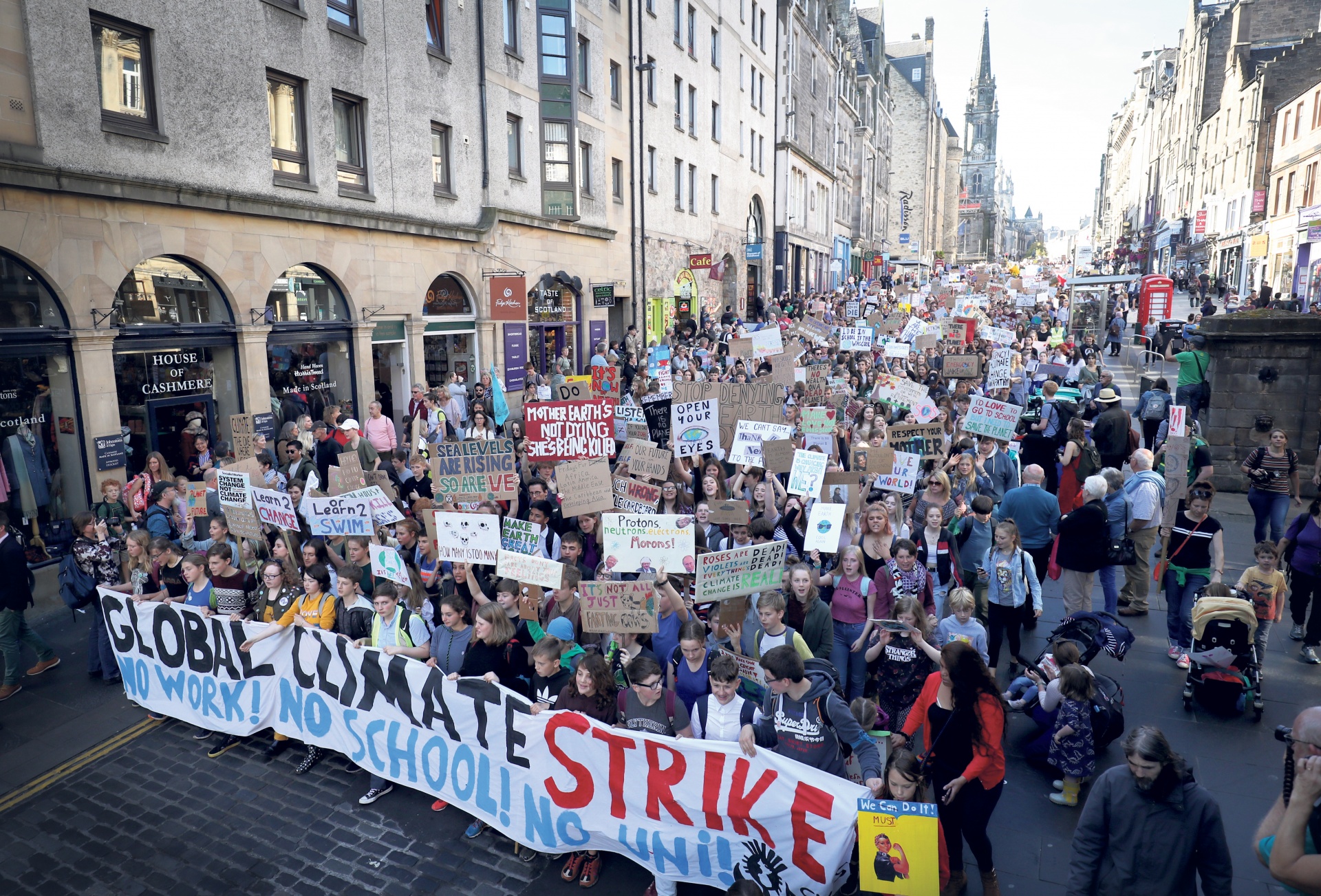 The students demanded to meet council officials to discuss the nearby fracking site at Preston New Road.

The site is operated by energy firm Cuadrilla and since its operations began the area surrounding the site has suffered more than 100 earth tremors. 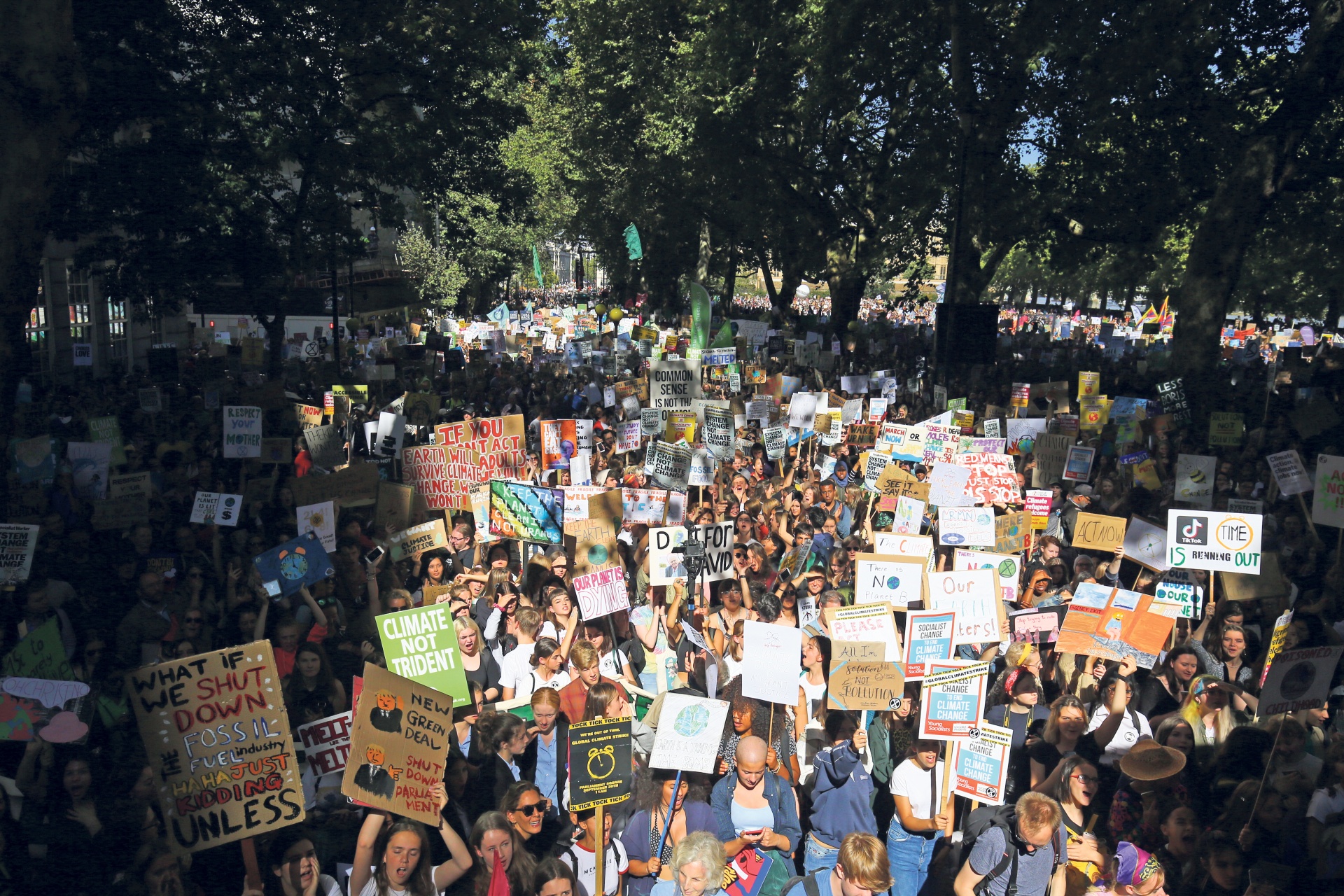 One protester said: “It’s huge — the biggest demonstration in the city in years.”

In Salford, Greater Manchester, the city council gave workers half a day off to take part in protests. 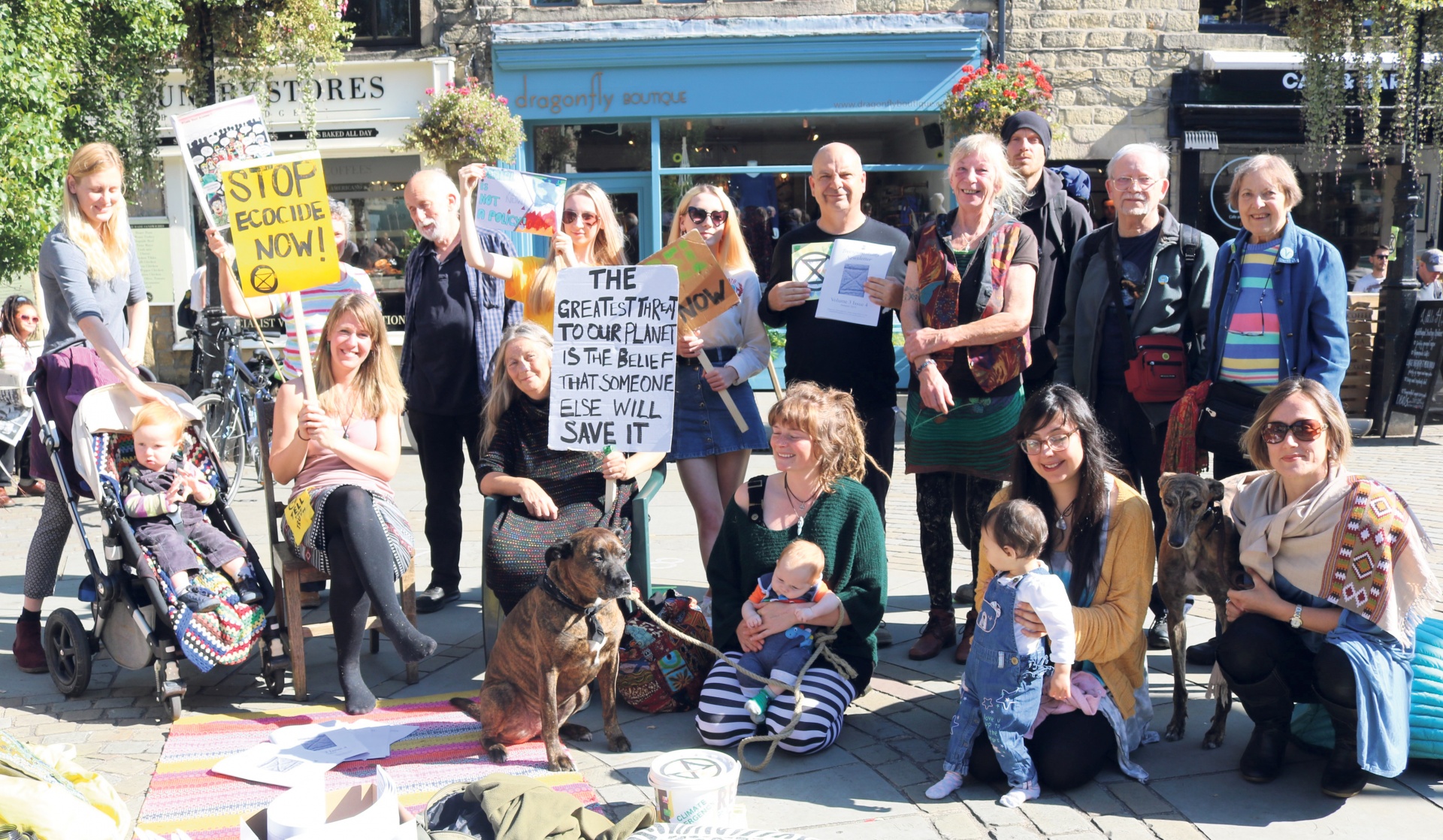 Alec McFadden of Salford Trade Union Council said: “We asked the council for half an hour for council staff to take part. They said take half a day.

“We had a rally at the civic centre with speakers and the stars were two schoolchildren eight and nine years of age. They were amazing.”

Other climate strikers included a group who demonstrated in the town square in Hebden Bridge, near Halifax in West Yorkshire.

Protester Helen Chuntso said: “We must use the law against eco-crimes to protect people and planet — corporations which exploit the earth’s resources must not be allowed to continue, and we must change government policy which supports them.”

Martin Body, an Extinction Rebellion activist, said: “We are staging a camp here in Hebden Bridge.

“There are adults from work taking time off to raise the profile of the dire straits of the climate around the world.”