TRADE unionists demanded action from the government to tackle racism throughout Britain today, describing this discrimination as “one of the most potent public-health issues” we are facing this century.

Delegates at this year’s TUC Congress were told that they have a crucial role to play in defending the rights of black workers.

The debate was held following a number of high-profile deaths of people of colour worldwide, while BAME people face disproportionate effects of the coronavirus pandemic.

Representatives from the Communication Workers Union (CWU), Unite, the Artists’ Union England, GMB, PCS and others spoke of the importance of improving conditions for black workers, calling for employers to be held to account.

Former TUC president and Unison official Gloria Mills said: “We have demonstrated that we are on the front line, not just in fighting to protect your interests, but we are actually fighting and pushing back the boundaries in terms of protecting workers’ rights, equality and employment rights.”

The debate was held in support of a motion put forward by the TUC’s general council aimed at tackling racism, and calling for action from the government.

These demands include the prompt implementation of all recommendations from the Windrush Lessons Learned review, the 2017 Lammy review of the criminal justice system, the government Race Disparity report and the McGregor Smith report.

Further changes, including greater rights for migrants, refugees and asylum-seekers are also included.

Daniel Kebede of the National Education Union said: “Our struggle is far from over and, as this crisis deepens, the powerful will try to make our people pay. Homeless, evictions, unemployment, all set to rise and the powerful will use racism to try to scapegoat their way out of it.

“It is up to us as trade unionists, as white workers and black workers stood together, to be at the forefront of fighting racism and every injustice that racism enables.”

The TUC launched a task force today aimed at combating racism. It will be led by Dr Patrick Roach, general secretary of teaching union NASUWT.

A community rallies round against child hunger 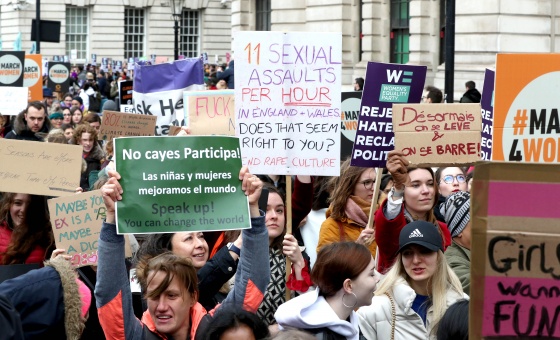