Tory MP for Calder Valley, Craig Whittaker, has voted against measures to prevent climate change 17 times, according to his voting records
× 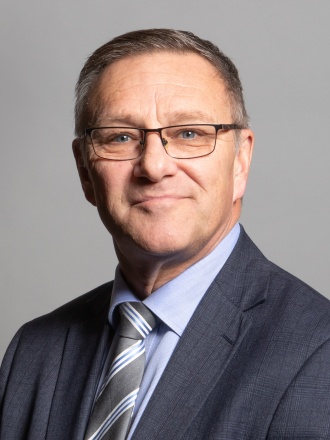 Craig Whittaker also voted against measures to prevent climate change 17 times, according to his voting records.

His constituency includes a string of communities along the river Calder that have been repeatedly devastated by floods.

Among them are the villages and small towns of Todmorden, Hebden Bridge, Mytholmroyd, Luddendenfoot and Sowerby Bridge.

In recent years the communities have been severely flooded three times: in June 2012, on Boxing Day 2015 and again this year on Sunday.

Two weeks after the 2015 floods the Commons debated a motion calling for annual spending on flood defences to be increased from £695.3 million to £800m.

Mr Whittaker voted against the motion, which was defeated.

Calderdale Labour councillor Scott Patient, who lives in Mytholmroyd, told the Morning Star that the construction of flood defences in the community has been hindered by funding problems.

The project mainly involves building walls to contain the River Calder, which bisects his community and others, including nearby Hebden Bridge.

Work began in June 2018 and is due for completion in July or August this year. The completed defences will have cost £33m.

Mr Patient said: “It has been an uphill struggle securing funding for it. There have been points in the scheme where funding was required and they had to wait for the next year. We had to lobby hard.

“There have been points where it has run overbudget. The reality is that it was not properly funded from the start.”

Mr Patient, who is a member of Calderdale District Council’s climate change and environment cabinet, said that while the scheme struggled to get funding, the government was providing subsidies for landowners who are clearing vital Pennine moorland above the Calder Valley for grouse shooting.

Burning off moorland removes flora such as mosses that absorb and store water, increasing run-off in rainstorms.

“They get subsidies from the government to do that,” said Mr Patient said. “[Environmental activist and journalist] George Monbiot put it very well when he said these floods are publicly funded.”

Mr Patient said there was anger in the community.

“There is a lot of anger, mostly against the Environment Agency at this time because of the length of time the work is taking — but again that is down to it not being sufficiently funded from the start,” he said.

He said that the repeated floods were driving out residents. “We have always had flooding in the village, that is accepted. But it is the frequency of the storms we are getting now and the severity.

“Sadly some whose homes and businesses were affected have had enough and are going to move away. We don’t want to become a ghost town.”

He said he hoped the flooding would send a message to Prime Minister Boris Johnson over his scepticism towards the climate crisis.

“Friends of the Earth analysed the election manifestos of all the political parties in terms of climate change and the Tories were staggeringly at the back,” said Mr Patient. “It is not high on their agenda.

“Boris Johnson is definitely a cynic, even though 99.5 per cent of scientists agree. I am hoping this will kick his bum.”

Many of Sunday’s flood victims are not insured. A local community foundation has allocated £250,000 to a fund to help victims and hopes that donations will swell it to £1 million.

“We are also asking the government for emergency funds so we can do what we did last time: give people grants,” said Mr Patient.

Mr Whittaker had not responded to requests for comment at the time of going to press.

But Tory MP Philip Davies branded it “completely unacceptable” that many of his constituents in Shipley, West Yorkshire, which was also flooded during Storm Ciara, had also been victims of the 2015 floods.

Fears of a political coup in Honduras