In-depth analysis of a Europe in disintegration

ONE of the difficulties with books written by academics is that they often have a tendency to become narrowly focused within the author's specialism. Europe's Crises is not such a book. 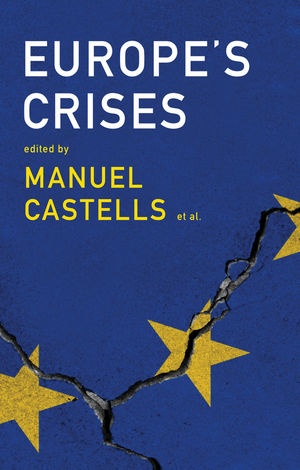 Edited by leading academics from the fields of sociology, economics, communications science and science and technology, its 18 essays are drawn from a wide spectrum of disciplines.

The book's driving argument is that, rather than one existential crisis, the European Union is facing multiple inter-related dilemmas and in the section on economics there are essays on European integration, the Greek crisis, the European banking system and cross-border collaborations in science and technology funding.

Europe's Crises takes the reader on a journey of relationships and interdependencies, from Maastricht to Brexit, via Lehman Brothers, Schengen, refugees, austerity, neofascism and Podemos and, because the book is a collection of many different voices, the essays range from the very readable to, at times, the dry and highly specialised.

But to have encompassed everything in a more digestible format would have more than likely oversimplified what is a complex amalgamation of problems. Unlike the mainstream news media's insistence on hiding the wider context, the ­reader is constantly reminded of the history, geography and wider geopolitics impacting on the daily lives of Europeans.

Many living on the continent face multiple crises, from rising unemployment, the increase in living costs, underfunded public services, transnational corporations bleeding governments dry and a rise in right-wing extremism.

This isn't how it was meant to be. Closer European integration held a promise for greater equality, freedom and community, but, while the rich and powerful argue over which of them should be in charge, the majority suffer from their arrogance and greed.

The first stage of standing up to power is having enough information to see through its lies. Europe's Crises is an excellent starting point for doing exactly that.

Nicolas Lalaguna is the author of Seven May Days.