The latest from Jean-Louis Matinier and Kevin Seddiki, Lucinda Williams and GoGo Penguin 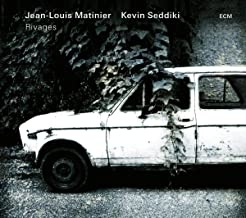 Having met at Royaumont Abbey, an intercultural exchange and study centre just outside of Paris, the album was recorded in an “acoustically responsive” studio in Lugano, Switzerland and the music ranges far and wide, from a pensive version of French composer Gabriel Faure’s Les Berceaux to an unrecognisable take on the English folk song Greensleeves.

A number of the tracks are improvised, including the tumbling Feux Follets and the solo guitar piece Derivando.

The accordion creates a warm, continental ambience and the inventive arrangements and playing means Matinier escapes the twee and occasionally grating sounds his instrument is sometimes known for.

Rich and contemplative, Rivages is a real pleasure.

40 YEARS into her critically acclaimed career, Louisiana-born Lucinda Williams is back with a new album that shows she still has a helluva lot of fire in her belly. 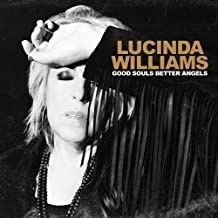 Eschewing the personal heartbreak she is best known for, the record is an Old Testament take on contemporary America, from Trump takedown Man Without Soul (“You’re a man without shame/Without dignity and grace”) to Bad News Blues, a critique of the news media replete with Dylanesque lyrics like “Fools and thieves/Clowns and hypocrites.”

Wakin’ Up is a harrowing track detailing domestic violence, while Big Black Train is about warding off depression.

Musically, the set is the 67-year-old’s heaviest yet, full of loud and bluesy rock, with a couple of exquisitely restrained tracks like When The Way Gets Dark.

Another brilliant album from Williams that stands up to her best work.

HAVING been nominated for the Mercury Music Prize in 2014, Manchester-based experimental jazz trio GoGo Penguin release their fourth album.

Customarily, a self-titled record signifies a strong artistic statement and this terrifically exciting instrumental set doesn’t disappoint. “We have all found our place... this is how we want to play as a band,” pianist Chris Illingworth comments on the music.

While previously efforts have been recorded very quickly, the band – with Rob Turner on drums and Nick Blacka on bass accompanying Illingworth – gave themselves much more writing and studio time.

Moving from urgent, forceful tracks (Signal In The Noise and the foreboding To The Nth), to dancey electronica (Kora) and more melodic conventional jazz piano playing (Embers), the complex songs are eminently listenable. The drumming is particularly inventive, with hooks galore to grab onto.