Latest releases from Lina-Raul Refree, Psycho Comedy and The Trillionaires

LINA and Raul Refree take fado out of its comfort zone but the results are somewhat mixed. 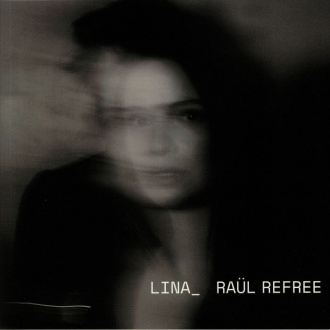 Like tango or flamenco, fado is formulaic but that is its grace and raison d’etre. It is all about interpretation, in which the singers’ voice alone defines and shapes the song.

Lina has a magnificently emotive timbre and great interpretative range but too often they are obscured by Refree cerebral, over-thought and distracting electronic interventions.

There is no accounting for taste and do have a listen if there’s a fadista in you.

THE PSYCHO Comedy collective were formed in Liverpool in 2015. A quintet, its current line-up is regularly augmented by poet Matthew Thomas Smith and artist Sophia Rose Powell. 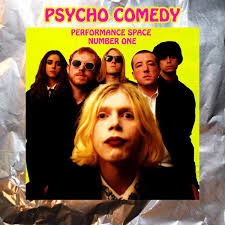 Debut album Performance Space Number One is unlike anything heard in a long while and is nothing short of remarkable.

The polyphonic structures of their rock’n’roll, delivered with joyous gusto and quite phenomenal individual musicianship in the arrangements is astounding, as is Jack Williams’s sublime drumming.

Lyricist Shaun Powell fronts proceedings and doesn’t mince his words on stunning single Standin’: “It remains to be seen if everybody’s clean ... this country is on its arse like the Christian cross” and such activist concerns reverberate through The Hangman, Pick Me Up, One or Performance Space Number One. Awesome, as is Islands, a recitation from Thomas Smith.

The Trillionaires
The Story of Humanity
(Help Records)
★★★★★

THIS third collection of songs from the Trillionaires – the brainchild of Barry Ewart, a trade unionist for all seasons – is as, might be expected, political with both a small and large P. 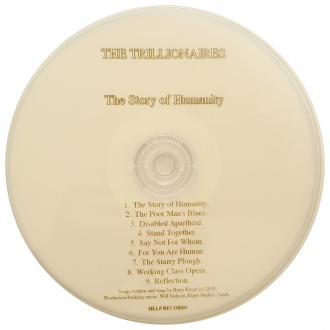 Around the political issues it addresses, it beautifully creates a solemn sense of affirmation.

The incisive arrangements are rich and varied in their musical references, with echoes of rock, reggae, folk and even music hall on Working Class Opera.

But, ultimately, these are stand-alone ballads of outstanding quality.

The brilliantly metronomic Say Not For Whom, the superb, pounding Disabled Apartheid, with its exquisite guitar riff, Stand Together – a sumptuous hymn to unionisation: “Listen to us, we’re trade unionists” – or the truly glorious and rousing Working Class Opera: “We’ll fight for what’s right every working day,” will gladden many a heart including, surely, the likes of Len McCluskey’s.