LIVERPOOL/NATIONWIDE
Leonardo da Vinci: A Life in Drawing
Walker Art Gallery
Until May 6

This free exhibition of 12 Leonardo da Vinci drawings, coinciding with 11 other simultaneous shows nationally, marks the 500th anniversary of the Renaissance master's death. It explores the diversity of subjects that inspired his creativity, including painting, sculpture, architecture, music, anatomy, engineering, cartography, geology and botany.

Hailing from the Bronx, ESG was formed at the start of hip-hop and became the most sampled of groups ever among their contemporaries such as Public Enemy, LL Cool J, Marley Marl and Grandmaster Flash.

Adopted by the underground dance scene, ESG are the only group to play the opening night of Manchester's legendary Hacienda and the closing night of New York's equally legendary Paradise Garage and their sparse, raw, percussion-led sound continues to inspire and influence new generations. 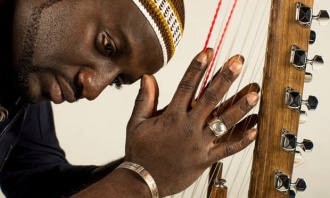 The Lost Words was created by author Macfarlane and artist Morris in response to the removal of everyday nature words from a children’s dictionary but grew to become a broader protest at the loss of the natural world around us and a celebration of its wonders.

An evening of “spells of many kinds that might just, by the old strong magic of being spoken aloud, unfold dreams and songs and summon lost words back into the mouth and the mind’s eye,” is promised.

Written and performed by David Judge, himself of dual heritage, SparkPlug is described as a lyrical and energetic monologue which explores issues of family, race, identity and love. 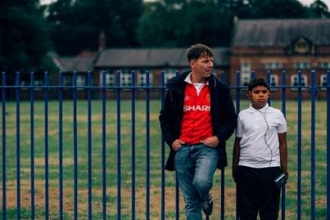 It's tells the story of a white man who becomes the adoptive father, mother and best friend of a mixed-race child and is unflinching in its portrayal of real situations as it explores racism, violence and masculinity.

Should be well worth seeking out – it tours nationally until April 13 after these Manchester dates.