The Uninhabitable Earth: A Story of the Future
by David Wallace-Wells
(Allen Lane, £20)

CLEARLY intended to shock, last month the Guardian published a report warning that climate risks were similar to the 2008 financial crash. 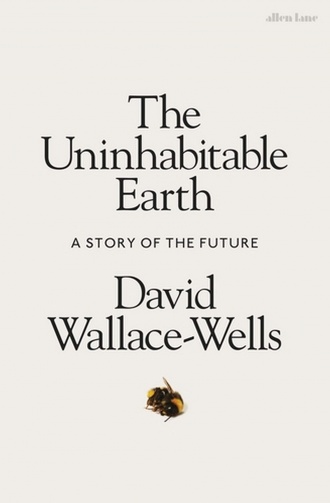 The problem with this formulation, to partially quote the soon-to-be-iconic first sentence of The Uninhabitable Earth, is that “it is worse, much worse” than this. “What climate change has in store is not... a Great Recession or a Great Depression but, in economic terms, a Great Dying,” David Wallace-Wells argues in his book.

The 2016 UN Paris Agreement, which aims to limit warming to an increase of 2°C on pre-industrial levels, gave hope to many. But Wallace-Wells, deputy editor of New York magazine, injects a dose of frightening realism into the debate, noting all the commitments made at the summit by the 195 signatories would still mean 3.2°C of warming by 2100.

And, most terrifyingly of all, as of 2018 “not a single major industrial nation was on track to fulfil the commitments it made in the Paris treaty,” he explains. It means that “warming of 3 or 3.5°C degrees would unleash suffering beyond anything that humans have ever experienced.”

The core of the book fleshes out this alarming reality. They reveal how climate change is raising sea levels, increasing wildfires and disease, reducing crop yields, killing the oceans and making conflicts more likely.

In a section which is an expansion of his 2017 magazine article that went viral, Wallace-Wells  is right when he says that it contains “enough horror to induce a panic attack in even the most optimistic.”

He notes that the planet has experienced a fifty-fold increase in the number of dangerous heatwaves since 1980 and that even if warming is limited to an increase of 2°C, big cities in the Global South like Karachi and Kolkata “will become close to uninhabitable,” contributing to a massive increase in refugees.

Frustratingly, when the mainstream media reports on climate change it invariably uses 2100 as the end point for projections. In contrast, Wallace-Wells inconveniently highlights that the death and destruction will not end there. In fact, some observers call the 100 years after 2100 “the century of hell.”

A necessary and urgent wake-up call, The Uninhabitable Earth is the most important book about climate change since Naomi Klein’s 2014 This Changes Everything: Capitalism vs the Climate. But while Klein focused on the ideology of economic growth as the central driver of climate change, the topic is largely – and strangely – absent from Wallace-Wells’s work.

Although he emphasises how climate change is “the biggest threat human life on the planet has ever faced,” highlighting the Intergovernmental Panel on Climate Change’s push for an immediate global mobilisation on the scale of WWII, exactly how people should organise to stop climate change is not something that he dwells on.

“I think there just has to be an energetic mass popular movement,” was US academic Noam Chomsky’s recent take on the necessity of large-scale activism on climate change.

Likewise, Klein recently tweeted three central questions for assessing the candidates in the upcoming 2020 US presidential election: “1. Who best understands that anything short of transformative action on climate is tantamount to genocide? 2. Who, if elected, will be most porous to social movements/least likely to seal themselves off with elite consultants? 3. Who has a solid chance of beating Trump if we all work like hell?”

Similar questions need to be asked at the next general election in this country and across the globe if humanity is to stand any chance of arresting the ongoing and escalating existential threat of climate chaos.