Books Corporate killer on the loose

“RELIGION is the opium of the people,” Marx wrote in 1843, when the first “opium war” had only just finished. At that time, opium was not just a drug, it was a direct weapon of the British Empire. 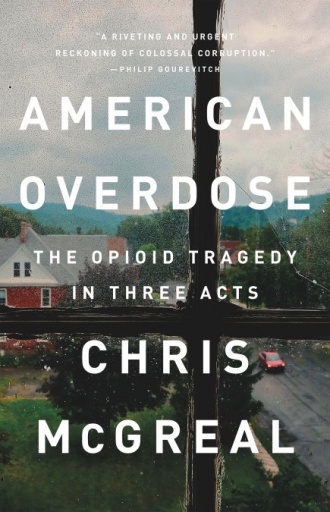 Now medical science has developed opioids, synthetic drugs which act on the same receptors as opium, yet are even more powerful. And, like opium, they have been weaponised by capitalism to devastating effect.

In American Overdose, Chris McGreal demonstrates how US companies have systematically conspired to create an epidemic abuse of opioids such as OxyContin. It's estimated to have killed at least 350,000 Americans since 1999.

McGreal lays bare the interlinked systems of oppression which force people into drug use, making explicit why the crisis started where it did in regions such as West Virginia. Ruthlessly exploited by mining and logging companies, miners routinely self-medicated with opioids to cope with the pain of physical labour.

As more powerful prescription opioids became available, the introduction of drugs tests meant that miners could be fired unless they provided a prescription showing they had a “legitimate” medical condition.

Pharmaceutical companies pushed ever more-powerful opioids as a one-stop cure for all social ills and miners who started off taking opioids to do their job became addicted. After the jobs left, people then did the drug companies’ work for them, dealing to their friends to bring in money and producing more addicts.

McGreal's anger is palpable in the powerful stories he  has assembled of victims of this vicious cycle and they're a difficult read. As he writes in the introduction, the crisis shows what happens when medicine is “a business for corporate profit.” That should be a forewarning to the NHS about the risks of privatisation.

In deconstructing the lies of the pharmaceutical industry, McGreal’s forensic account is at its best in following the propagation of dubious statistics from scientific papers through to corporate rhetoric.

It’s an often confusing story of intertwined corporations and federal agencies, leavened by a cast of dodgy grifters who dispense astronomical levels of opioids through so-called “pill mills” in rural towns.

Among the colourful characters is one Henry Vinson, who ran credit card payments for his escort business through his bus-driver mother and laundered money through his funeral business, listing money obtained through sex work under “urns and funeral accessories.”

Unfortunately, space devoted to these comparatively small-time crooks means that the real corporate villains remain just names. The Sackler family, philanthropists and owners of Purdue Pharma who developed OxyContin, only appear in a few brief paragraphs — clearly, an added afterthought for the first edition.

McGreal is still reporting in The Guardian on ongoing corporate manoeuvres to evade responsibility,  and hopefully a revised future edition of his book, detailing those and the “philanthropic” angles of this disturbing story, is in the works.