PATRICIA BAKER-CASSIDY reflects on holiday pictures with an evocative message

IN HIS book The Holiday Pictures, photographer Paddy Summerfield does not offer the glamour of Deauville and Biarritz. This is the British seaside, where sunlight can give way to rainy pavements and overcast skies. 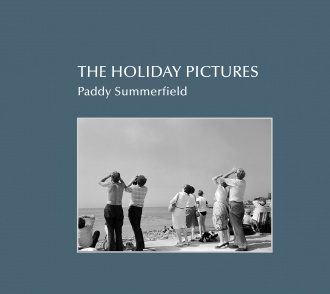 And here we all are — children and parents, babies and teenagers, people of all ages and from all over, sharing the magic of the coast. We see them in families, in couples and crowds, or isolated and alone under sunlit skies.

Bored or lost in thought, they doze or daydream, caught up in play or watching sky and sea. They cross the sands, they wander along promenades and piers and endlessly photograph, making holiday memories.

Just as the background of beach and sky creates visual isolation, so Summerfield shows some who seem emotionally alone, sometimes poignantly, sometimes self-contained and absorbed.

A woman with her walking frame struggles on the soft sand while the shadow of an unseen bird symbolises lost freedoms. A girl plays with a football, her shadow dancing with her and in one shot a young woman stares at her mobile phone, while behind her — separated by a low wall — her child stands cradling her dolls, gazing wistfully away. 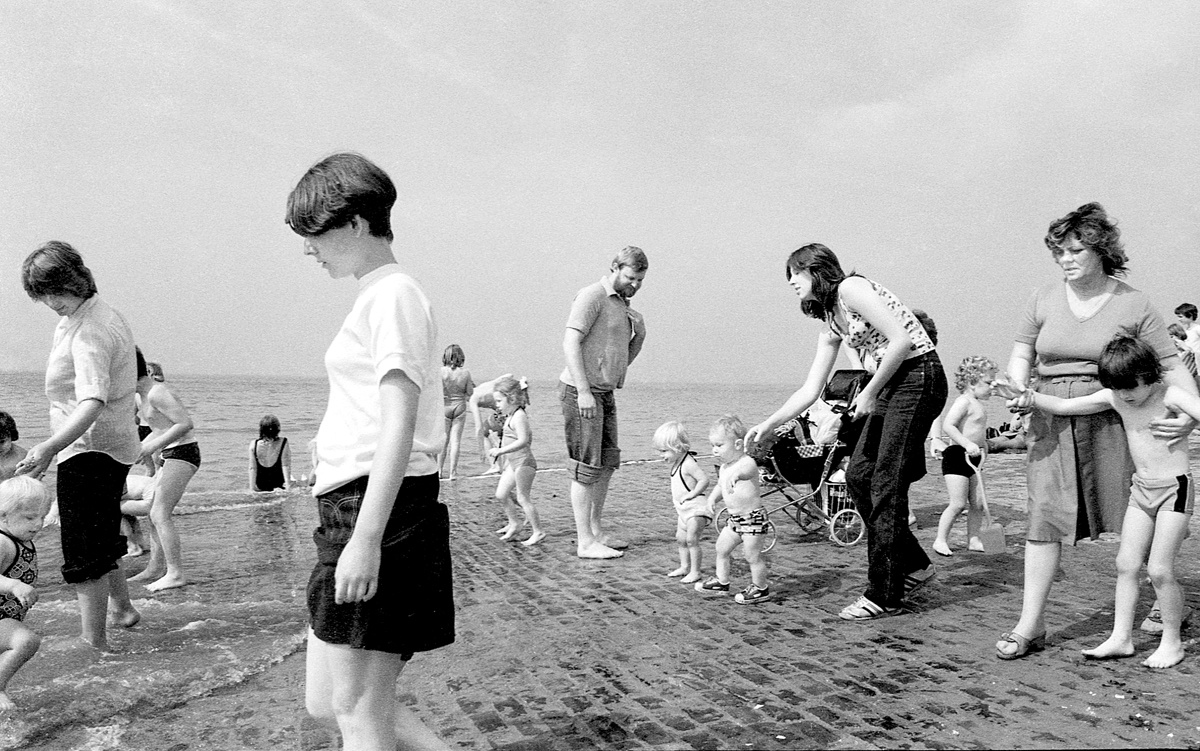 Watching and gazing form a major theme. People watch the skies, they look out to sea. They look at each other, like the elderly friends sitting, amused as they smile at the one who stands like Venus in the waves.

And they respond to the photographer himself. A passer-by stares across at Summerfield as he captures a white car passing, sunlight streaming down, the windows open and music flowing into the street.

A youth shouts a challenging remark, an elderly man holding binoculars turns with an angry frown, a woman spots the camera and strikes a model pose.

This key theme of watching and looking is crystallised by a thread of pictures of photography happening in front of us. With her iPad, a black woman records her children in the waves, a young couple make a romantic double portrait with their phone, a woman photographs herself alone at the edge of the sea, a father kneels and looks up to photograph his smiling wife and child at the end of the pier. 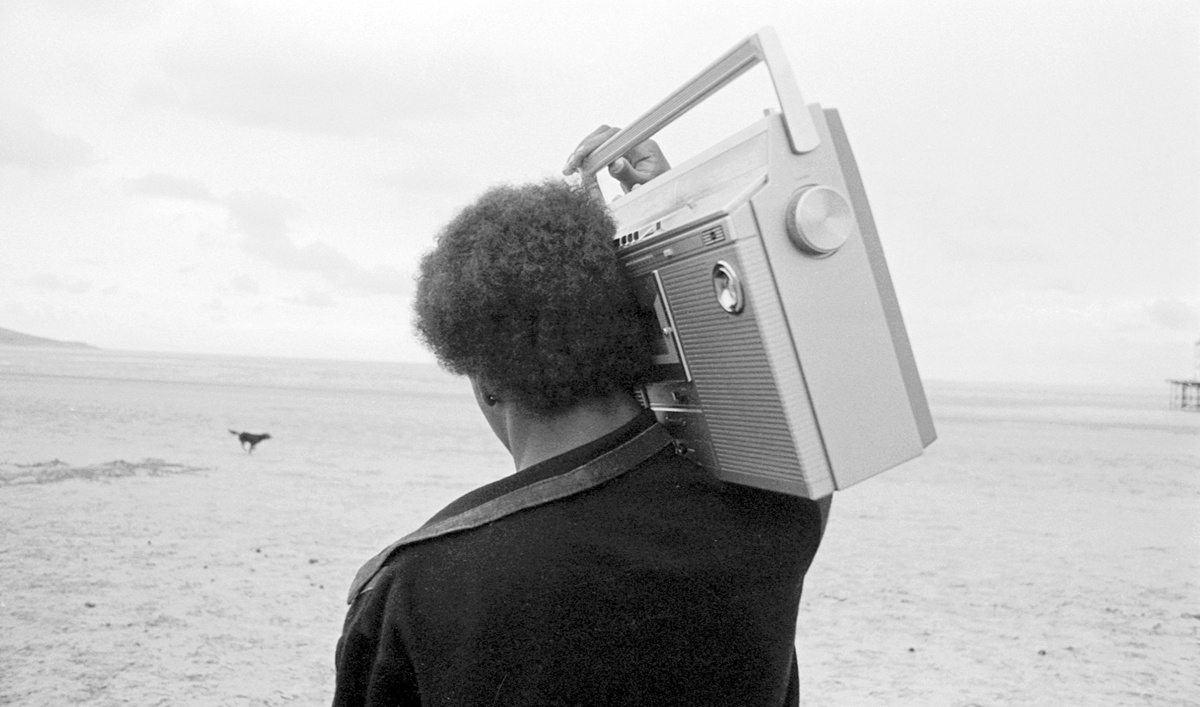 Through these photographers, Summerfield charts the evolution of photography. There are various film cameras such as the popular Brownie 127 to more sophisticated single-lens reflex cameras and these give way to the new technology of digital cameras, mobile phones and iPads. This digital technology has enabled people to make their selfies as part of making a story of their seaside holiday.

With The Holiday Pictures, Summerfield tells us our own primal and universal story of the generations at the sea’s edge, looking inwardly at their own feelings and looking out to the horizons and skies. And the photo sequences imply other narratives, as if someone has walked into the next frame, as if the wave that curls in one picture is seen breaking in the next, where children splash and play.

The final sequence offers an enigmatic narrative, as we sense threat and a growing feeling of some unspecified disaster. There is a broken railing, night descends, then in morning light a beach crowd gathers round a police vehicle and an ambulance and a dark bird rises from a rock to fly out to sea.

This is even more nebulous than the ending of Antonioni’s film Blow Up — now you see it, now you don’t. Something maybe, nothing maybe.

Do the last two images ignore the ominous hints of darkness and anxiety that came before, or do they set us free from them? A boy scrambles onto the rocks, like a figure reaching the safety of land, to join the children in the final shot, dancing joyfully on the sunlit sands.