Books Imperialism and the Middle East

FOR decades, the Middle East has been a centre of revolutions, counter-revolutions, coups and wars of foreign intervention and unravelling the knotted threads of cultures, politics, religions, ideologies and economic interests is no simple task. 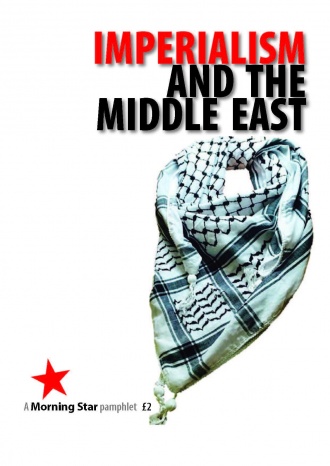 But it’s nonetheless an important one for understanding current international conflicts and, given the complexities of the situation and the pace with which political and military situations develop, it’s essential to keep abreast of these crises as they take new directions.

Much-needed historical and economic contexts are provided by  this revised edition of Imperialism and the Middle East, a welcome contribution to promoting clarity on the continuing threats posed to the peoples of the region by unceasing Western imperialist interventions, as well as an overview of the struggles of the indigenous working-class and anti-imperialist movements.

Since the appearance of the first edition in 2016, there have been a number of significant developments, a number of which are related to the Syrian conflict.

There have been decisive defeats suffered by armed extremist anti-government militias inside Syria and growing cleavage into two camps of their main regional sponsors, with Turkey and Qatar on one side and the Saudi Arabian and Emirati regimes on the other.

And the militarist strategies of the Trump administration in northern Syria appear to reflect deep divisions with the US administration and the military-industrial complex over whether to privilege their relationship with the Kurdish armed forces or the Turkish state, a Nato “ally.”

Despite the creeping growth of Israeli settlements on occupied Palestinian territory, the pamphlet argues the continuing case for a two-state solution as the only feasible way forward.

One if its key strengths is to reassert the  role of British imperialism in the region today and not just to view it as an historic actor. The connection between British foreign policy and the interests of Britain’s very own military-industrial complex, centred on a handful of powerful monopolies in the arms industries, is well illustrated by the fact that in 2017 almost two-thirds of all British arms exports went to the Middle East.

Almost half went to Saudi Arabia alone, with much of it used in the Kingdom’s genocidal proxy war in Yemen.

The overall analysis is greatly strengthened by the contributions of communist and progressive forces from the Middle East itself in a pamphlet derived from contributions to a seminar organised in 2015 by the Coordinating Committee for Communist Parties in Britain.

As we head into one of the most important general elections in Britain’s history, this is a pamphlet that will illuminate many foreign policy issues for both the committed activist and student of the region alike.

Imperialism and the Middle East is a Morning Star pamphlet, available for £2 from communist-party.org.uk/shop/books.html.