FOR those unfamiliar with Marxism this book is a useful beginner’s guide to the ideas and basic concepts developed by Marx and Engels. It shows the role these ideas have played in shaping the global socialist movement. It is based on author’s series of lectures on historical materialism given at the Library. 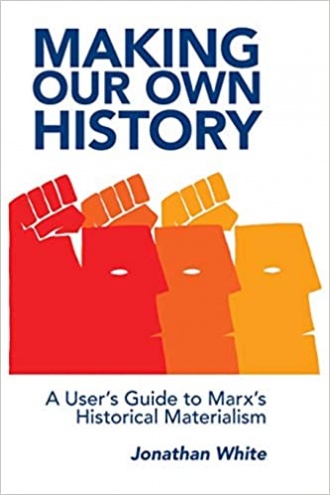 It is unfortunate, though, that White confines himself almost exclusively to the familiar background and the standard classical works. While my review here may perhaps be seen as controversial, I hope it will help contribute to a much-needed debate on how Marxism can be best applied in our time.

It is, of course, not an easy task to explain why the ideas of two Victorian-era thinkers should still have relevance and resonance for us today. One of the reasons they are is that they have been re-interpreted, adapted and applied in continually new ways.

If Marxism teaches us anything, it is that nothing stays as it is, but changes and is transformed over time, and Marxism itself is subject to that same stricture. If it has not changed since 1883 when Marx died, then it is not Marxism. Although White mentions the specific contributions made by Lenin, Lukacs and a number of others, it would have been useful to know in more detail how, over the intervening century and a half, the ideology that we call “Marxism” has evolved.

Surprisingly, Gramsci, one of the great interpreters and innovators of Marx’s ideas, gets no mention, nor does Trotsky whose ideas were so influential in the Russian Revolution and since.

I am somewhat bemused by White’s depiction of Marxism as “Marx and Engels’s science of society.” We don’t talk about “Einstein’s science” or “Stephen Hawking’s science.” Science is the investigation of reality in the systematic pursuit of a deeper comprehension to which all scientists contribute.

Marx and Engels developed a methodology and, in their analysis, attempted to elaborate a scientific basis for understanding history and society but it remains just that: a methodology. White obscures the difference between Marxism as a “science” and Marxism as an “organising ideology.”

He writes that “All Marx and Engels’s … work would develop the foundations of a science they saw as emerging for the social needs of the working class and becoming a weapon in the hands of the working class, enabling it to fulfil its historic mission.” But science itself cannot have a mission, though an ideology can.

The ideology that grew out of Marx’s and Engels’s thinking was harnessed towards the organising of socialist parties, of providing the working class with an understanding of their objective role in society and enabling them to struggle to transform capitalist society in their own interests – but that has nothing to do with science.

White correctly argues that the successful Russian Revolution was the result of the application of Marx’s ideas in engineering social change but then leaves unanswered the question as to why this new socialist society that was supposed to replace capitalism itself collapsed in 1991.

The author’s short section on China also stresses the great strides that Chinese society has made under the leadership of the Communist Party but he doesn’t attempt to explain how a basically capitalist society can be deemed socialist.

He tells us that the ruling class fears Marxism but there is a plethora of books on Marxism and by Marxists published by mainstream publishers that send no tremors through the ruling class edifice. What it fears is not the ideas as such but when those ideas become a material force, harnessed to working-class struggle and challenge its hegemony.

“In spite of the setbacks of the socialist offensive begun in the 20th century,” White concludes, “Marxism remains the only body of thought that explains the basic features of capitalism, identifies the forces that can change our society and offers us a way of building a better life.” That certainly remains true, and his textbook represents a useful contribution to that process.