WITH the advent of the far-right administration of Jair Bolsonaro in January this year, the anti-human rights, homophobic, misogynist and racist rhetoric that has marked the president’s entire political career is now being translated into a huge erosion of human rights of everyone in Brazil.

Bolsonaro’s right-wing policies have plunged the country into a complex crisis, with more than 13 million people without jobs and poverty and child mortality rising again.

His administration has encountered a wave of protests and direct activism from groups and individuals determined to stand firm against a politician who threatens the rights to life, health, freedom and land of millions.

This is the context for the work of the Brazilian poet, journalist and political activist Adelaide Ivanova. Her powerful poems have now been translated into English as part of the World Poets Series run by the Poetry Translation Centre (PTC), an institution at the forefront of introducing new audiences to leading poets from around the world.

The Hammer/O Martelo (PTC, £7), winner of the 2018 Rio de Janeiro Literature Prize for Poetry, is a compelling book of poems that explore notions of sexualised violence, political activism and the role and power of women in Brazil. 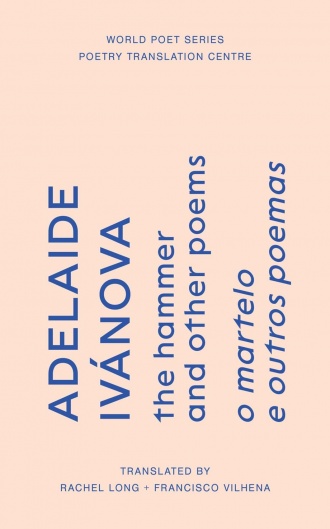 It is a book full of darkly comic poems challenging the reader, while dissecting the failings and trappings of the modern world.

In The Hammer, Ivanova attacks the status quo head-on, with the instrument both a political tool to break down old systems and a symbol of resistance: “whenever the pope dies/he gets/a little blow with the hammer/on his forehead/i never/hammered/anyone/not a pope or a prince or a king […] marx never said anything about any/hammer/has anyone ever seen/any school of thought having/a symbol/what would the symbol/of the frankfurt school be had/ adorno picked one? […] in communist/albania they replace the/hammer/with a rifle the/hammer/is an optimal object/for good sleeping/or hitting nails on the head.”

In The Envelope, the poet plays with the idea of licking the envelope as a way to subvert the violence of the state, its bureaucracy and oppressions: “i love to lick the envelope/i like the taste of glue/on the envelope there is something/devout in licking/paper and this one that/carries the contract/signed with the lawyer/carries the facts of my own version/i lick this envelope while standing/as this licked piece of paper/is language/and revolution.”

Ivanova’s poetry, direct, relevant and luminous, is born out of her political activism and radical thinking. It confronts the destructive politics of Bolsonaro and his cronies head on.

Another book that strikes a blow to the system, albeit in a different way, is Comemadre (Text Publishing, £8.99) by Argentinean writer, screenwriter and professor of narrative and audiovisual design Roque Larraquy. 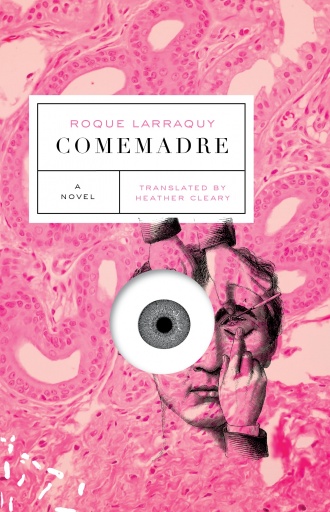 The novel is composed of two separate stories that at first seem totally unrelated. In one, a well-to-do doctor working in a clinic in the Buenos Aires suburb Temperley at the beginning of the 20th century, is involved in a crazy and cruel scientific experiment with cancer patients.

In the other, a famous visual artist takes his search for a true aesthetics to the extreme, transforming himself in the process to the object of his own experimentation.

Larraquay is interested in exploring complex notions of bodily images and the transcendental and he does this by creating a text full of parodies and grotesqueries — first, from a positivist perspective at the beginning of the 1900s in Argentina and then, through falling into the trap of the banal, as a failed attempt to create radical art in 21st century.

A strange and at times disturbing book, it’s full of intelligence, humour and cynicism in equal measure. Highly recommended.

Everything You Ever Wanted (Viking, £12.99) by Anglo-Brazilian writer Luiza Sauma is also a novel that explores the transcendental with dark humour and irony, in this case through the lens of Iris, a young Londoner who enrols to live on the distant planet Nyx. 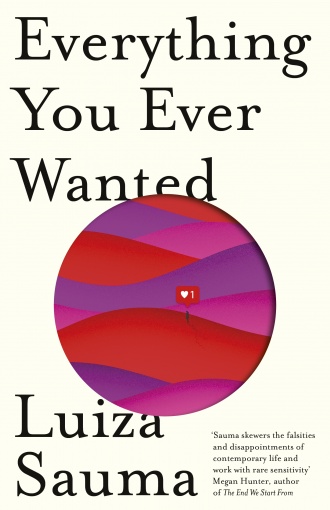 She is trying to escape from her daily existence by leaving behind an unsatisfying job, a distant mother and needy teenage sister Mona.

Nyx is only accessed via an underwater wormhole in the Pacific Ocean and there’s no way back. Iris is selected among 100 postulants to live in a far-away planet covered in mysterious pink sand and to start a new life among a self-sufficient community, with her daily activities streamed 24/7.

Sauma’s exquisite narrative, conveying the nuances of modern life as well as the anxieties and tribulations of millennials, reveals the very high price to be paid in order to achieve a “meaningful” new life.

Sauma’s second novel undoubtedly confirms her status as one of the most exciting Latinx voices writing today in Britain. A must-read.