A NOVEL about the chicanery of governmental politics has no right to be this absorbing. 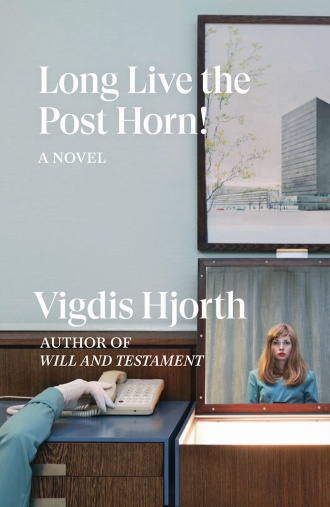 But in her newly translated 2011 novel, Vigdis Hjorth writes an oddly moving parable about the attempt by Norway’s social democratic party to privatise the postal service and make it a more efficient component of the capitalist economic system.

Its protagonist is Ellinor, a PR consultant who has taken on the commission of the Postal Services Union to resist the EU directive to open the postal service to the perverse vagaries of the free market.

In Thomas Pynchon’s Crying of Lot 49 — probably the last great novel about the postal service — right-wing crank Mike Fallopian has become a historian of the regulation of the postal system because he believes it to be “a parable of power, its feeding, growth and systematic abuse.”

It certainly performs this function in Long Live the Post Horn! which dismally chronicles the grubby compromises of social democratic parties.

The novel climaxes at the governing Labour Party’s conference where they are attempting to railroad through the EU directive.

When the government performs an eleventh-hour U-turn and concedes all of the postal union’s demands, the victorious denouement is snatched away at the last moment.

What prevents this from being a mere miserable tale of machine politics is the way Hjorth nimbly braids the personal and the political, as in her controversial bestseller, Will and Testament.

Ellinor has inherited the contract from her colleague who took his own life and, throwing herself into the obscure bureaucratese of the EU directive, she finds that it is not a retreat from her grief and her fledgling relationship but in fact a reflection of them.

Hjorth’s novel unfurls into an expansive meditation about communication, motivated by a utopian belief in the possibility of a language uncontaminated by the distortions of power and capital.

Such a homily feels even more pertinent given the Trumpian assaults on language since the novel’s original publication.

As the US Postal Service is being systematically undermined by the White House under the dubious pretences that it is facilitating electoral fraud, it is hard to ignore the timeliness of this paean to the public postal service and linguistic clarity.

May the post horn continue to blare loudly for a long time to come.