BOOKS The medium is the murderous message

The Violent Image: Insurgent Propaganda and the New Revolutionaries
by Neville Bolt
(Hurst, £12.99)

PROPAGANDA Of The Deed (POTD), an idea commonly associated with the political ferment of late-19th-century Europe, retains a powerful influence on modern media and mass psychology. 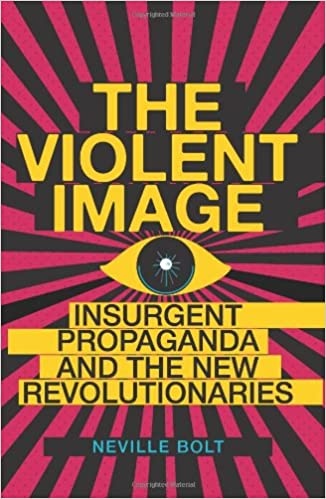 An example is Vera Zasulichs's attempted assassination of the repressive governor of St Petersburg in 1878, which has surface similarities with the Taliban’s assassination of the Afghan President's half-brother in 2011. Both acts demonstrated the commitment and capability of the insurgents responsible for them.

But theories of political violence cannot be cut from one century and pasted into another. Neville Bolt's The Violent Image examines the qualitative differences between POTD in the age of steam and insurgent propaganda in the era of digital media.

He begins the book with a startling idea — propaganda is a form of marketing that influences populations rather than customers — and this is examined in the context of media theory, cognitive psychology, communication theory and the digital revolution.

Bolt explains that the first wave of POTD faded because it was fragmented and theoretically incoherent and failed to gain the attention of industrial and agricultural workers. Today, digital technology allows information about political violence to evade censors and reach audiences of a size undreamed of by Vera Zasulich.

Bolt links this development to specific aspects of human cognition, arguing that spectacular violence anchors individual and shared memories in a way determined by our inclination to create stories, myths and metaphors.

All of this is considered in relation to the events in New York on September 11, 2001. The attack on the World Trade Center was a lightning rod to trigger competitive memories, a weapon beyond the control of media gatekeepers in a global war of ideas.

The book’s assessment of the factors underpinning the resurgence of POTD is clear and compelling. It considers the role of globalisation in fuelling low-level conflicts, mass migration, many-to-many communication, virtual social networks and the rise of violent imagery as a form of political marketing.

His analysis of a photograph popularly known as “the woman in the blue bra” highlights the power of images to focus outrage against repression. This photograph, from the occupation of Cairo's Tahrir Square in 2011, exposes the unbridled ugliness of repressive government — the still image concentrates all the venom of unbridled aggression directed onto the exposed body.

The ability of images to create competing narratives is demonstrated by a photograph of the fatal car-bomb attack on Pakistan's Prime Minister Benazir Bhutto in 2007. It shows injured bystanders and a blazing car beneath an election poster of the Prime Minister, with the slogan Long Live Bhutto visble.

Bolt suggests that the image poses rhetorical questions about the bomb's intended victim. Most viewers see her as an innocent martyr but a small percentage of those on the fence about her reputation may have been swayed. This kind of marginal gain can be sufficient incentive for violent action.

The author suggests further research into the risks of image manipulation, the speed of governments in creating narratives, the efficacy of imagery in prompting successful revolution and the extent to which responses to emotionally resonant images might be controlled.

The Violent Image is comprehensively researched and Bolt's arguments are clearly explained and meticulously substantiated. His book is an essential starting point for anyone with an interest in propaganda, visual communication and the construction of political narratives.

When I heard about Julian, this hero, I thought: ‘I have to do something’

Farmers protest across India at Modi's marketisation of agriculture

Usdaw welcomes support for a Bill to protect Scottish shopworkers from abuse, threats and violence