BOOKS Mining riches from the grassroots

The Case for Community Wealth Building
by Martin O’Neill and Joe Guinan
Polity, £9.99

AMONG the deluge of tweets, think pieces and hot takes from commentators and hacks after December’s heavy election defeat, more sensible observers called for Labour to become an active presence in the communities it needed to win, or win back, next time round. 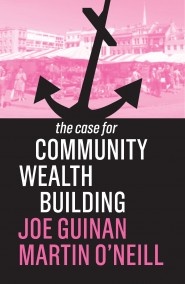 An organised force providing grassroots help for people in the — surely grim — years that lie ahead, it was sensibly reasoned, was a better route to power than bussing in legions of canvassers, however well-intentioned, every five years.

It’s timely, then, that political philosophers Martin O’Neill and Joe Guinan have produced a slim, digestible argument for a such a form of local organising.

Community wealth building (CWB) seeks to rebuild those areas which have suffered from economic decline, serial underinvestment and high rates of unemployment by, in their words, “reconfiguring the core institutional relationships of the economy in order to produce better, more egalitarian outcomes.”

In a nutshell, CWB seeks to maximise the potential of so-called “anchor institutions” such as  hospitals, schools and local government bodies which, unlike factories and corporations, are unlikely to up sticks and move with the tides of global capital.

Rather than farming out services to the lowest bidder, invariably some godforsaken corporate megalith, their considerable purchasing power could instead be used to foster local co-operatives — in effect recycling and redistributing vast sums of capital expenditure into the local economy.

But CWB is not simply an economic project. It seeks to establish political justice for those places so often painted as irredeemably “left behind.” Central to the argument are two CWB success stories — Cleveland, Ohio and Preston in Lancashire.

Both have utilised the purchasing power of their anchor institutions to great effect. Cleveland now has a flourishing network of green, democratic worker co-operatives such as a laundry and a green energy company, while Preston — through the efforts of its Labour-led council — has seen unemployment fall by more than half, to 3.1 per cent, in five years.

Such improvements, which have managed to bypass the hostilities of national governments in thrall to the market, are encouraging. As the authors point out, there is also significant potential with organisations such as the NHS which are uniquely well-placed, for the moment at least, to use its enormous purchasing power for the benefit of the myriad communities it serves.

But it remains to be seen whether the impressive actions of a local authority and the words of a few well-meaning academics will be enough of a clarion call to effect the changes they advance.

Big business making a killing from Covid in Scotland