FORMED in Edinburgh in 2011, Neu Reekie is a loose collective of poets, artists, film-makers and musicians brought together on occasion by two Scots, poet Michael Pedersen and the writer and publisher Kevin Williamson. 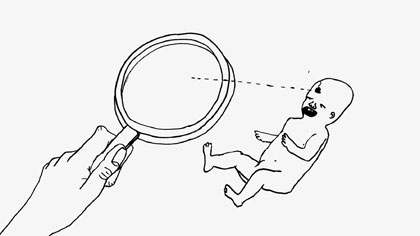 Animating the human condition: Who I Am and What I Want

On a foray down south to the wondrous, fossilised venue that is Leytonstone Ballroom, a smattering of Scottish spoken-word presentations are on offer, most notably from Harry Josephine Giles, whose selection of poems, all with the same title of Abolish the Police, turn out to be the most interesting contribution of the night.

Giles, brought up on Orkney and now based in Edinburgh, is writing the poems across 2019 at the rate of one a week and here we’re treated to some from the first tranche, virulent in their call for an end to societal control but slyly cognisant of the vulnerability we might feel in its absence.

The other notable Scottish element, apart from the witty presence of Pederson as emcee, is the irascible Bill Drummond, a man who famously burned £1 million in cash as an artistic exercise back in 1994.

He spends most of the evening at the back of the hall cooking hot-cross buns in a small oven, later explaining in a stage monologue that this was a dress rehearsal for a visit to the Irish border on Good Friday, when he’ll offer locals his baked goods in return for questioning them about their views on the possibility of a post-Brexit “hard border.”

It’s a diverting deposition but also a lesson in the dangers of mixing highly strung art statements with real politics, demonstrated in full by Drummond’s bewildering prediction that “people are going to get killed” if passports need to be shown at crossings from the north to the south of Ireland.

The rest of the evening sees a mixture of offerings from other parts of the British Isles and Europe, including Who I Am and What I Want, written and directed by Chris Shepherd and David Shrigley, a fascinating short animated film on the ugliness of the human condition.

There are some jaunty interventions from the uncomplicated English poet Daljit Nagra, whose Vox Populi, Vox Dei took a stimulating look at British identity and, unfortunately, a far less engaging musical set of bedroom electronica from French singer-songwriter Sarasara.

Inevitably during eclectic evenings such as this there are moments, and artists, that fail to get the juices flowing. But to the credit of the curators there’s nothing too cringeworthy on offer — and plenty that justifies the trip out.

By this yardstick, Neu Reekie happenings are certainly worth a look.

Trump threatens more violence as protests continue across US

Reopened schools will not mean a return to normal for children