BOOKS 'The poetry is in the pity'

TO SUCCESSFULLY translate foreign poetry is virtually impossible. The bilingual translator can capture a poem’s subject, even its mood, but the very essence of a national language is that interaction between sound and linguistic definition — the music of words — that lives only in its own tongue.

This is not to decry the effort, as this collection of Russian poems of WWII — the Great Patriotic War — demonstrates. Many of the translations by editor Maria Bloshteyn and her more than two dozen colleagues often convey a moving intensity of their own but only a fluent Russian linguist would be able to make a real comparison with the Russian texts facing their English versions page by page.

To many ears, the Russian voice has a distinctive lyrical and even 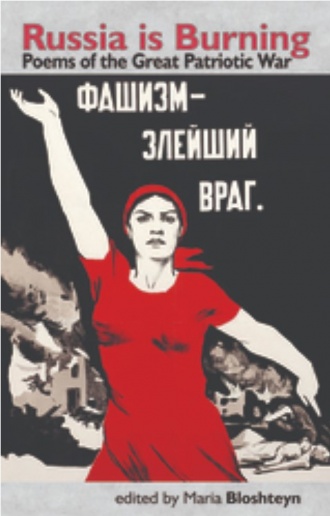 elegiac, melancholy. To experience that quality, first read Rasul Gamzatov’s Cranes, which sees and remembers the fallen soldiers of WWII, symbolised by flocks of these iconic birds in the skies of their motherland. Then listen online to the great Russian opera baritone, the late Dmitri Hvorostovsky, singing the hugely popular song version of the poem.

War crosses all cultural barriers and, as Wilfred Owen claimed, “the poetry is in the pity.” There is plenty of pity here but, even more, passionate anger coupled with a longing to return to those they loved and left, especially in the work of poets who lived and fought through the hell.

Bloshteyn presents the poetry in sections, reflecting the periods of actual warfare and the post-war years. She also provides a useful concluding background essay about the second world war and Russian poetry, while each poet and poem are succinctly introduced with contextual notes.

To reflect the widest range of responses, Bloshteyn’s selection includes post-Soviet and emigre poets and even a few who supported the Germans.

Poetry has always had a special place in Russian culture and the fascinating breadth of this collection allows different voices to speak to each other over time and space. The anthology is in effect a conversation between those who lived and died through the war and the generations that have its aftermath rooted in their consciousness.

Russians are proud of their sacrifices, which led to the defeat of nazism but with this pride these poems speak of a fatalistic sorrow.

This is captured by In a Foreign Land by Gleb Glinka who, as a PoW of the Germans, emigrated upon release to the US, leaving a wife and daughter in the USSR believing him killed in action: “No wisdom helps life’s sorrows/this life is yours to bear/It’s morning now in Russia/And somewhere ... somewhere there ...”

The final ellipsis is poetic in any language.