Presstitutes: Embedded in the Pay of the CIA
by Udo Ulfkotte
(Progressive Press, £27.15)

FOR seventeen years, Udo Ulfkotte was a journalist specialising in foreign affairs at the Frankfurter Allgemeine Zeitung, Germany’s biggest-selling newspaper. He authored a dozen books on security-related issues, focusing on topics such as the enlargement of the European Union, industrial espionage and “Islamic” terrorism.

In 2015 he spoke at an anti-immigration and anti-Islam rally organised by Pegida in Dresden, but try to not let that put you off his book, because Presstitutes weaves an interesting narrative of how German media, like much in the Western world, has become a reliable propaganda arm of pro-US and Nato imperialism.

Operation Mockingbird, the CIA campaign that has infiltrated and played the US media like an organ since the 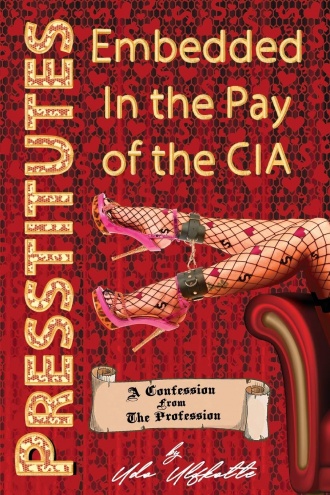 1950s, would appear to be alive, kicking and ever-expanding in its reach.

Carl Bernstein, who helped expose the Watergate scandal, argued that there were about 400 journalists working for the US secret services in 1977. He even uncovered a New York Times contract that loaned journalists to the CIA. Recently, Edward Snowden revealed that British intelligence officers censor and manipulate internet content and even change the results of polls.

But Ulfkotte’s book does not concentrate on secret-service agents directly employed as journalists. Presstitutes is a first-person account of the ways in which ordinary people in the bastions of Germany’s seemingly liberal media organisations are bribed to toe the party line and are inadvertently used as intelligence assets.

He admits to having being “bought off” for much of his journalistic career, and provides extensive evidence of the “well-greased” journalistic gravy train; and he hopes that his admission of guilt and complicity in this charade will serve as an example of bad practice. A  warning and ultimately a deterrent, this book would make a useful addition to any reading list for journalism courses.

When Ulfkotte finally realised that his easy access to powerful elites and organisations meant that he was already compromised, he was long past being corrupted. He had received generous “press” discounts, free holidays, “buddy trips” with politicians and extravagant gifts in return for favourable articles.

At one point, he was even declared an honorary citizen of Oklahoma to further encourage his pro-US reporting.

Similarly, it’s probably too late for the likes of Robert Peston and Laura Kuennsberg, who do not challenge the status quo in order to maintain their privileged positions and proximity to the Britain’s political leaders. Good journalists should be observers, not participants.

Hopefully, this book will help shatter the illusions of anyone who still thinks the mainstream corporate media is balanced, honest or reliable. It should also impress upon everyone the importance of reader-owned media and independent journalism.

Turkey becoming ‘slaughterhouse for women’ as femicides continue to rise

Len McCluskey warns Starmer against steer to the right