IT MIGHT be easy to lose hope after the Brexit referendum, Labour’s election defeat and the government’s handling of the Covid-19 pandemic but not so with Sue McCormick’s debut novel.

A bite-size introduction to some of the last century’s radical history, it places friendship at its core as it interweaves the lives of four women. 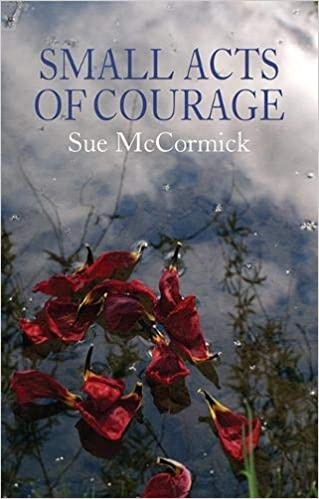 Gallipoli during WWI. Charlie is a middle-class girl whose eyes are opened to social inequalities when she visits the slums owned by her family in the 1930s, while Margaret worked in New Labour’s press office during the Iraq war.

Passing on the torch of hope from one generation to the next, the women variously live through or are influenced by the suffragette movement, the Peterloo Massacre, the Spanish civil war, both world wars and the anti-war protests in 2003.

There are a couple of occasions when these events have the unlikely fortuitousness of Forrest Gump but for the most part they’re brought alive by small details — one of the nurses at Gallipoli cutting off her long, lice-ridden hair or Charlie using beetroot juice as lipstick to celebrate VE Day.

Those details help the reader grow with, and grow attached to, the characters. They variously fall in love, have children and suffer personal losses that test their faith in the power of change. While believability is at stretched at times — Daisy learns how to read in the space of a couple of pages — the intersection of their lives with historical figures including Sylvia Pankhurst and MP Ellen Wilkinson MP root them in reality.

McCormick’s previous work as an actor and playwright are evident in the book’s structure, with chapters serving as scenes as they move forward in time. Largely written in the first person and with plenty of dialogue, it’s a book that would be relatively easy to adapt for the stage. That said, it’s very readable as it stands.

There are optimistic aphorisms on nearly every page and, while its political message isn’t subtle, at times it’s necessary to sit down with a page-turner and be reminded that it is possible to choose hope.