CAUSE FOR CONCERN: Torchlight procession in honour of nazi collaborator and fascist Stepan Bandera in Ukraine Photo: Svoboda/Creative Commons
×

THE understanding of history by those who lived through it will always differ from the analyses of later, often revisionist, historians who claim a disinterested objectivism. 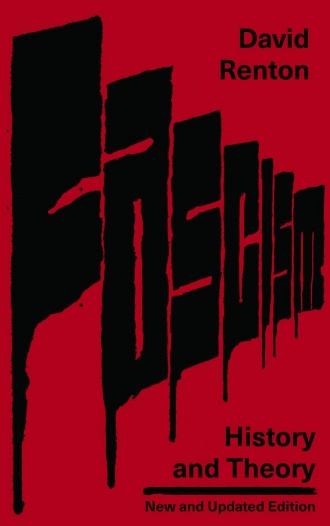 ideology for a movement that certainly did not die with Hitler. As he declares in Fascism: Theory and Practice: “One cannot be balanced when writing about fascism, there is nothing positive to be said about it ... historians must write against it.”

He does, nevertheless, engage extensively with the various theories that have emerged in more recent years but notes that the essential threat in the pre-war period of the rise of fascism in Italy and its even uglier Nazi partner in Germany was recognised at the time almost exclusively by Marxist commentators.

Thus he focuses on the warnings based on the informed perceptions of three major leftists critically involved in the struggle — the leading German communist-feminist Clara Zetkin, the French anarcho-communist Daniel Guerin and Leon Trotsky.

“Fascist” has become an imprecise term, readily employed against far-right activists and often any reactionary right-wing politician. As the Bulgarian communist leader Georgi Dimitrov asserted: “It is necessary in each country to investigate, study and ascertain the national peculiar ties, the specific national features of fascism and map out accordingly effective methods and forms of struggle against fascism.”

To fight the rising tides of re-emerging fascism in eastern Europe and what today is disarmingly termed “populism” in our own country, it is essential to understand where fascism is coming from — its roots, methodology, questionable ideology and mass appeal.

In one sense, these questions can be examined through the contested views of fascism — from the left, that the movement was and is the extreme response arising from capitalism under crisis — and, mostly from the right, that it was a synthetic mixture of an ultranationalistic demand for a national rebirth or recreation of a mythical past through war, along with the creation of a “new man” and a hatred of communism, liberal democracy, aliens, degenerate culture and capitalism.

As a pseudo-form of socialism  — Hitler was a national “socialist,” after all  —  it has even been termed “socialism without a proletariat” and, perhaps most awkward for anti-fascists, is the need to account for the mass appeal of fascism in Italy and, more surprisingly, Nazi Germany.

Renton’s researches establish that the fascist support came from a merging of classes. The largest single group of fascists were former conservatives who were joined by the small self-employed. They were offered an ideological framework “in which they could be militant and conservative, anti-capitalist and anti-socialist at one and the same time.”

To these groups, Renton adds the lumpenproletariat, that apolitical and unthinking stratum of society “unconscious of its own historical identity,” While he does not stress the point, this last is surely applicable to our present situation.

The author states that his approach is “to restrict the use of the word fascism to those movements that most clearly deserve it,” an example being regimes like Franco’s Spain, where the dictatorship used the existing state army with the support of the Catholic church to crush communists, socialists and the existing trades unions.

A penultimate chapter is necessarily devoted to the Holocaust, the grotesque flagship of Nazism and, in the popular imagination, fascism itself.

Renton summarises the various unsuccessful attempts to explain Hitler’s Final Solution, an insane tragedy which only Trotsky foresaw when in 1934 he warned of “the physical extermination of the Jews,” a reminder of Marx's dictum that “Capital comes into the world dripping from head to foot, from every pore, with blood and dirt.”

This book is so much more than a historical survey because Renton’s detailed description of the development, growth and successful establishment of pre-war fascist regimes chimes worryingly with contemporary times — one only has to look as far as Trump’s America.