ART The unsung artist of Ostend

Comparatively unknown in Britain, Leon Spilliaert’s images of the Flemish sea port and its inhabitants are well worth exploring, says CHRISTINE LINDEY

LEON SPILLIAERT (1881-1946) was born in Ostend into a petit-bourgeois family of shopkeepers among whom was his uncle Emile, a part-time painter and participant in the town’s cultural scene, which included the influential painter and printmaker James Ensor.

A sickly child, Spilliaert was educated at a Jesuit college, where he drew compulsively and became immersed in Friedrich Nietzsche’s and Arthur Schopenhauer’s bleak philosophies.

Drawing classes in the third year at Bruges Art Academy followed but ended after three months due to ill health. 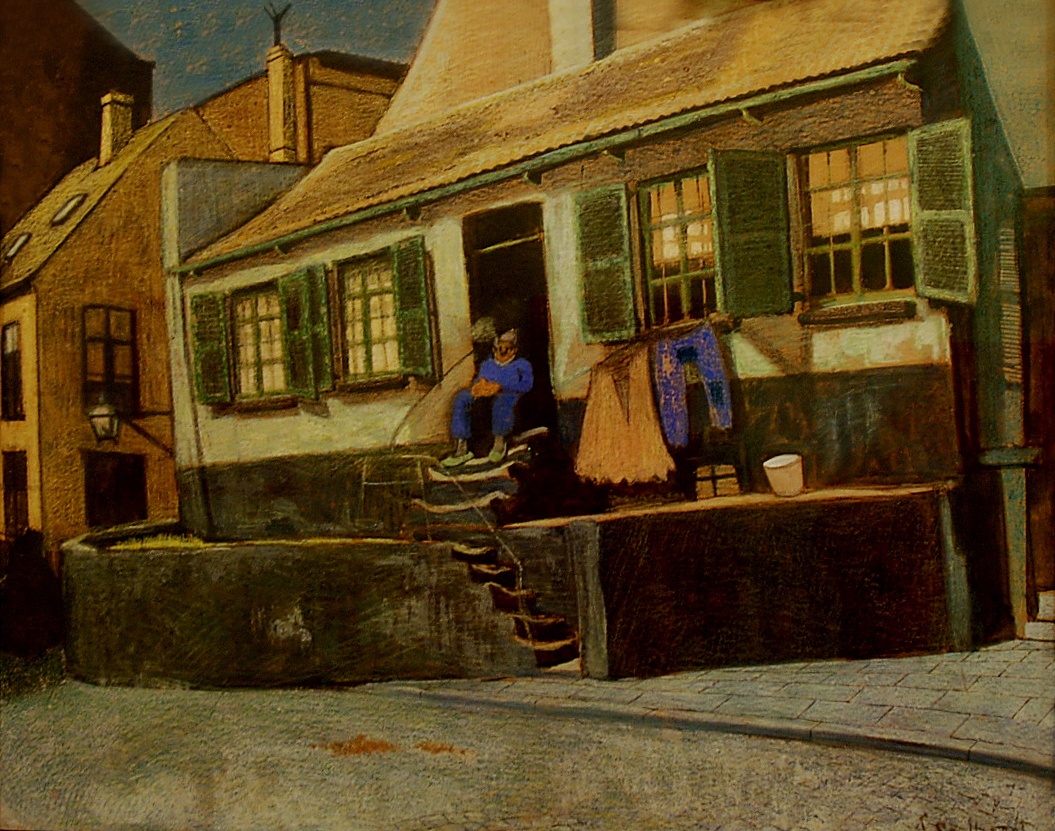 To a degree self-taught, the intensity and expertise in drawing required by tuition in 19th-century academies would have provided Spilliaert with serious proficiency.

Drawing from life remained at the core of Spilliaert’s art and his subjects were Ostend’s deserted streets, sea and seashore, peppered with occasional self-portraits and bourgeois interiors and he soon developed his own distinct style.

Yet his greatest influence was from Symbolist writers, among them Maurice Maeterlinck and Emile Verhaeren.

Spilliaert understood the power of economies of line, shape and empty space and the drama of sharp tonal contrasts as a means of swaying emotive responses. 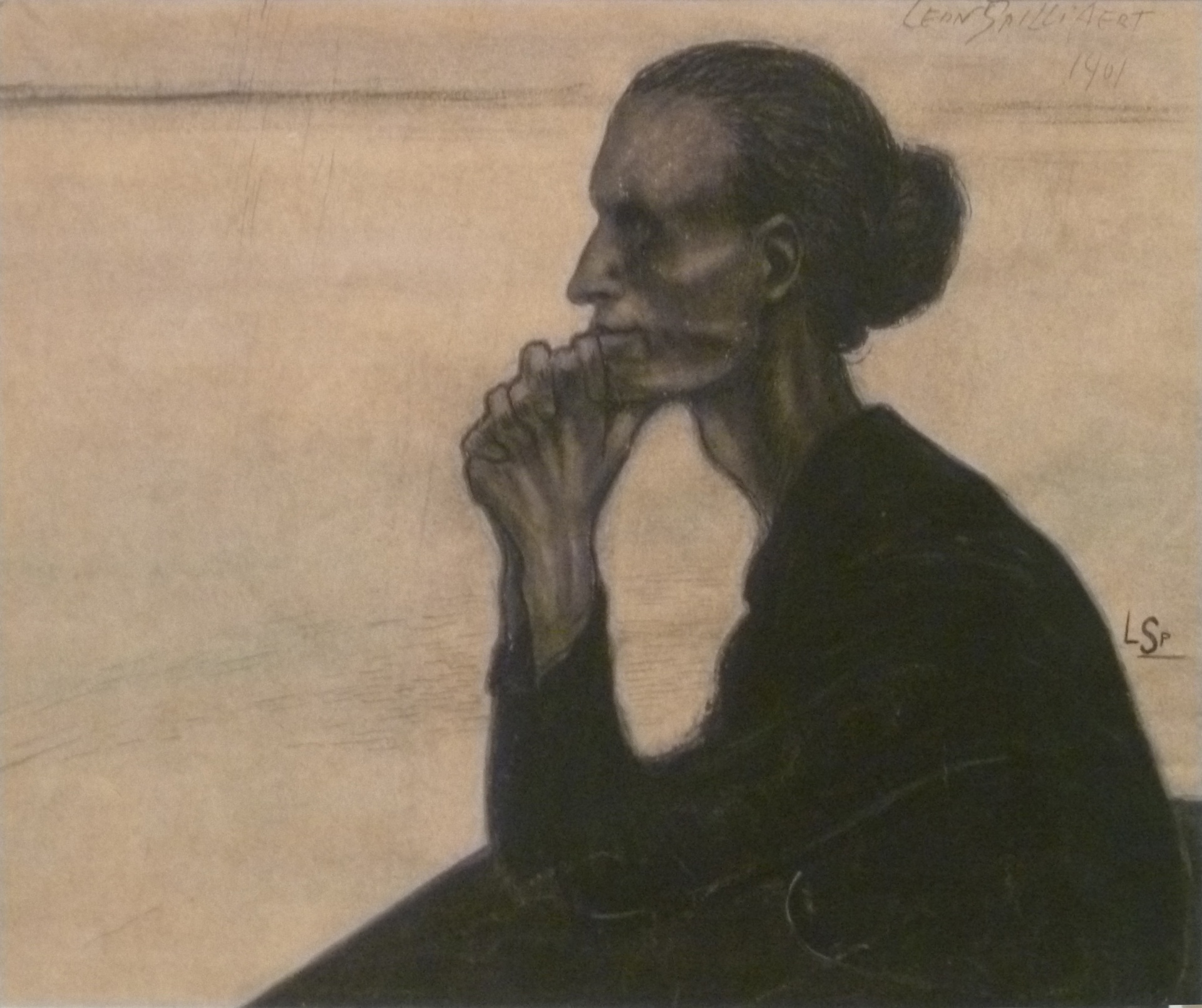 Identifying the essence of his subjects by simplifying forms and silhouetting figures freed him to evoke moods and symbolise states of mind.

His use of sinuous curves and sweeping perspectives reveal a pleasure in discovering the underlying abstract shapes within his motifs.

And his unerringly apt use of colour in his later landscapes and seascapes reveals a similar assured mastery of his medium.

His frequent nocturnal forays into the deserted streets and winter seashore of out-of-season Ostend engendered powerful evocations of isolation, alienation, danger, mystery and the perverse pleasures of melancholia. In Brussels, the publisher Edmond Denman fostered Spilliaert’s talent by commissioning hand-drawn illustrations to his luxury editions of books by Maeterlinck and Verhaeren. This led to fruitful friendships between the artist and writers.

Sharing the desire to suggest intangible states of mind rather than to describe events and narratives, the writers were sympathetic to Spilliaert’s modest modernist distortions, through which he so deftly conveyed moods and ambiances.

The artist gained early success and patronage and exhibited his self-generated works in prestigious commercial galleries in Ostend, Brussels and Paris.

In 1904, he shared an exhibition with Picasso in a Parisian commercial gallery and, alongside Fernand Leger and Robert Delaunay, at the 1911 Salon of Independents.

By 1920, aged 39, he was invited to exhibit at the prestigious  Venice Biennale and was given a solo retrospective exhibition in Paris in 1929. 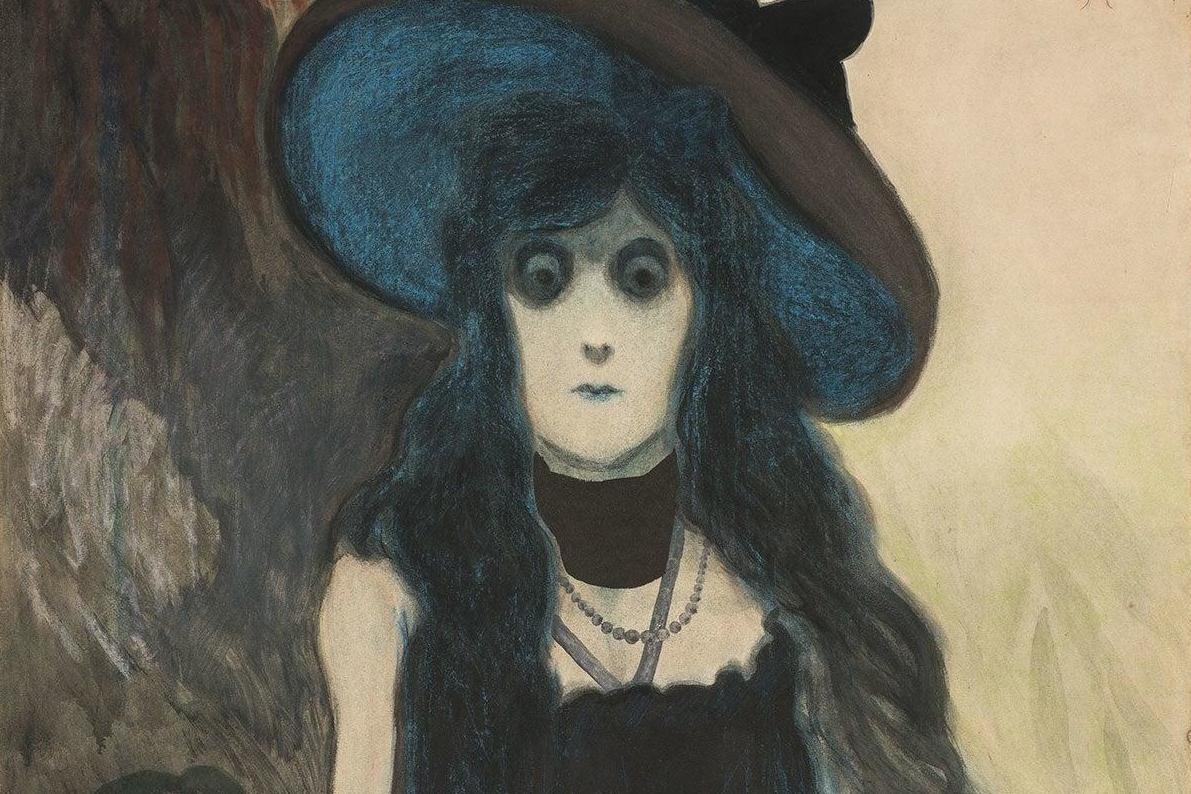 Some of of Spilliaert’s most disturbing works are a series of self-portraits from 1903 to 1908, when he was plagued by delayed adolescent doubt and angst and interpretations of his works are over-reliant on speculations on his inner life which overemphasise sadness, loneliness, isolation and the imagined effects of ill health.

These are contradicted by Spilliaert’s sly humour and poetic responses to the desolate winter streets of the out-of-season seaside city and by the celebratory mood of his later landscapes and seascapes.