Memoir We Left a Deep Invisible Mark Behind Us

The two books by Asli Erdogan available in English
×

THE COUPLE behind me turned round to look back. Then so did those on their right, in front of them, behind them.

They looked in surprise, one by one, in twos. They were trying to see the back of what seemed to be an endless procession. Were there so many of us? Why had we allowed so much time to go by in a solitude that had been imposed upon us? I wished that looking back on our lives, our own lives, we had not been confronted with so many defeats, so many disappointments and disillusionments.

It was a long, silent walk. Thousands and thousands of people were slowly walking, side-by-side, under an unexpected winter sun, a luminous sky, reminiscent of spring. A compact, homogeneous crowd was filling the avenues, the streets, the squares.

There were blood-red carnations. Black signs spelling out the same message in three different languages: “We are all Hrant, we are all Armenians.” Hrant’s face emerges above arms, above heads, an intact face, bearing no signs of ageing, with his gentle, comforting smile. Thousands of people, in mourning, heartbroken, intently turned to that face with a sense of loss even deeper than if he had been one of them.

Newspapers, headlines, people clapping their hands, the white dove, so alive, in front of Agos, [a Turkish-Armenian weekly newspaper, edited by Dink] people recognising each other and humbly greeting, heads bowed in gravity, weighed down by the assassination.

It was a winter sun that we did not seem to deserve. (But who had the right to deprive anyone of that sun, be it for a single minute?) “They say it is five miles away, do you think we can walk that far?” a voice says. Another one replies: “We will make it!” We walk on, leaving a deep invisible mark behind us.

It was two or three years ago. We were in Agos on a solidarity visit and there were ten or fifteen of us, all familiar faces. “Welcome to you,” he had said, smiling. I had sat down in a corner and gazed at him as I drank my tea.

The way he spoke of the injustice he had suffered unswervingly, his warm enthusiastic sincerity... I recognised him as a man of heart, of feelings, from head to foot and I liked him straightaway. On that day, it seemed to me I had caught a glimpse of a solitude I could not bring myself to name.

Last Friday, I went back to Agos, my face covered with rain, soaked with his shadow. It was the first time in my life I had ever managed to chant slogans. There was also that New Year's Eve message I had sent to him eighteen days before: “Happy New Year! I wish you a Happy New Year!”

My eyes will often turn to helicopters, I don’t know why and to the birds silently flying and circling over the procession. I will walk to the sea, until I can get a glimpse of the old Istanbul.

Sometimes I will join the thunder of applause, rising in successive waves. What are we applauding? We are applauding Hrant, his resistance, resistances, our union, that unexpected solidarity.

Or is it life, just life? I walk on without saying a word. It is the first time in ages I have not felt lonely. Today, here we are, thousands of people overwhelmed with emotion. Each of us is a soul, each of us is a dove. A dove carrying an olive branch in its beak.

Here we are, still alive.

PS: And so am I, before it is too late, with our past as well as with our present. 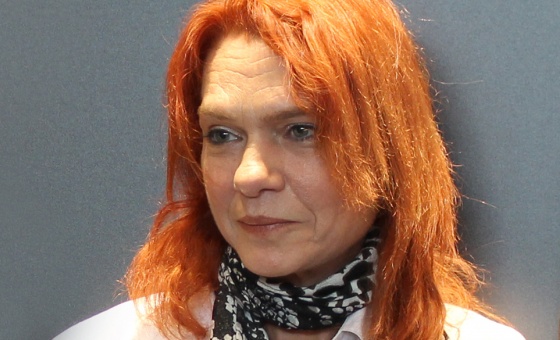 Sunday 03rd Jan 2021
INTERVIEW ‘My belief in literature, in its transformative power, is unshakable’
Join the 501 Club