NEW YORK-BASED feminist intellectual JoAnn Wypijewski has spent two decades writing for The Nation and New Left Review magazines and in this book she focuses on the nuances underlying infamous sex and violence scandals pervading the US’s social fabric and the ways in which moral panic and a punitive culture combine. 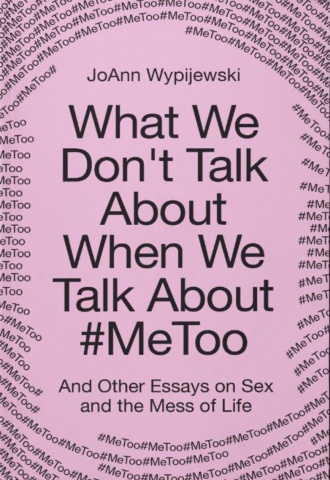 In this selection of essays, perhaps misleadingly titled in a pitch for a feminist punch-up, Wypijewski’s fearless forensic method takes no prisoners — left, right, feminist or otherwise.

Her theme, spanning two decades, is the US’s undiminishable capacity for devastating cruelty while always maintaining its psychic innocence, citing James Baldwin’s dictum that “it is the innocence which constitutes the crime.”

From the Boston Catholic priests’ scandal to Abu Ghraib, Weinstein to Kavanaugh, Woody Allen to Trump, Wypijewski sifts through the evidence of sex panic in the US to unearth the lies a society tells itself when it is afraid.

But afraid of what? Wypijewski identifies intimacy as the answer. “Whenever you’re talking about sex you’re talking about fear,” she declares. Sex panics are about exploiting people’s fears, as seen in the self-delusional Trumpian distortions where what gets eliminated is human complexity and, with it, empathy.

Wypijewski’s strength is in restoring a sense of profundity and nuance — the factors left out when polarising victim vs monster and the contradictions alive in human relations, with human sexuality, and therefore vulnerability, at its centre.

Allowing the capaciousness of sexuality’s role in the creation of the self and of social attitudes is a vital focus for the author, what she describes as “carnal knowledge in the old sense, knowing another, and so perhaps oneself, nakedly.”

What We Don’t Talk About When We Talk About #MeToo: Essays on Sex, Authority and the Mess of Life is published by Verso, £10.19.