A sunset over Edinburgh, the setting for Kate Hunter's novel Photo: barnyz/Creative Commons
×

SET in the Leonards and Canonmills areas of Edinburgh, the protagonist of Kate Hunter's The Caseroom is Iza Ross, whom we meet as she is about to start work at a printing firm as a compositor. It is through her eyes, somewhat naive at first but increasingly aware of the underlying issues determining her life, that Hunter immerses the reader in the city at all levels. 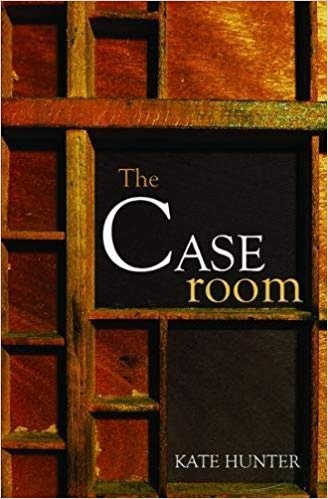 This is an Edinburgh that heaves and swells with industrial tensions, the determined rise of the women’s suffrage movement and an anxiety over the growing Irish independence movement.

At the same time, Iza is preoccupied by the impact of these themes in microcosm as they play out among the workers’ fights for more pay, a reactionary attempt to bar women from employment and her affair with the young dashing Roddy Mac, an associate of the great James Connolly,  who makes an important appearance in her life.

In what's a meticulously researched novel, Hunter’s descriptions of the compositor’s role and technology is precisely examined and explained, as are the usually cramped, if not downright squalid conditions in which the Ross family live.

Iza suffers a double injustice as her pay and that of her female co-workers are significantly lower than that of the men and it is firstly at home through the jibes of her brothers and the lukewarm support from her female relatives, and then more explicitly at work, that the issue disparagingly referred to as “frocks at the frame” comes to dominate, just as Roddy Mac leaves for Ireland and Iza is left to deal with the consequences alone.

When the Edinburgh Typographical Association decide that they can no longer support the printing magnates hiring women to undercut their male members and ballot for a strike, Iza is forced to choose between class or gender solidarity.

So the Caseroom is a lesson in the limitations of economism and the tendency of politically naive trade unionism to fracture and set worker against worker — in short, doing the job of the bosses. As one of the marginal characters suggests, why don’t they agitate to level women’s rates upwards?

Iza emerges as a wonderfully three-dimensional character, carrying much sadness and shouldering the emotional burden of an uninspiring marriage but doing so with strength and resolve. And, in a neat touch, Hunter uses some of the fonts employed by Iza in her work across various chapters, merging the books she is setting with her own juxtaposed thoughts.

Commons catering staff could be advised to walk out over unsafe conditions amid pandemic, says union

This year's Durham Miners' Gala to be dedicated to key workers

Over 500 jobs to go at Reach newspaper titles