Republic of Islamophobia: The Rise of Respectable Racism in France
Jim Wolfreys
(Hurst, £14.99)

WHEN the government of a country, with the support of much of its populace, bans Muslim women from covering their face in public and prohibits Muslim children from wearing headscarves in schools, it’s hard to ascribe the phenomenon to anything other than Islamophobia. 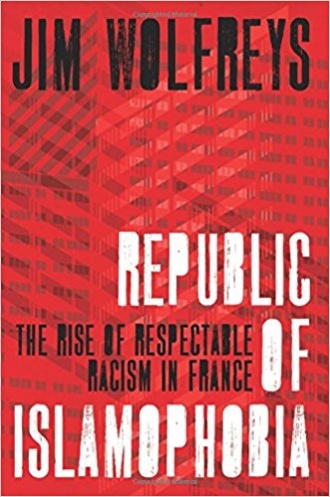 Thus Jim Wolfreys’s book wastes little time on trying to build a case that widespread anti-Muslim feeling actually exists in France, although he does quickly assemble the evidence. Instead, he concentrates on looking for the reasons behind such a phenomenon.

The growth of Islamophobia in that country, he argues, has been aided by the widespread abandonment of conviction politics and has stemmed from attempts by mainstream politicians to steal the thunder of the Front National, adopting policies and rhetoric that have dressed up racism in a cloak of respectability.

In doing so, says Wolfreys, rather than undermining Front National standing in society, they have lent a respectability to its viewpoints that might not otherwise have emerged.

Because French politicians of all hues have long favoured assimilation rather than muliticulturalism and because they retain “residual prejudices nurtured by an undigested colonial past,” Wolfreys suggests that France has become fertile ground for the planting of institutionalised anti-Islamic prejudices, perhaps more so than any other country in Europe.

As the author is a senior lecturer in French and European politics at King’s College London, it’s perhaps unsurprising that he finds most of the answers to France’s Islamophobia in the political field, but he could have delved more into the social sphere because, convincing as some of his political arguments are, they appear to be assembled in a vacuum.

There is little consideration of the socially conservative nature of French society or of the cultural insecurity that has developed in the face of the rise of Anglo-Saxon capitalist thought — an insecurity that might explain why the French are so keen to ward off supposed threats to their identity rather than trusting that their national psyche will thrive and survive with diversity.

Wolfreys also brushes too easily over the impact of the Charlie Hebdo and Bataclan terrorist outrages, treating them almost as if they were inconsequential events that had little bearing on the whole scene.

Nonetheless, this is a valuable exploration of an important topic that has lessons for politicians on both the left and right in many other nations. It's a well-researched and essentially academic book, presented without the mind-numbing language that often accompanies such a venture.There are plenty of footnotes and references if you are that way inclined, but for the most part it is accessible, interesting and well argued.