Cyclists to pass lamp in solidarity to German mining museum

CYCLISTS will set off tomorrow to deliver a miner’s lamp to Germany’s coal-mining museum from England’s own miners’ museum.

Pedal4Progress activists will make the journey from Wakefield to Dortmund to raise money for the Morning Star.

The miner’s lamp was donated  by the National Union of Mineworkers, presented by general secretary Chris Kitchen to Morning Star northern reporter Peter Lazenby, who took it to Wakefield to hand over to the cyclists.

The cyclists, who have spent the last five years staging cycling events in Britain and overseas, raising funds and spreading international solidarity, will pedal 69 miles to Hull, taking the ferry to Rotterdam where they will team up with Dutch cyclists for the ride to Germany.

After presenting the lamp to German museum at Bochum, outside Dortmund, the cyclists will attend a three-day festival organised by the German Communist Party (DKP).

Pedal4Progress organiser Les Doherty said: “Last year we staged a 350-kilometre marathon from Prague to Berlin, which was a repeat of a cycling Peace Race staged during the cold war.

“We want to reinstate the Peace Race as an international annual event and will be using our visit to hopefully get that organised.”

Four riders are heading for Dortmund, with a three-strong back-up team and vehicle.

You can support the ride by visiting the Star’s Fund page. 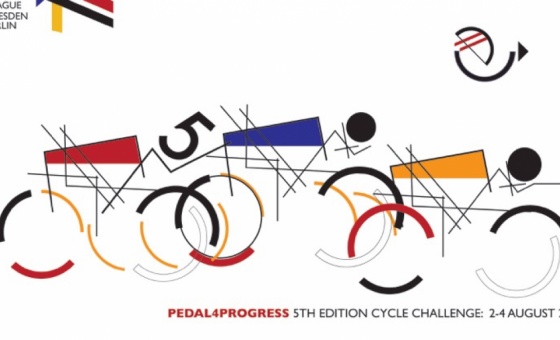 Commons catering staff could be advised to walk out over unsafe conditions amid pandemic, says union

This year's Durham Miners' Gala to be dedicated to key workers

Over 500 jobs to go at Reach newspaper titles