TRUSTFALL proves again that the DIY scene can produce records that don't have to cost a fortune to sound good. 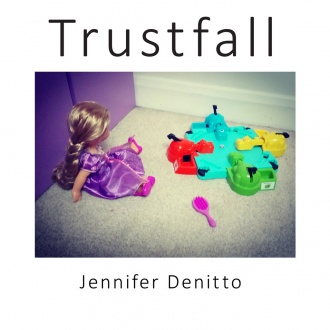 Jennifer Denitto's album, recorded on a handheld four-track over the last year after her daughter had been put to bed, is a classic example.

It's a great collection of songs from the accomplished Anglophile US musician in which she comes to terms with motherhood, office life and middle age and all have that classic tuneful lo-fi sound which quickly become earworms.

As a riot grrrl in the 90s, Denitto was in Linus and has drummed for lots of bands since and on this solo project has friends adding guitar and bass on some of the tracks.

On opener Soundcheck, she shares the vocals with her daughter in a nursery-rhyming collection of insults which are both alienating and addictive.

The superb JT the Brave, with its assemblage of trance-like percussion, grinding guitar and sharply pointed solo is both a homage to children's book Max the Brave and author Laura Albert, who used another identity as the only possible path to self-expression about a sordid childhood.

Patriarchal Tractor, about a little boy who won't share his toys with any girl is a welcome reminder of how quickly boys grow “in daddy's little mould” while Phaedra, reflecting on a visit to the theatre, hits the spot beautifully as an outright stomper full of rousing choruses and racy bass lines.

A cover of the Cars' classic Just What I Needed, replete with a great Abigail Brady guitar solo, sums up an album of refreshing, catchy songs with a stripped-down simplicity and style.

Britain is ‘sleepwalking’ into the death of the NHS, health campaigners warn