An amnesty for war criminals is a sick joke

IT WAS the votes of hundreds of thousands of service people that gave Labour its post-war election victory.

The men and women who formed the fighting force that made up Britain’s contribution to defeating fascism and militarism were clear that they wanted a different world to one that existed before the war.

Although it was, in the main, officered by the sons of the privileged classes the army in particular was gripped by an intensely democratic spirit.

No sooner had the war ended than Britain’s armed forces resumed their traditional role, not as the backbone of a territorial defence of the homeland but as the military arm of the imperial state.

We can hardly call them battle honours. Intervention in the Greek Civil war to defeat the left-wing resistance fighters; force projection in Palestine; an alliance with Japanese troops to defeat the Vietnamese and restore French colonial rule; a similar effort to restore Dutch imperial rule in Indonesia; another foray to defeat the guerillas who had earlier fought the Japanese to a standstill in Malaya; the suppression of anti-colonial insurgents in Kenya, an alliance with the US against the people who fought the Japanese in Korea; a nasty intervention as a prelude to collaboration with France and Israel in invading Egypt; support for the reactionary rulers of Oman; a two-year confrontation with Indonesia and local rebels in the post-colonial redistribution of territories in Brunei and Borneo; suppression of a rebellion in Dhofar and a vicious colonial war against independence fighters in Yemen.

In most cases these engagements were marked by the usual crimes of war, asymmetrical warfare in which mostly rural fighters confronted modern technology, concentration camps and “protective villages,” arbitrary imprisonment, summary execution, torture and decapitation.

And this before we get onto the wars of “humanitarian intervention” that characterise the more modern era in which technology and so-called smart weapons have raised the strike rate of human casualty.

Against this background it almost defies human comprehension that a Labour defence spokesperson — a Labour shadow defence secretary — has come out in support of the Tory wannabe warmonger Penny Mordaunt who wants an amnesty for British soldiers alleged to have committed war crimes.

You wonder what world Nia Griffith dwells in if she doesn’t comprehend that this disreputable narrative dovetails with a right-wing (and fascist) campaign to give a free pass to soldiers alleged to have committed war crimes in Ireland.

In truth, Nia Griffith has never given the impression that she understands the logic of Labour reorientation towards an ethical foreign policy.

She seems out of touch even with that tranche of military opinion which sees a strengthened conventional military complement as more in keeping with global realities than a nuclear extravagance franchised and under the control of Trump’s US.

Her act of unprecedented stupidity has already mobilised a wave of opposition from Labour’s youth.

Labour needs to condemn the hypocrisy of the Tory government (and by logical extension its New Labour predecessor) that is prepared to send young men and women — on many cases pressed into military service by unemployment and austerity — to war, but then abandons them when the human price of conflict renders them distressed, ill, homeless and jobless.

Even if there are countless cases of self-sacrifice and heroism by individual soldiers, service in Britain’s sorrowful series of wars does not confer much honour.

If we honour heroism in our sons and daughters whom we license to fight on our behalf we also must hold them to the highest standards of human decency. There can be no amnesty for war crimes against humanity. 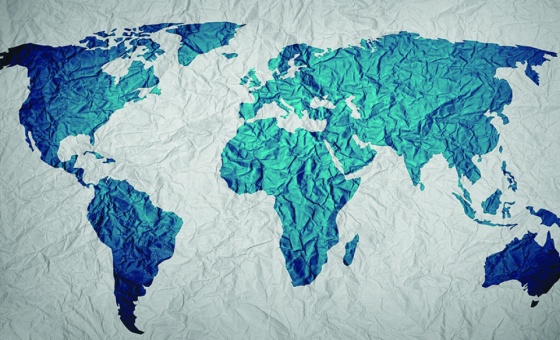