Book Review The era that lit the fuse of feminist revolution

The Feminist Revolution: The Struggle for Women’s Liberation 1966-1988
by Bonnie J Morris and D-M Withers
(Virago, £30)

IN THIS new and beautifully produced history of feminism over two decades from the 1960s to the 1980s, the authors tell the story of the many individuals and groups that made up the women’s liberation movement. 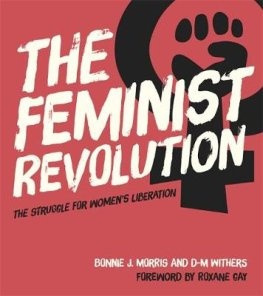 It's a narrative that roves across Britain, Europe and beyond and reflects and reviews the way in which different women from different ethnicities and backgrounds sought freedom and equality. Quite rightly, they state: “There was no single, cohesive movement but rather a diversity of voices whose personal issues informed their specific outlooks.”

The Feminist Revolution shows how women were inspired by and part of the revolutionary activity playing out across Europe and elsewhere in the '60s, including student and workers’ protests, the Chinese cultural revolution and anti-Vietnam war activism.

The post-war history of feminism is brought to life in the text, accompanied by beautiful colour reproductions of posters, photographs and ephemera, while personal accounts by individual women show why so many women decided to become involved in all kinds of groups from consciousness- raising to trade unions.

As the authors comment: “What sparked the fire of radical, ‘second wave’ feminism was not one lit match but rather many torches raised by women in different communities across the globe.”

A major omission, though, is any reference to the conflict going on in the north of Ireland during this period, where many feminists supported campaigns against the strip-searching of women political prisoners in jails there and in Britain and the campaign for contraception and abortion rights on both sides of the border.

Feminism has not gone away and the book ends by showing how in the 21st century it is once again being redefined to reach out to new generations of women who can “hold this power in your hands; take inspiration, courage and action.”