ANDRZEJ WROBLEWSKI died at the tragically early age of 29 in 1957 but left an indelible body of work that was formally decades ahead of its time.

A committed communist, he engaged with the reality of post-WWII Poland in a manner that shocked the stifled art establishment and often confounded the authorities.

Like his compatriot the writer Tadeusz Borowski, renowned for This Way for the Gas, Ladies and Gentlemen, Wroblewski exorcised the demons of nazi savagery with uncompromising commitment. 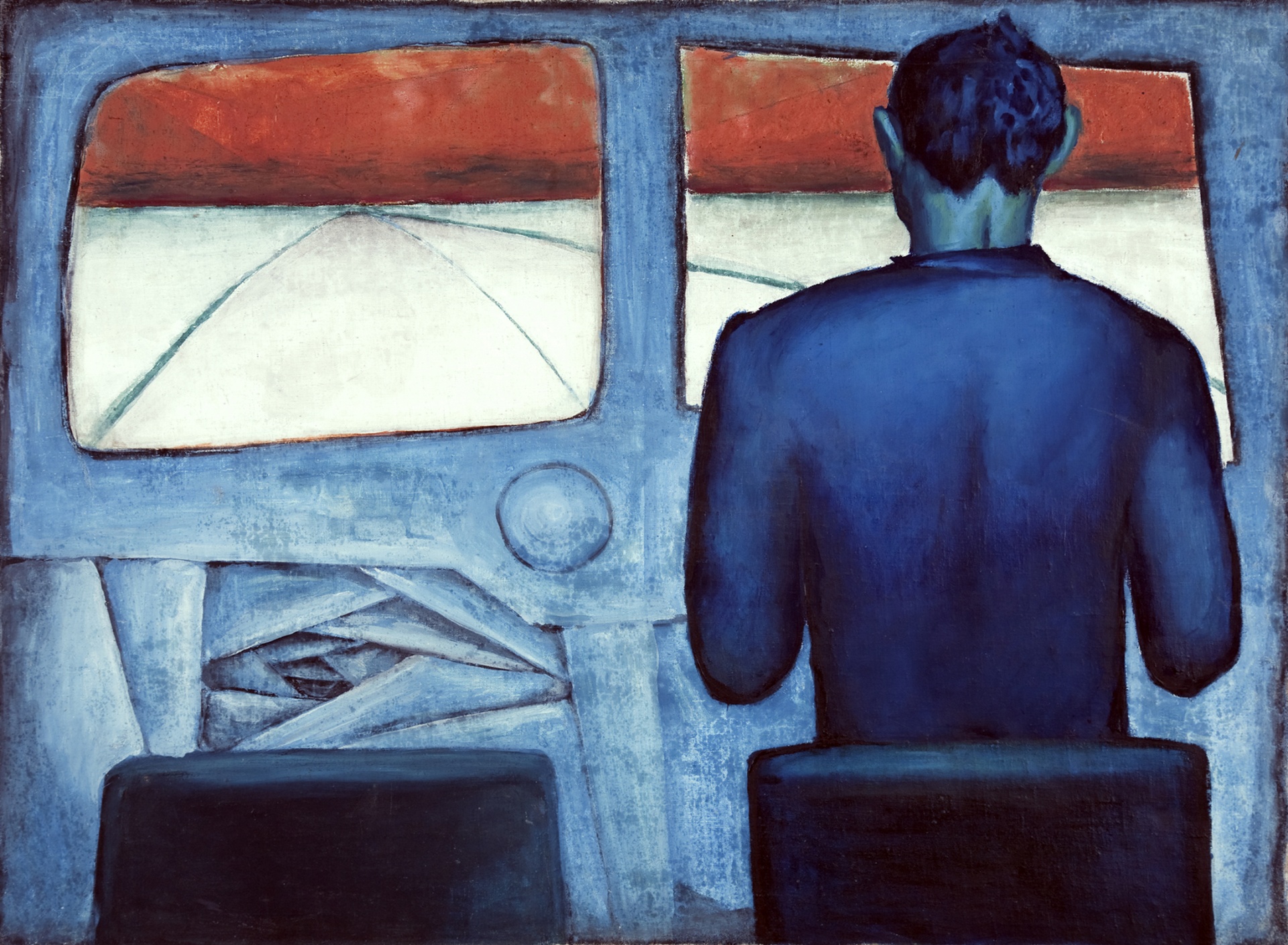 He trained at Krakow Fine Arts Academy but brushed aside the colourist fad it was propagating and proceeded to articulate the trauma of being suspended, day in, day out between life and death at the mercy of nazi “supermen” methodically cleansing ethnic Slavs and Jews.

At the age of 14 in 1941, Wroblewski had witnessed his father die of a heart attack while the Gestapo raided the family flat.

Sadly, Wroblewski’s seminal series of eight paintings titled Execution are not shown as the central element of this exhibition, but Mother and Dead Child, denoting the death and absence that the living endure, is thematically part of it. The blue pigment denotes death and the loss and absence experienced by survivors. 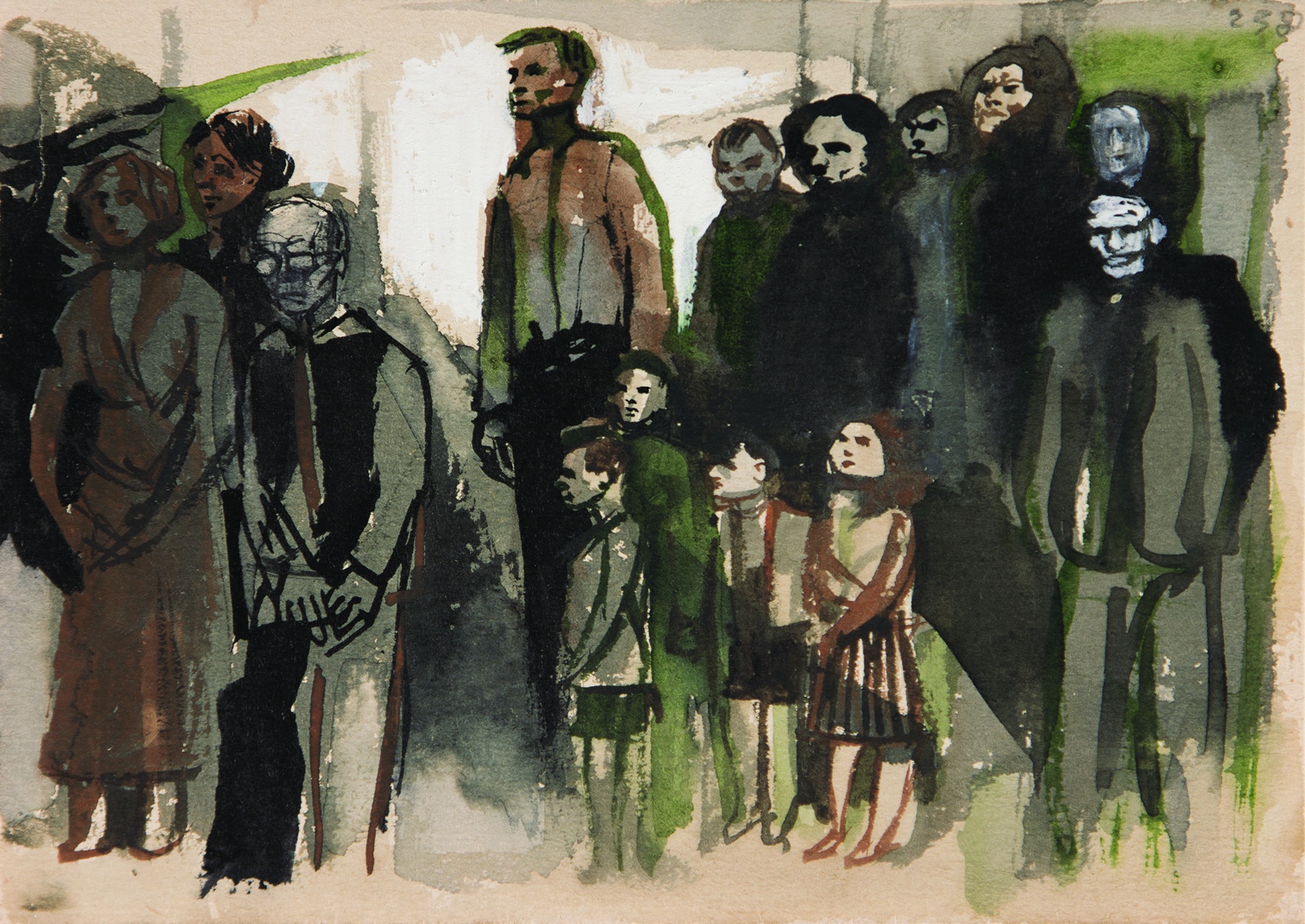 The harrowing masterpiece Surrealist Execution VIII, painted in 1949, unifies the various stages of a barbaric public murder, where bodies contort as bullets pierce them and the dead and the living continue to hold hands in tender support.

The series has been compared with Francisco Goya’s Third of May 1808 or Pablo Picasso’s Guernica. Viktor Tsyplakov’s Facing a Firing Squad and The Execution by Firing Squad of Torrijos and his Companions on the beach at Malaga by Antonio Gisbert also come to mind.

Significantly, Wroblewski elevates the victims to exclusion of everything else, including the firing squad. What is left is a mesmerising, if horrifying, study of the brief moments preceding violent death. 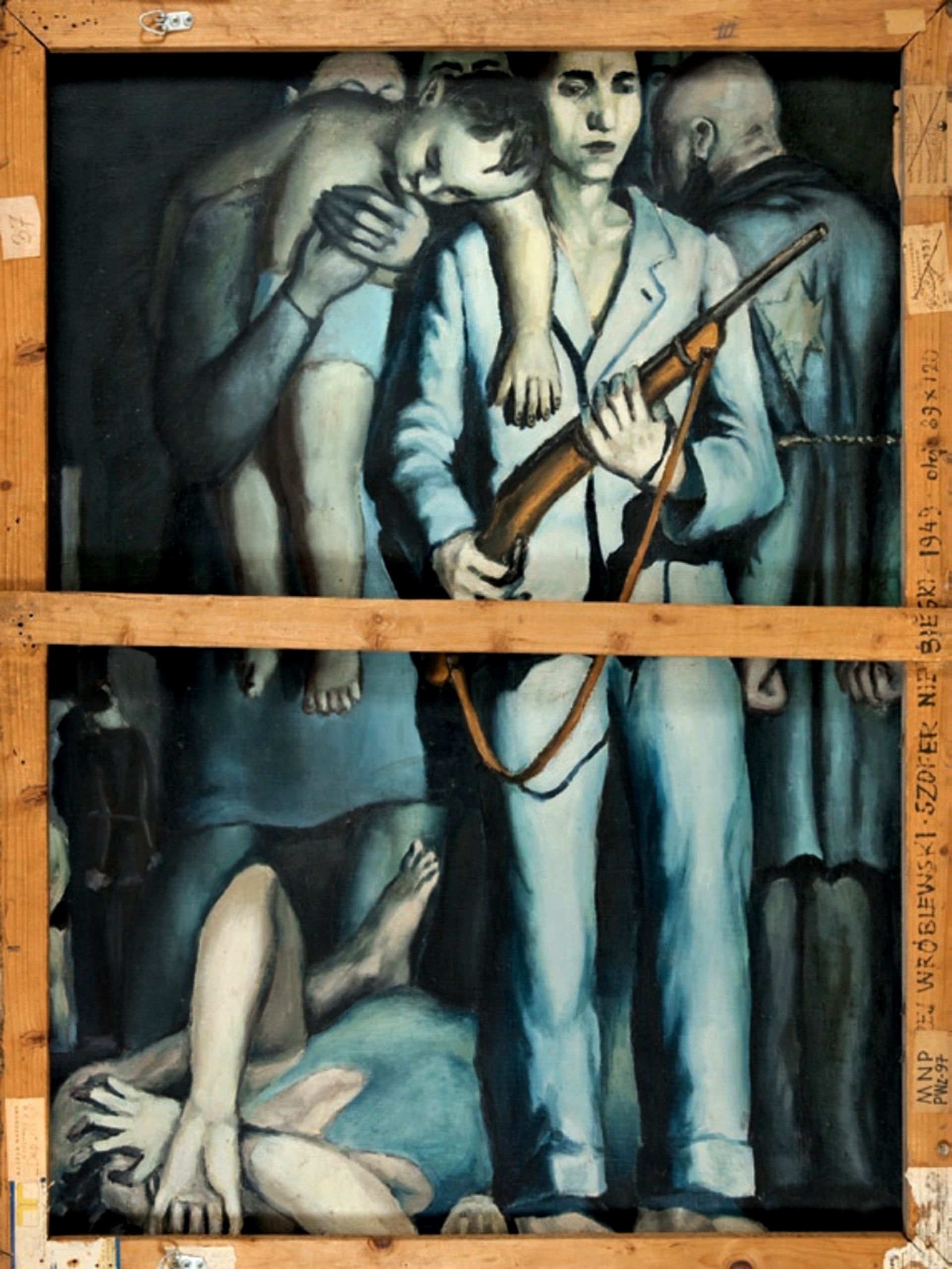 The two early Sketches for Execution on show illustrate the progression towards the masterpieces, while the earlier gouaches for the Chauffeur/Driver series hold the attention with their bold composition and the magnetism of the road ahead.

Wroblewski often painted on both sides of the canvas and the flip side of Blue Chauffeur reveals the intensely symbolic Liquidation of the Ghetto.

The confident, free-flowing gouaches that populate the gallery’s walls attest to his keen observational skills, with his sketch Union of Polish Youth Takes Command of the Air Force brimming with the optimism of the time. 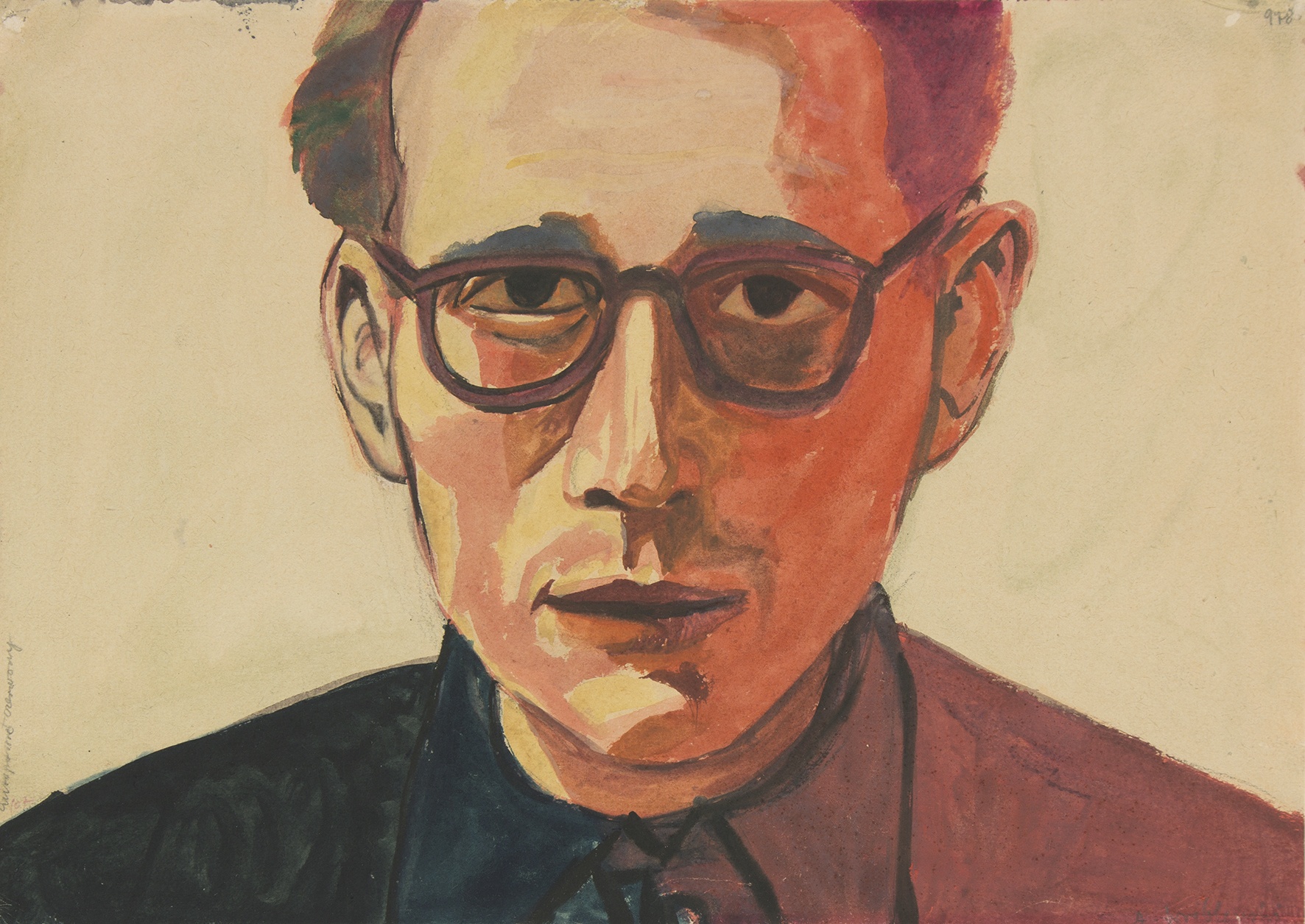 In recalibrating figurative art, advancing the body as a real and complex subject, Wroblewski overcame the established limits and canons of its representation. The economy of the brush strokes in the watercolour and gouaches may delight, but it also conveys, in Execution, a sense of impending apocalypse.

Wroblewski is a truly significant artist of the last century and this free exhibition of his work is not be missed.