THE streets of Minneapolis, Minnesota, have exploded into two days of street protests following the killing of a black man on Monday.

George Floyd, 46, was filmed on Monday for around 10 minutes saying “Please, I can't breathe” and calling for his mother as a police officer knelt on his neck while another officer watched on.

Mr Floyd eventually passed out and was taken in the back of an ambulance to a hospital where he was pronounced dead.

Black Lives Matter demonstrators held a protest on Tuesday near where the incident happened: 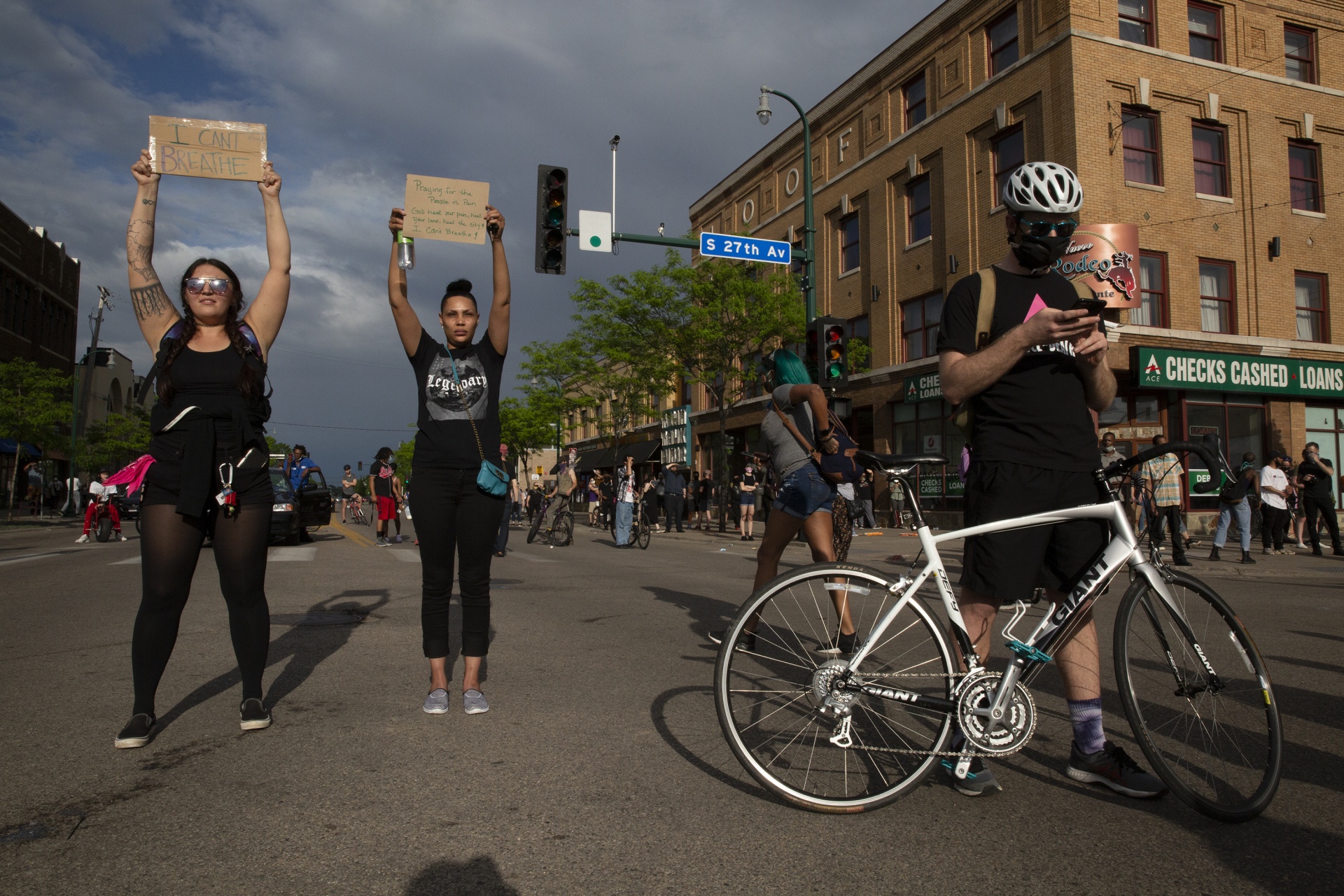 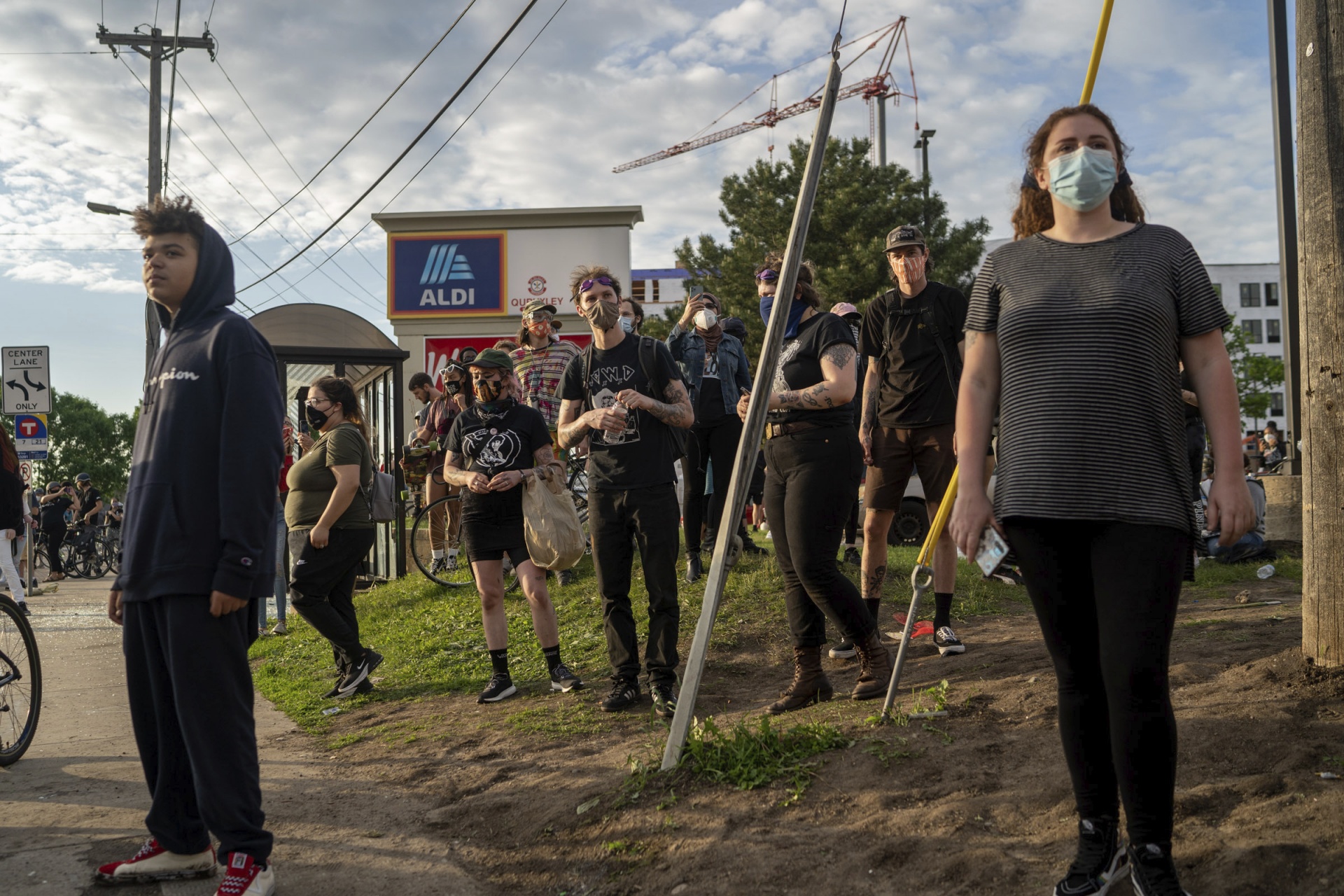 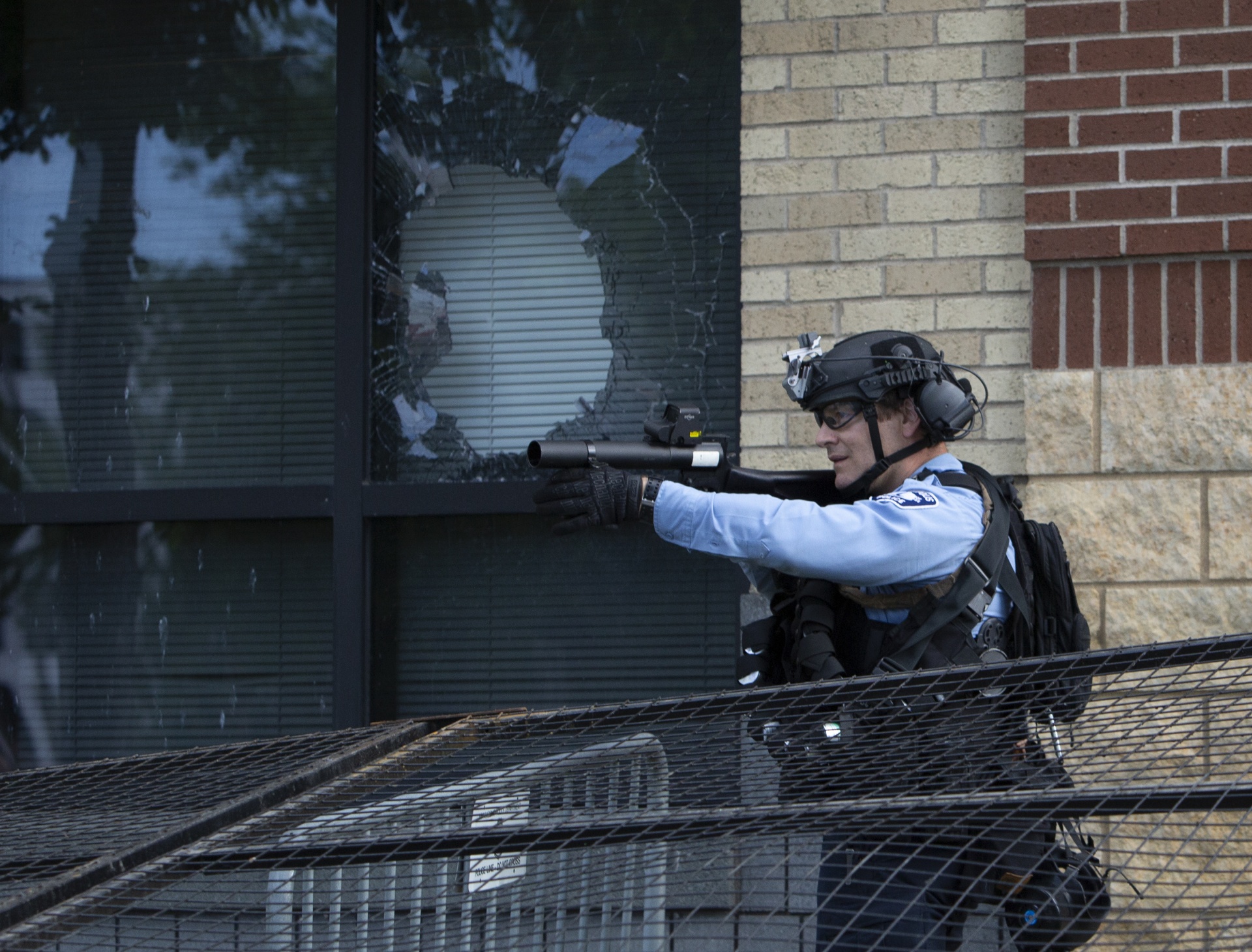 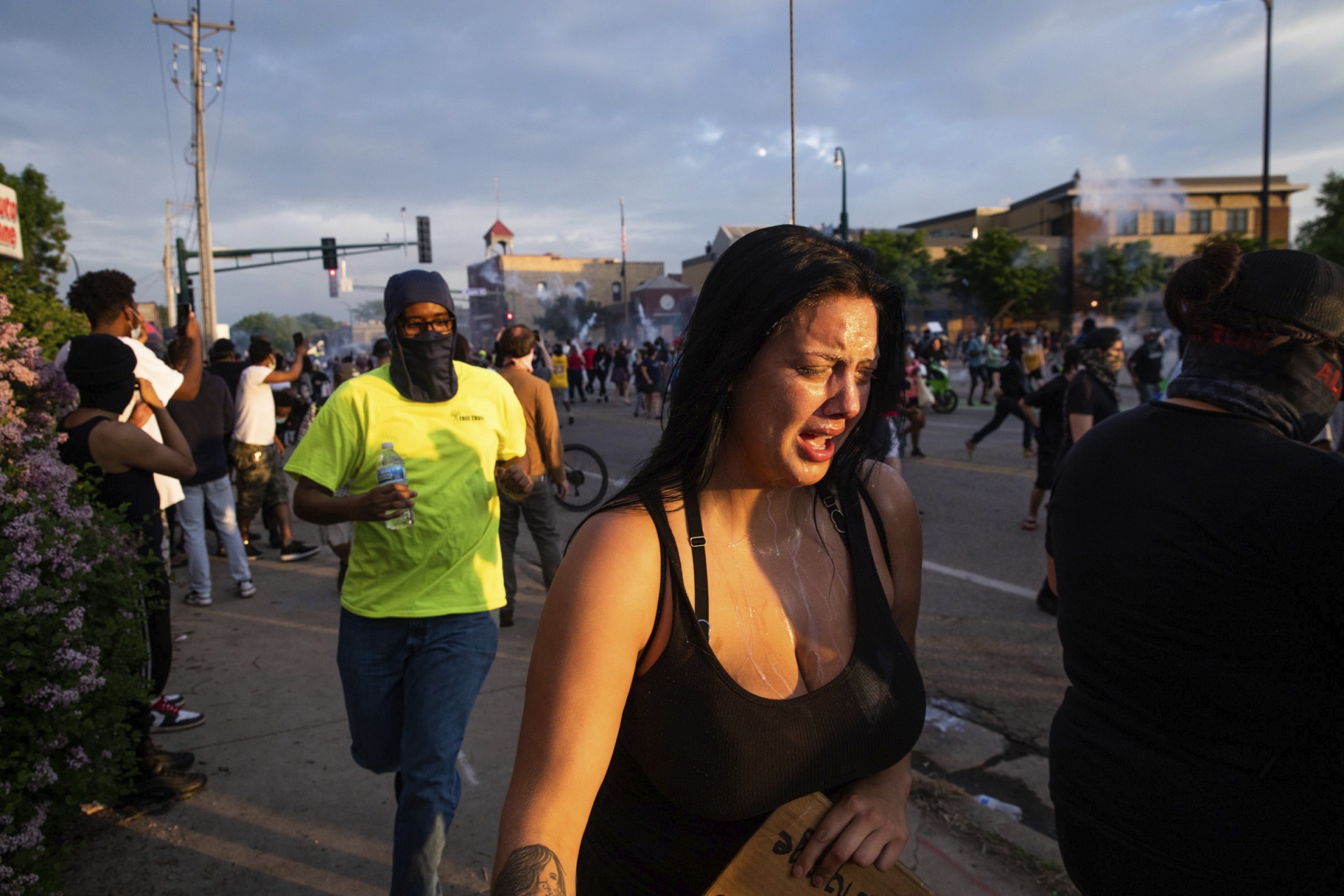 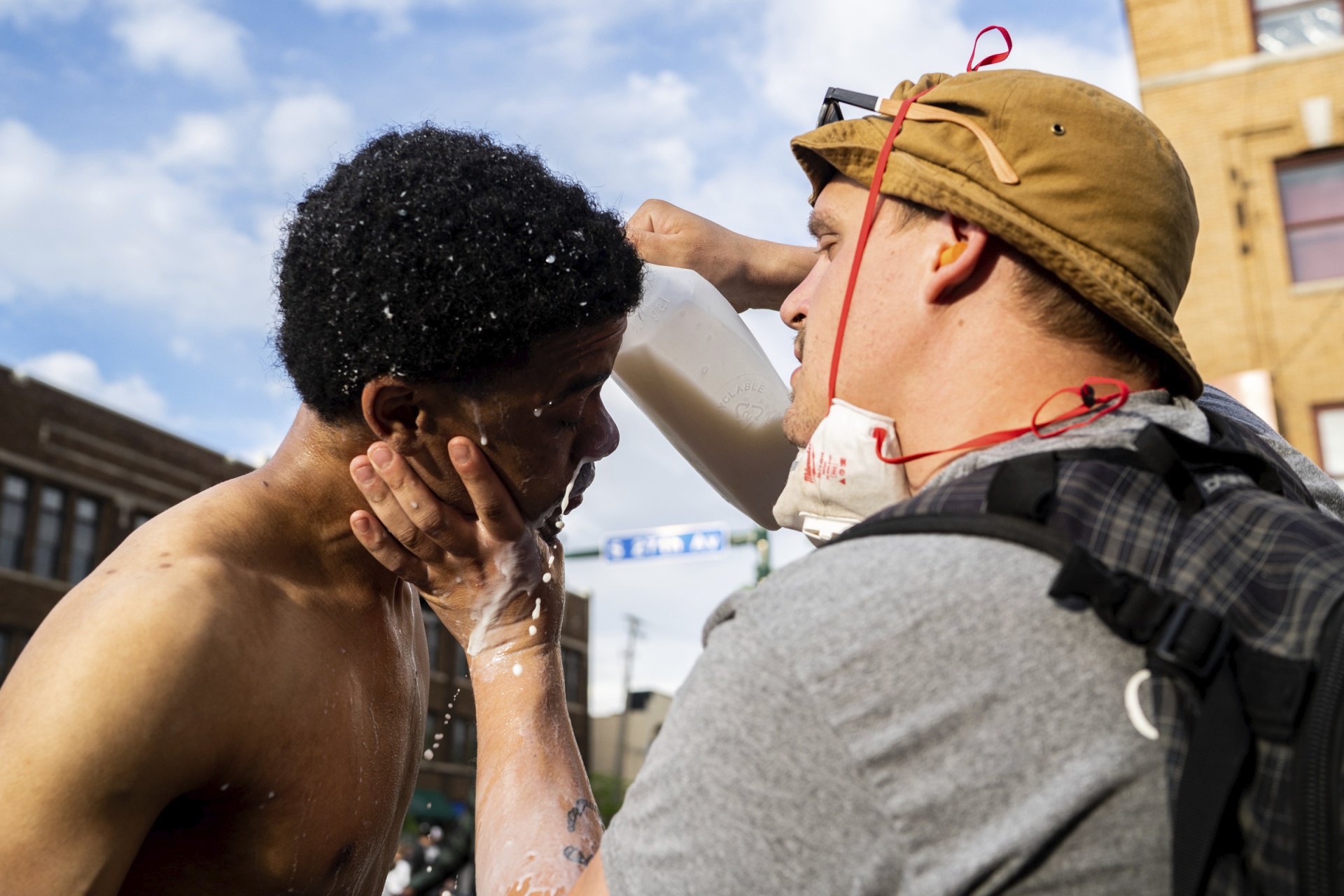 A man pours milk onto the face and eyes of another 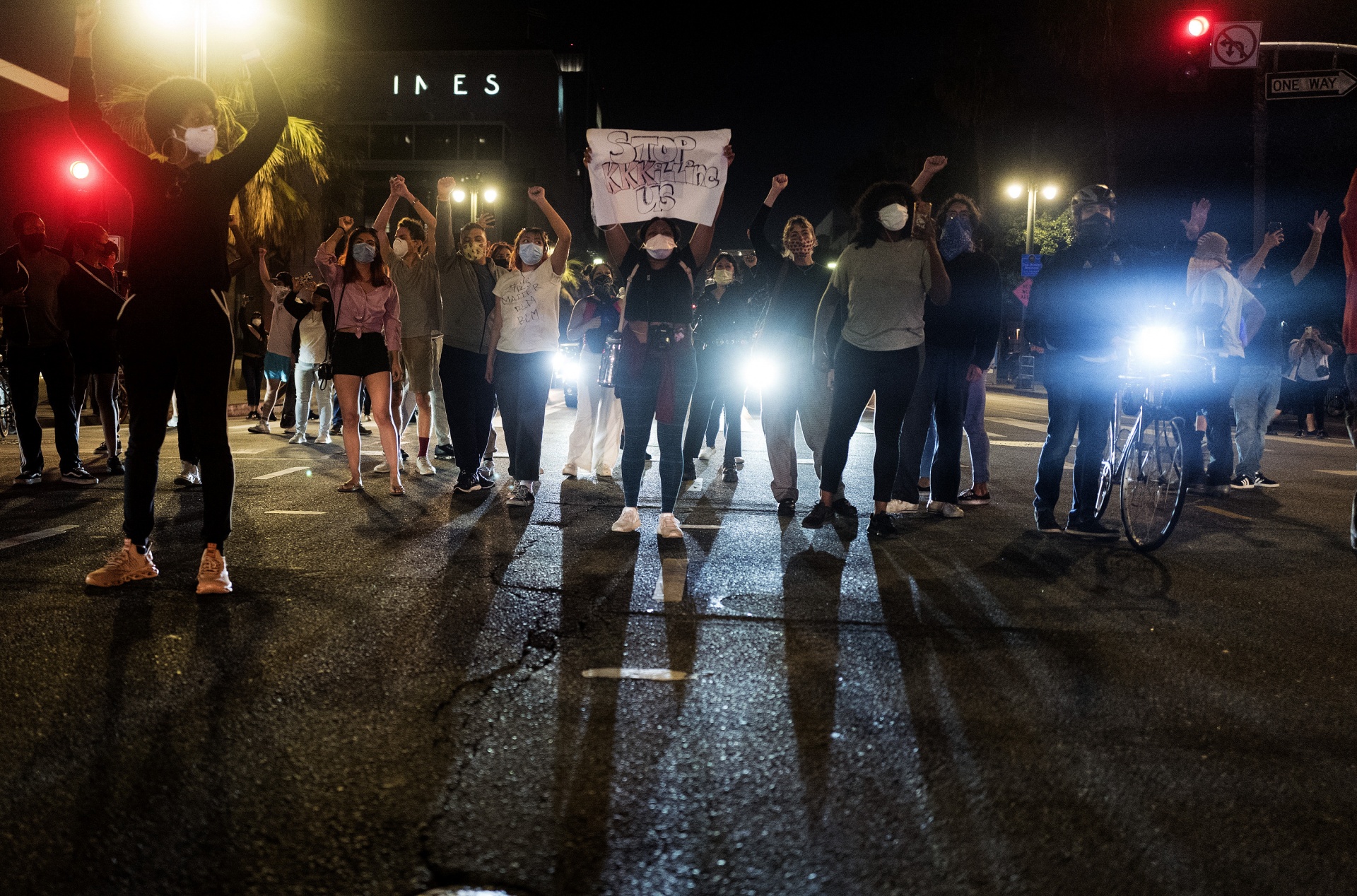 Demonstrators in Los Angeles block traffic during a protest 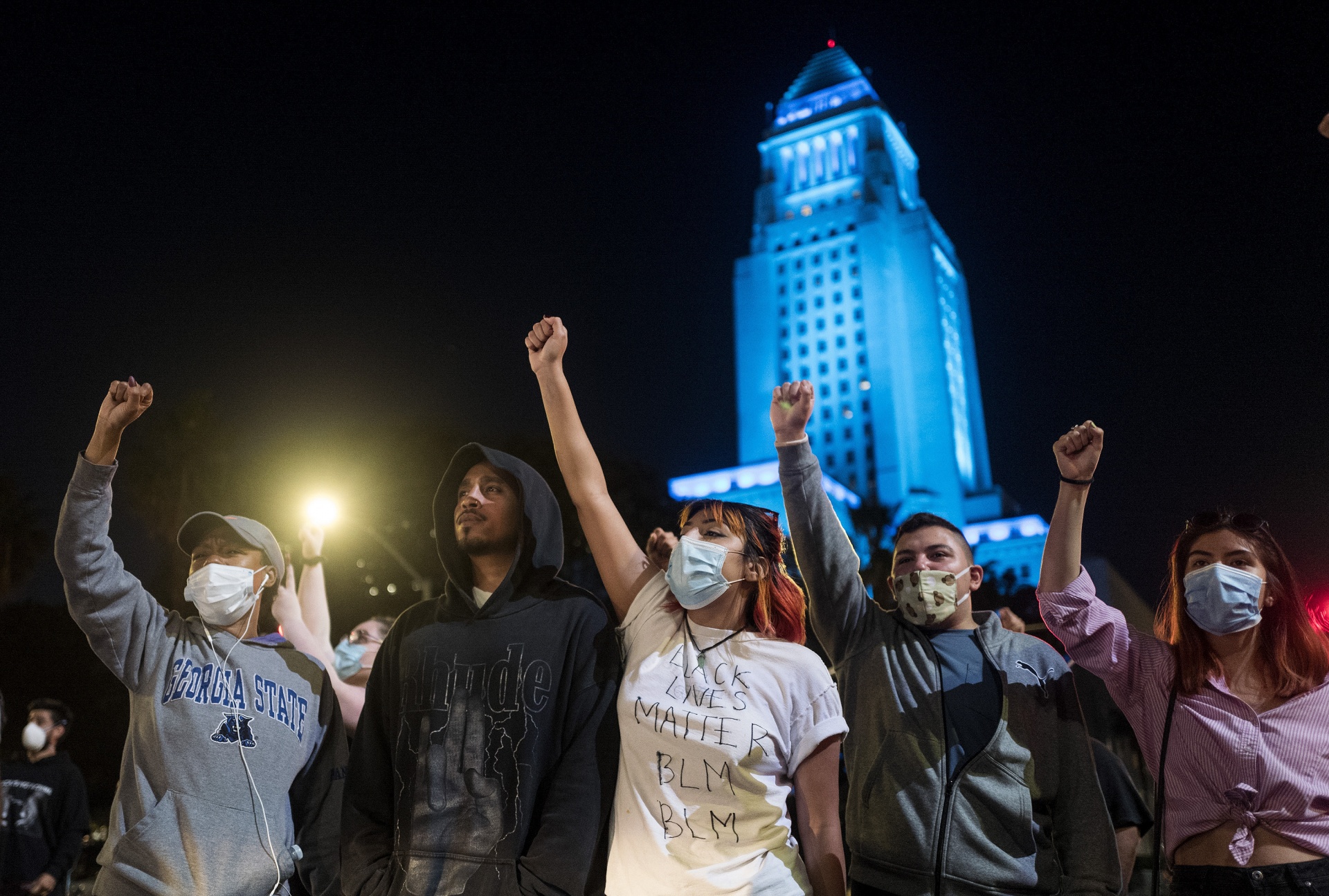 According to Mapping Police Violence, 24 per cent of the 1,099 people killed by US cops in 2019 were black.