'Fatphobia' and 'fat activism' are helping no one

In my late teens and early twenties this idea of 'combatting fatphobia' became prominent on the left — what did listening to this nonsense get me? Type two diabetes, writes TOM FLANAGAN

FATPHOBIA? Food intake and exercise are a choice — whereas your sex, sexuality, race and class are fundamentally not choices.
×

IN the year 2020, there is no corner of the internet you can go to to escape Tumblr-style identity politics. Every single little personality trait is treated as some protected characteristic which must be protected from some imagined discrimination that some halfwits imagine they receive in order to be able to win this long game of oppression Top Trumps we are all now expected to play.

The most ridiculous of these imagined oppressions, pushed by the “fatcceptance” or “fat activist” movement is “fatphobia,” the idea that people are just as hard done-by for eating too many Kit-Kats and chips, as the Irish were when they were starved of potatoes altogether.

Working-class parents are feeding their kids chicken burgers and chips for £3 because no one can afford fresh veg and no one has time to cook it, but rather than do something about it, campaign for cheaper veg, growing veg in socialist allotments, or arguing for a shorter working day, it’s “let’s start being positive about Barry with his coronary heart disease, he looks amazing.”

I must point out that I am writing this as a man in his mid-20s, with a weight in stones to match my age — I am by almost every metric an obese man.

In my late teens and early 20s this idea of “body positivity” and combatting fatphobia became very prominent in what was then the online left — and what did listening to this nonsense get me? Type two diabetes.

Imagine we dealt with any other disease this way?

“Sorry Mr Flanagan, the cancer has spread to your lungs, but don’t let society’s desired image of what a non-mutated cell should look like bring you down — you enjoy those cigarettes, ignore the bigots.”

Of course it must be said that there are conditions and hormonal issues that can leave people with perfectly healthy diets overweight.

But anyone with even a casual knowledge of the human body or a half-observant brain can tell the difference between what is “healthy but overweight” and what is patently, obviously, “fat” — with all the negative connotations for health and what an individual can and can’t do that comes with the word.

This is not to say that fat people deserve abuse — and it is welcome that it is no longer acceptable to be cruel to the overweight in popular culture or in the workplace. But that’s just good manners — not the result of liberation struggle punctuated by protests, prison sentences or martyrs — although “fat activism” does spuriously attempt to claim that those who die from the poor diet they defend as “victims of a system that doesn’t understand fatness” (rather than, say, a massive heart attack).

Because fatphobia doesn’t exist in the way that online “fat activism” argues that it does.

Being fat is not “misunderstood” by doctors. It is not stunning and brave, it is not a challenge to oppressive systems, be it capitalism, patriarchy and so on.

Just because fat people may also be oppressed for their race, sex, or social class does not mean that fatness, by osmosis, is an oppressed category in itself.

Food intake and exercise are, even in the most extreme pressures of your home life and culture, a choice — whereas your sex, sexuality, race and class are fundamentally not choices:  even gingers have a better claim to being an oppressed group than fat people.

If it exists at all as a social phenomenon, then “fat phobia” is motivated by concern at poor health choices, like one might “discriminate” against heavy drinkers or smokers — it is not fear of another way of life. There is no “phobia” — people are not scared of me or what I represent — save for the owners of all-you-can-eat buffets and the pilots of light aircraft

But me being a lump of lard and not getting off my arse to go for a walk is viewed in some circles as being as revolutionary as the Kinder Scout trespass, despite being in many ways literally the opposite to that.

I may eventually lose weight, and become a healthier and happier person — and that would be the true victory over the system that wishes to keep us miserable.

Because yes, make no mistake about it, being fat and the other health problems connected to poor diet are part of capitalist oppression.

The worst food is the cheapest and easiest to provide to yourself and your children. Yes, not having food preparation time is a class issue, as is not having a kitchen or having been raised knowing how to use one. 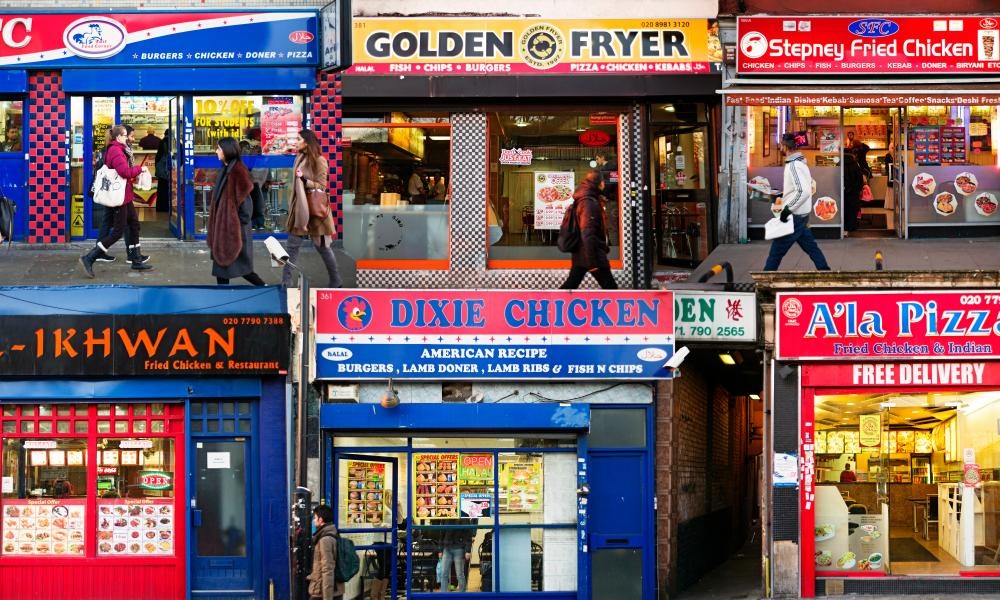 And certainly, the oppression of corporate beauty imagery that leads to eating disorders in both directions — from anorexics and bulimics guiltily starving themselves to compulsive eaters guiltily bingeing — is only getting worse,

But overcoming all this will not be achieved by mere acceptance, but by socialism: putting the subsidised canteens back in the workplaces with decent, healthy food, giving school students three free meals a day, banning the peddlers of junk or taxing them to fund a healthier society, endorsing and paying for collective physical activities and giving workers time off to enjoy them — from football to rambling.

Why doesn’t our National Health Service include a nationalised network of gyms, for instance? Why only treat the symptoms, not the cause?

When you look at the options this way — then saying “you be you” to someone suffering from an eating disorder — is the same as saying “this disease of capitalism is absolutely fine, and I defend it.”

Socialists must be clear that we want a better society, not just one with more choices — and we are more than happy to tell people what to do to get there.