Yes, there is freedom of the press in Nicaragua

ONE of the many false charges waged against the Sandinistas is the alleged lack of press freedom in Nicaragua. Yet despite these claims of a total control of the media by the government, the opposition press circulates freely and openly, publishing sensationalist, selective and, more often than not, fake stories designed to inflame tensions and stoke anti-Ortega sentiment.

The government does not hold a monopoly over the media. Nicaragua’s two main daily newspaper La Prensa, along with the weekly Confidencial and TV channels including Canal 10, are all opposition-supporting media outlets that publish inside the country.

Earlier this year Nicaraguans reacted with anger when Reporters Without Borders (RSF) announced that Confidencial would be awarded a prize for independence in its 2019 Press Freedom Awards.

Confidencial Nicaragua is often portrayed as a brave, independent news organisation run by a small editorial team in opposition to Nicaragua’s Sandinista government.

But it is in fact owned by the country’s wealthy and influential Chamorro family and bankrolled by the National Endowment for Democracy.

The Chamorro family has a long-standing and complex political history in Nicaragua. Pedro Joaquin Chamorro, an editor of La Prensa and staunch opponent of the Somoza dictatorship, was killed in 1978.

But the conservative Violeta Chamorro split from the Sandinista movement when it adopted more socialist policies, and, backed by the US, became the country’s first woman president in 1990.

Confidencial has received consistent backing from Washington including a $390,000 (£320,420) grant to Mr Chamorro’s NGO, the Communication Research Centre (Cinco).

It is accused of peddling “fake news” to undermine Mr Ortega.

RSF has itself come under fire for accepting funds from organisations including the Open Society Institute and the Centre for a Free Cuba, along with NED.

The controversial announcement followed news that the Washington-based Committee to Protect Journalism (CPJ) was to hand a similar press-freedom award to Miguel Mora, director of 100% Noticas.

While Mora has tried to portray himself as a plucky victim of the brutal Sandinista regime, the reality is somewhat different. In May 2018 he falsely claimed that his TV station was under attack by government supporters. In retaliation he urged oppositionists to attack the Sandinista station Nuevo Radio Ya.

The building was set ablaze with 20 journalists locked inside while opposition supporters shot at police and firefighters, hampering the rescue operation and putting lives in danger. The following month Mora’s supporters burned the building of Radio Nicaragua in another dangerous attack on journalists.

He has also made public calls for Daniel Ortega to be killed and his inflammatory reporting is said to be responsible for hundreds of deaths during the violent armed coup attempt in 2018. Mora was jailed for his actions – however he has since been freed as part of the Sandinista government’s amnesty.

Following his release he announced his intention to stand against Daniel Ortega in Presidential elections – all of which seems strange in an apparent dictatorship.

Internationally the press fares no better. In Britain, the liberal Guardian and the BBC have both consistently portrayed Ortega and the Sandinistas as a brutal regime lacking popular support.

However both organisations declined invitations to attend the 40th anniversary of the Sandinista Revolution celebrations in Managua despite having reporters based nearby. Whatever you think of Ortega and the Sandinista government, the revolution was a major historical event and surely warrants coverage from any serious media organisation.

One can only presume the decision was a political one, driven by the fact that what they would have seen would not have fit their narrative.

Instead both media organisations chose to run anti-Sandinista articles in the run-up to the anniversary, based on the testimony of opposition supporters.

This fits into the pattern of support for regime change in the region, most notably Venezuela where their support for coup-leader Juan Guaido was barely disguised.

Part of any attempt at regime change is the propaganda war and shows the need for a truly independent media that isn’t owned by or bankrolled by the billionaires.

Majority be damned - this government is still susceptible to mass revolt

Turkey accused of fuelling resurgence of Isis in Libya 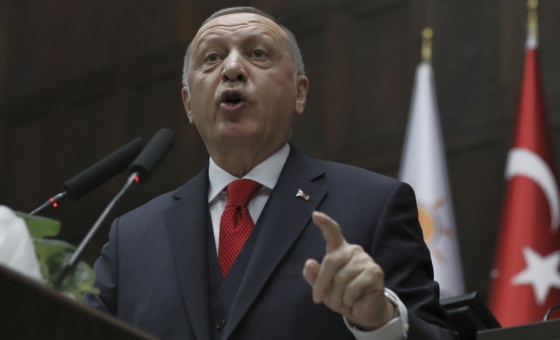