The Morning Star's Heroes & Villains of 2020 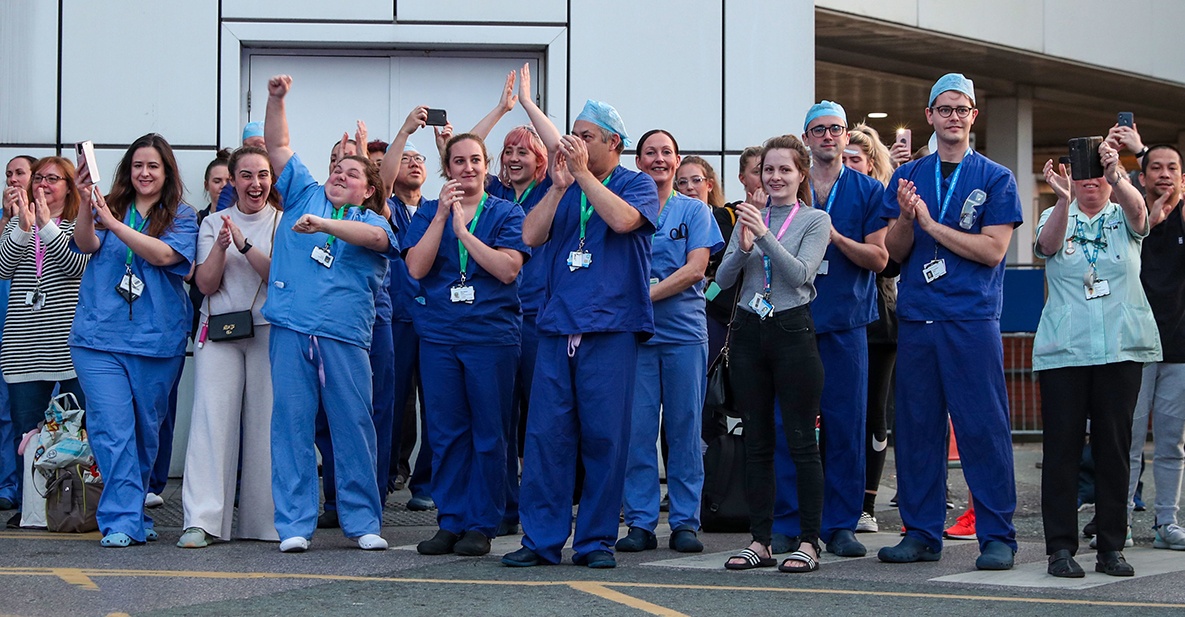 THE hypocrisy of ministers who stood and clapped during the first lockdown but have gone on to deny public-sector workers the pay rise they need and deserve will not be forgotten, but neither will the lesson of the lockdown itself: that it is the nurses, care workers, cleaners, transport workers, postal and comms workers, refuse workers, couriers, shop staff and others whose labour keeps our country running, even when it is often the worst paid.

The case for a new deal for workers has never been stronger. 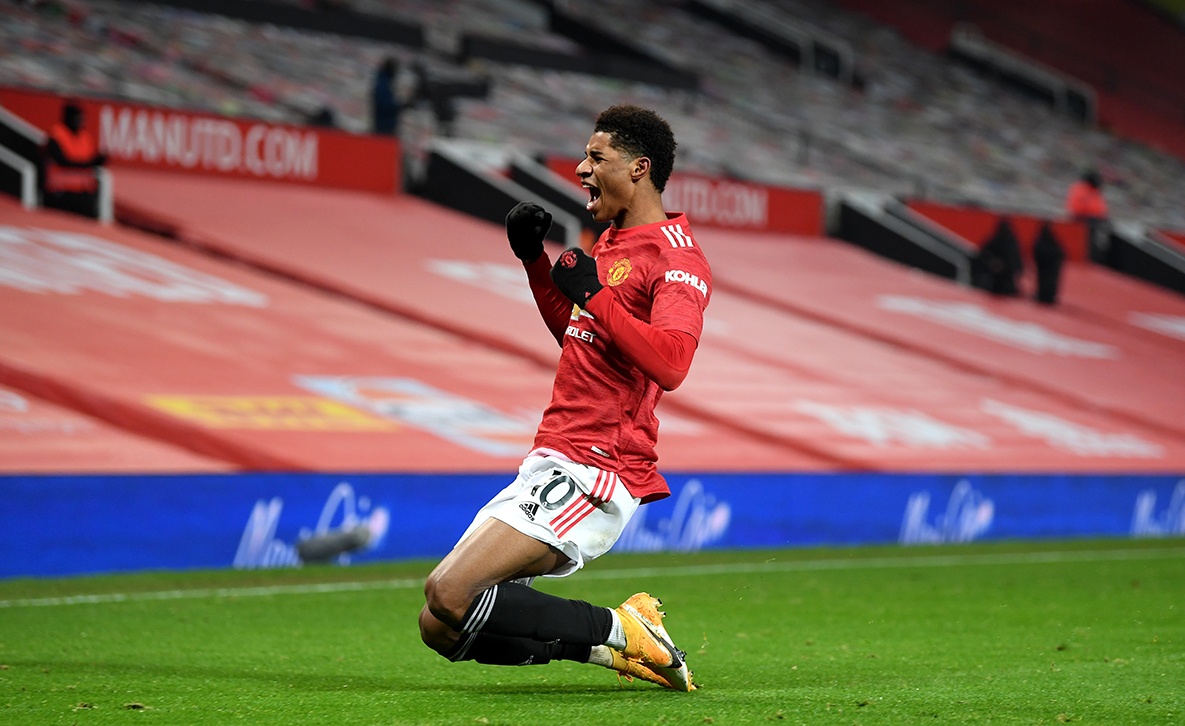 Any heroes list for 2020 which leaves out Marcus Rashford is incomplete.

His contribution off the football pitch saw the Manchester United and England striker force Boris Johnson and his cronies to do the right thing and keep providing meals for vulnerable kids, forcing the government into an embarrassing U-turn.

That this came at a time when MP Matt Hancock was calling on footballers to give up their wages to help the NHS further highlighted what an embarrassment the Conservative party really is — calling out players, often from working-class backgrounds, but being too afraid to do the same for the tax cheats who donate millions to the party.

Rashford has continued the campaign to help young children across Britain, not letting the government off the hook when it comes to helping those less fortunate and being the voice for millions of children who needed a helping hand in 2020. 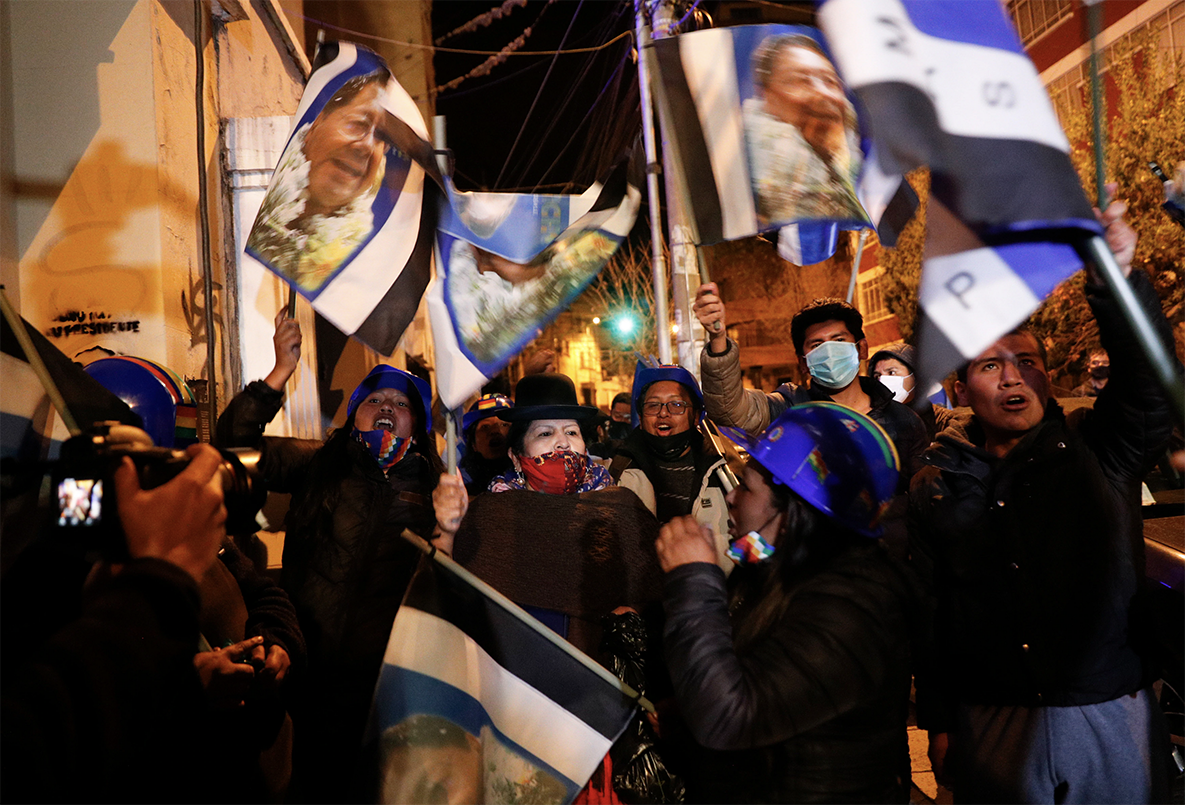 Last winter democracy was crushed in Bolivia, with full support from the United States and its allies, including the British government.

All the classic coup ingredients were rolled out: right-wing street protests claiming to represent the will of the people, a baseless Organisation of American States report casting doubt on the overwhelming re-election of MAS leader Evo Morales followed by the army giving the elected president his marching orders and appointing a successor.

The security forces massacred protesters against the coup, Morales fled for his life, and MAS supporters faced a year of persecution.

Yet they organised across the country, repeatedly rallied enormous crowds demanding new elections and forced the coup government to concede them — resulting in MAS’s emphatic re-election under Luis Arce and Morales’s triumphant return.

A ray of light in a bleak year, the MAS win was a victory for democracy and self-determination against imperialism. 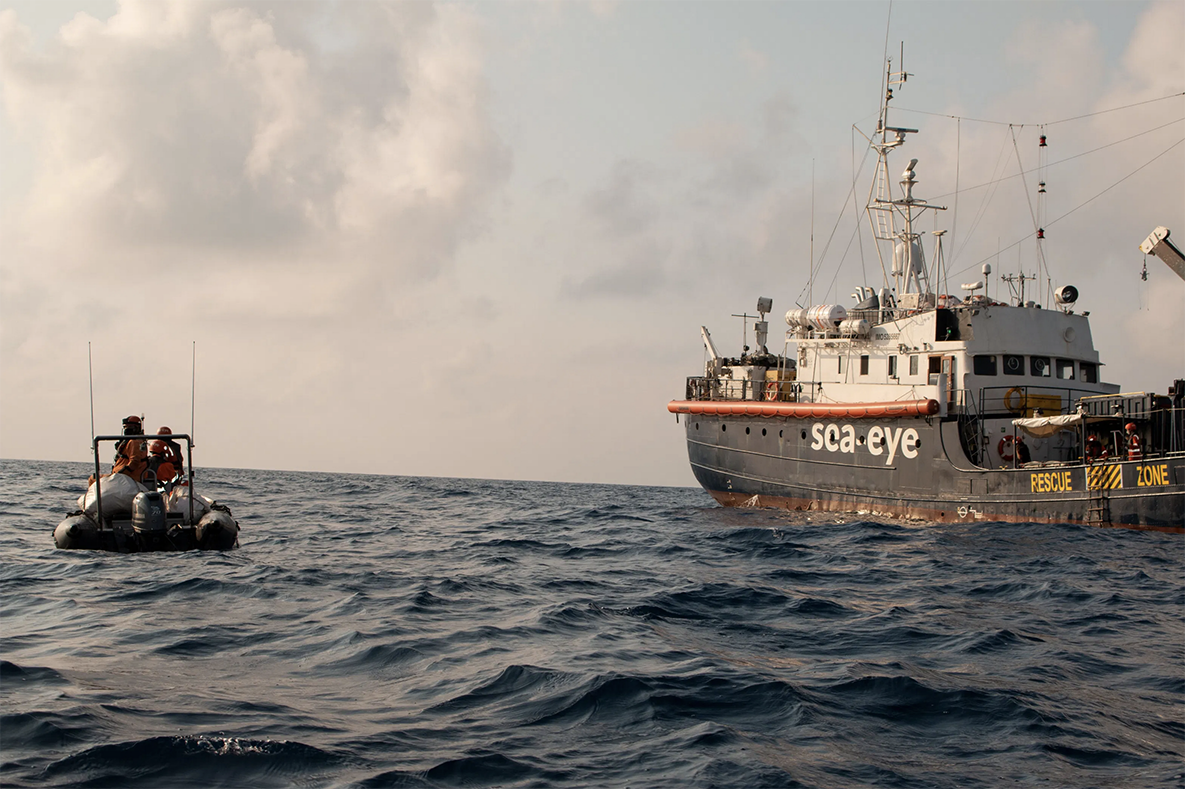 Almost 1,000 people were intercepted by the EU-supported Libyan coastguard within the first two weeks of 2020.

Since the EU pulled its own ships from the Mediterranean in 2019, the only actors able to prevent refugees drowning or being returned to Libya’s notorious migrant detention centres were a collection of NGO rescue ships — often referred to as the civil fleet.

Having spent most of 2019 drafting laws to stop NGO rescuers, the Italian and Maltese governments began 2020 in a truce with the civil fleet.

The outbreak of Covid-19 in Europe changed that.

In March, Rome and Valletta announced their ports were closed to refugees.

Despite being continually ignored, demonised and detained for months on end by the European authorities, the Aita Mari, Ocean Viking, Sea Watch 3 and 4, Alan Kurdi, Mare Juno, Open Arms, and Louise Michel rescue ships managed to save thousands of lives this year.

Without the activist network Alarm Phone, the distress calls of thousands of people who attempted or were forced to cross the Mediterranean and Aegean seas this year would have gone unheard. 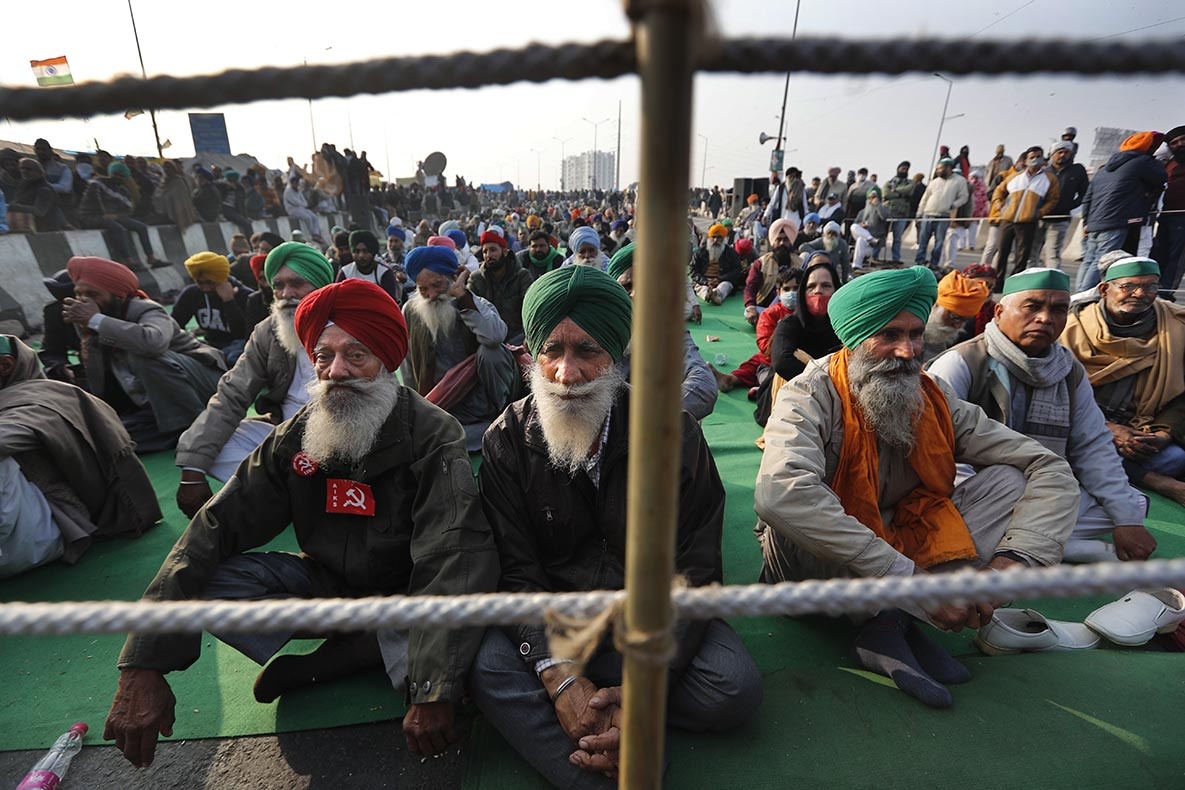 Indian farmers listen to a fellow farmer speak as they block a highway in protest against new farm laws at the Delhi-Uttar Pradesh state border, on the outskirts of New Delhi, India

In six years in office Narendra Modi has undermined the foundations of the secular Indian republic that was won over decades of struggle against British rule, institutionalising the persecution of Muslims with the Citizenship Amendment Act, trampling over the rights of states and presiding over the effective criminalisation of inter-faith marriage, while RSS thugs mete out terror and violence to his opponents.

Yet resistance is growing, with the country witnessing the biggest general strike in history on November 26 and now a farmer’s movement blockading New Delhi and staging rallies tens of thousands strong in every state against his bid to marketise Indian agriculture, drop price controls and allow transnational corporations to move in.

Neither police violence nor government bribes have induced the farmers’ movement to back down. All power to them. 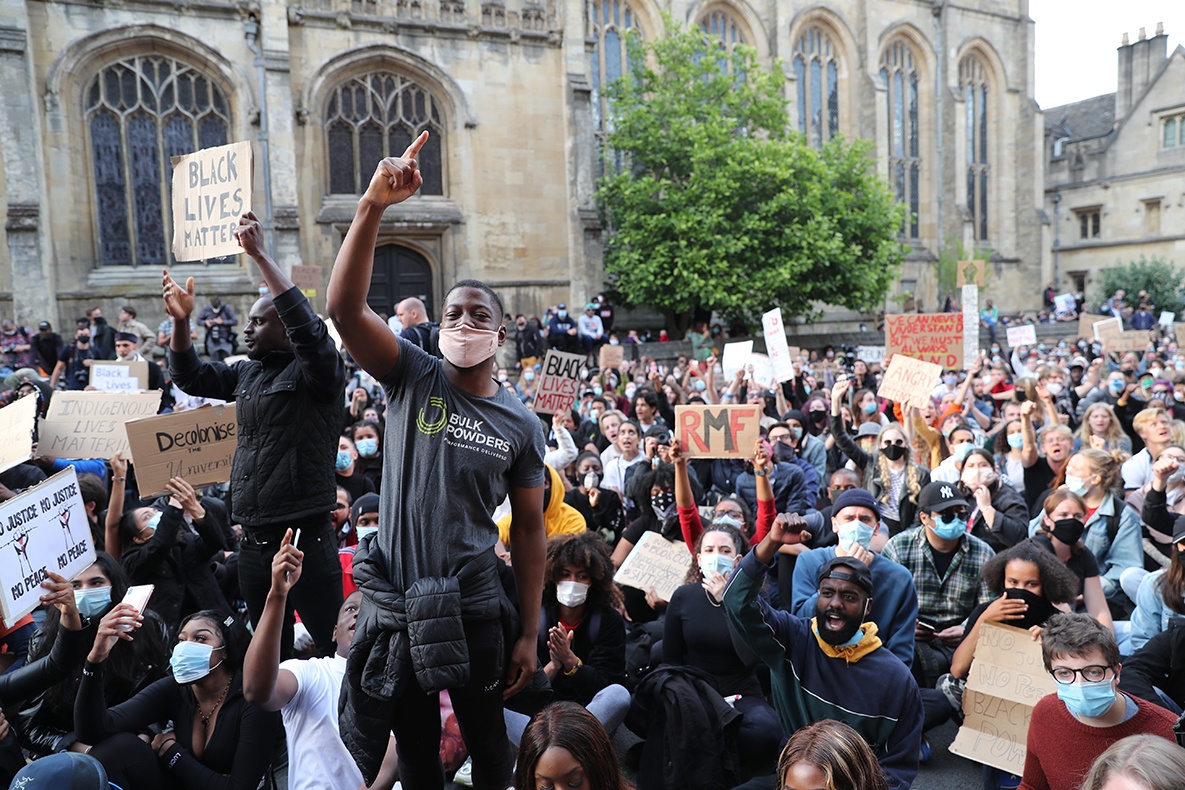 People during a protest calling for the removal of the statue of 19th century imperialist, politician Cecil Rhodes from an Oxford college in June

On May 25 footage of white police officer Derek Chauvin kneeling on the neck of George Floyd until he died exploded onto screens around the world.

By June the outraged response of millions had reached such a size they were arguably the largest movement in US history.

It’s hard to say yet what the political legacy of this unprecedented uprising will be: with 14,000 arrested in 49 cities the protests are ongoing.

But with resistance to batons, tear gas and rubber bullets now in the muscle memory of so much of the US working class, the idea that it will accept brutal inequality without a fight any longer is unthinkable.

It’s hard to pick a Tory minister whose villainy stands out in the parcel of rogues that is the British government.

Rishi Sunak, who reportedly convinced the PM to ignore scientific advice and delay a second lockdown, leading to the virus’s renewed spread?

Gavin “we’re a much better country than any of them” Williamson, who is placing us all at risk with his refusal to shift schools to remote learning?

But we’ve picked two who, in different ways, embody the venality and brutality of our rulers.

Health Secretary Matt Hancock has used a health crisis to enrich Tory cronies and cynical privateers, handing contracts to those totally unfit to deliver them and ensuring that Britain has the highest coronavirus death toll in Europe and rising.

And Priti Patel, whose vow to deport a thousand refugees by the end of 2020 shows that the cruel and racist “hostile environment” is worsening. Each of them demonstrates the need to oust the Tories, day in, day out. 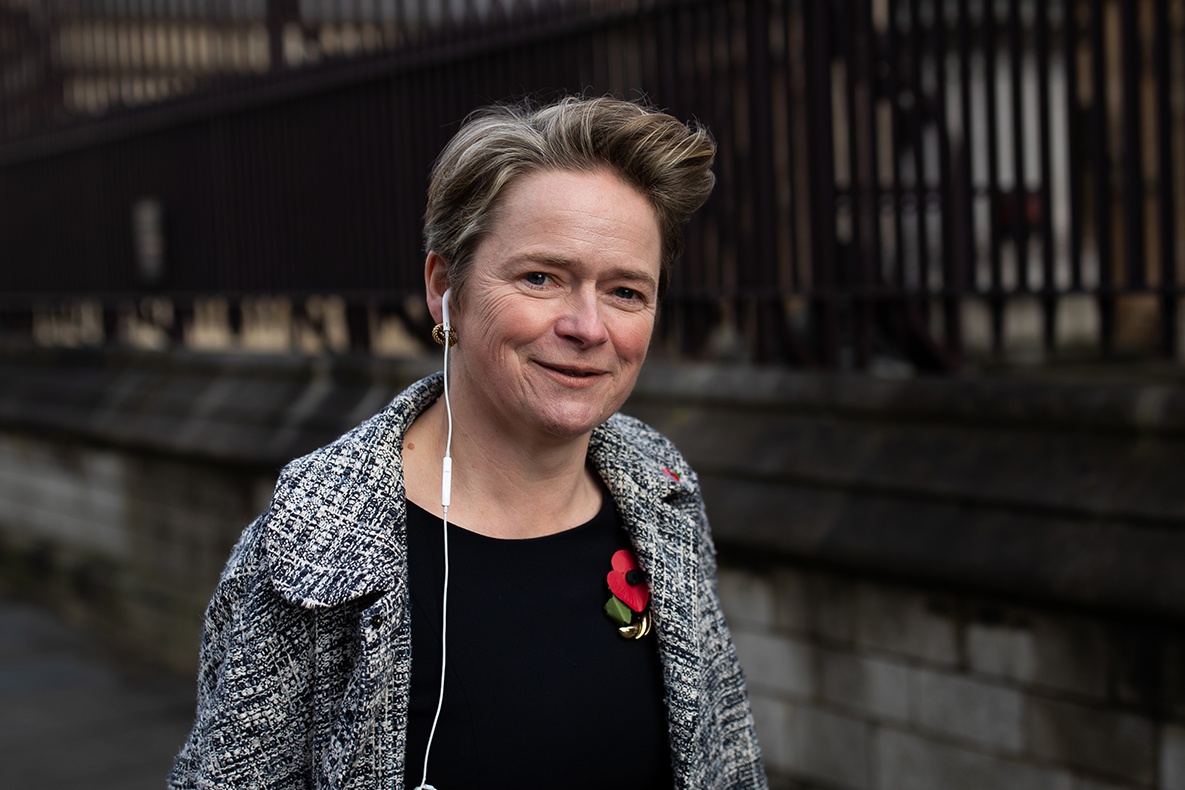 If the heroic sacrifices of our key workers have been on display this year, so has the staggering corruption of the incompetent, sleazy elite who run Britain.

Who better represents it than Dido Harding, the disgraced TalkTalk chief exec whose watch saw children hack the personal data of 157,000 customers and Jockey Club board member who let the Cheltenham Gold Cup proceed as a virus super-spreader in spring, and whose connexions — Oxford with Cameron, hubby a Tory MP — saw her handed control of our test-and-trace system and then the National Institute for Health Protection, replacing Public Health England (which her husband had long campaigned to be abolished).

Harding isn’t the only beneficiary of Tory cronyism — vaccine chief Kate Bingham and even Matt Hancock’s pub landlord have enjoyed the largesse of their friends in government.

But she will forever be associated with the bungled, privatised test-and-trace disaster that stopped us suppressing the virus.

We’ve learned a lot about the nastier characters in the Labour hierarchy this year, not least through the leaked report that exposed in devastating detail how Labour HQ staff hostile to Jeremy Corbyn abused the membership, stymied the party’s disciplinary process and then blamed the leadership for it and sabotaged its efforts in the 2017 election.

New general secretary David Evans is a fitting successor to that crew, presiding over a crackdown on discussion and debate and sweeping suspensions and expulsions of members in a transparent bid to crush the socialist left and prevent anything like the Corbyn movement re-emerging.

The battle for democracy in the Labour Party should matter to all socialists, members or not — its authoritarian new order is bad news for the entire movement. 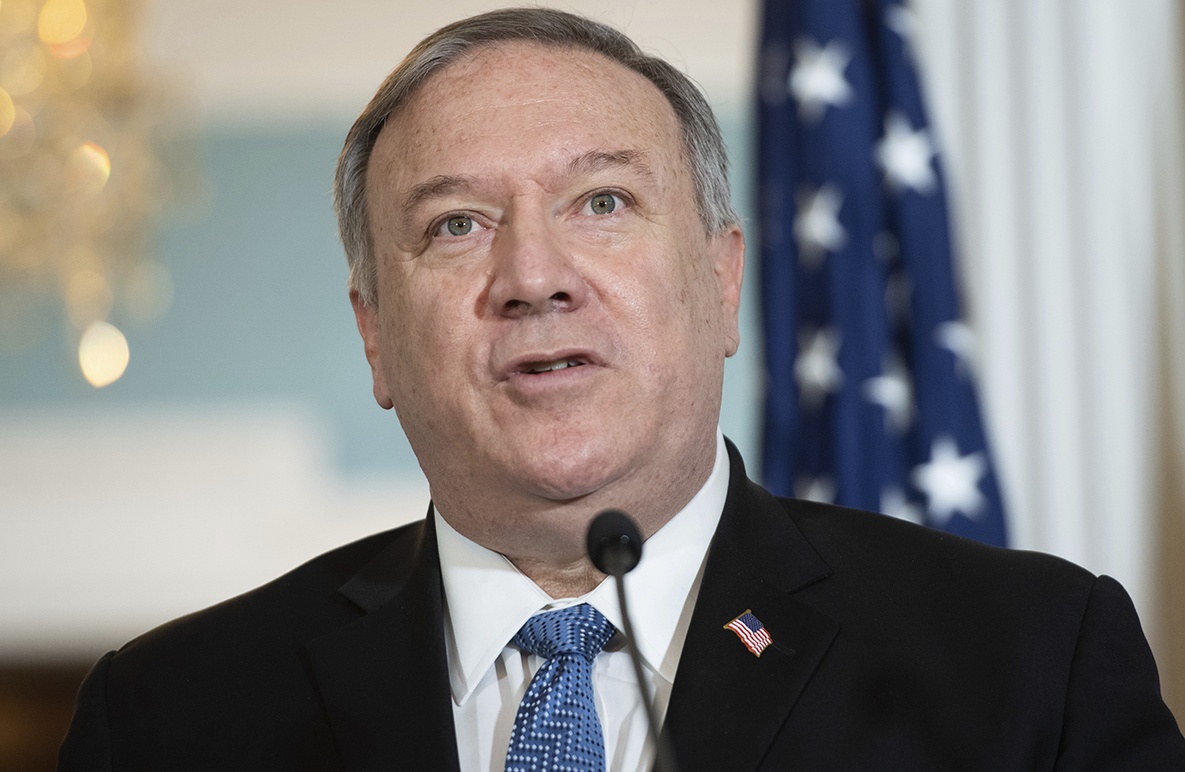 Outgoing US Secretary of State Mike Pompeo in November

Donald Trump may be making an exit, albeit in spectacularly ungraceful fashion, but his Secretary of State walks the Earth sowing the seeds for a poisonous harvest.

A coincidence that Pompeo’s secret meeting with blood-soaked Saudi Crown Prince Mohammed bin Salman and Israeli PM Benjamin Netanyahu in Neom took place just before the murder of Iranian scientist Mohsen Fakhrizadeh, in a bid to derail any detente between Iran and Washington? Unlikely.

As Arab states grant Israel recognition in a further blow to the prospects of an independent Palestine, the US establishes a consulate in the Moroccan-occupied territory of Western Sahara and drops the jihadist East Turkestan Islamic Movement from the terror list in its anti-China zeal.

Pompeo is not just shoring up Trump’s horrendous legacy, he is testing the water for a future hard-right presidency of his own. 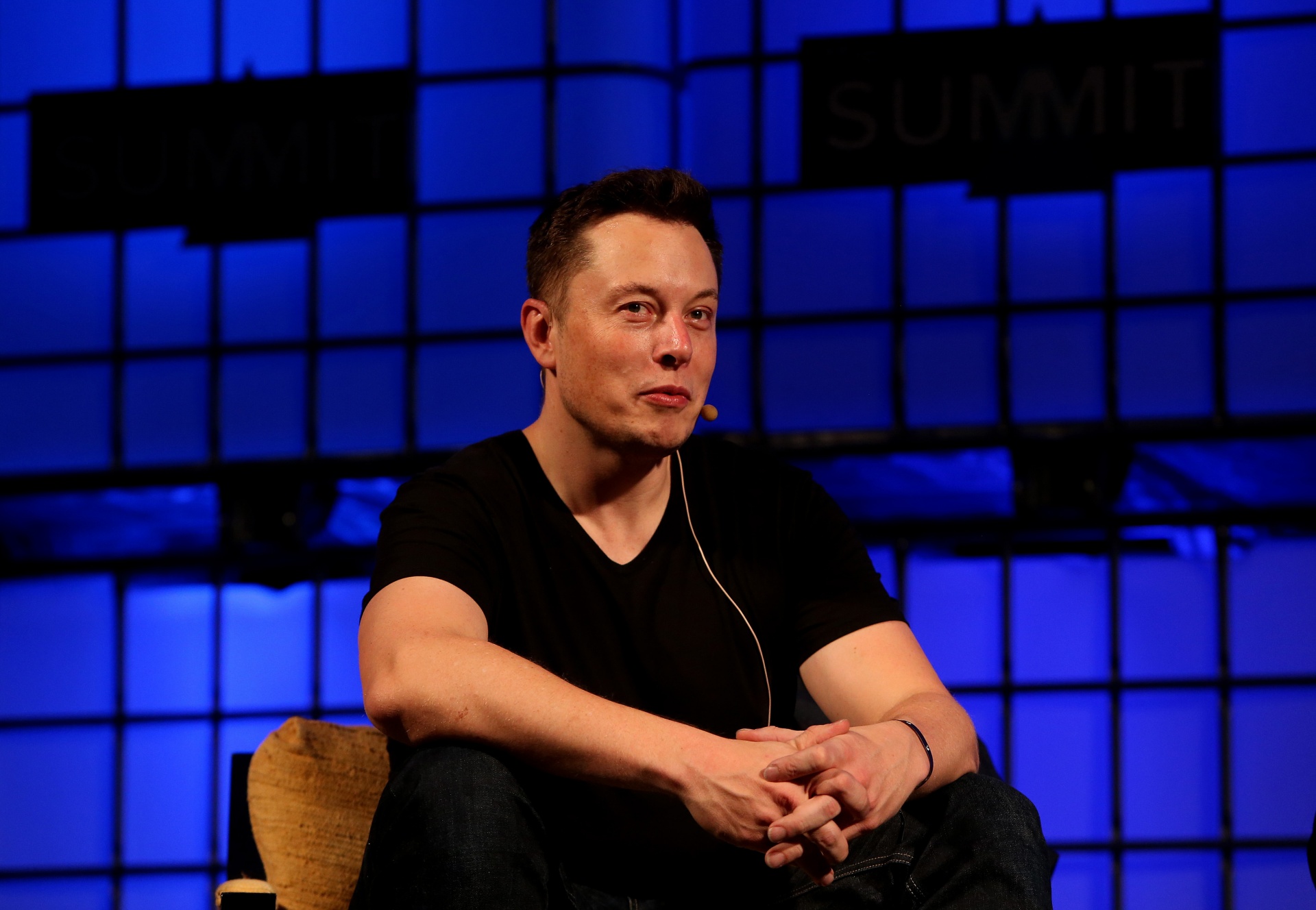 It turns out that calling his son X Æ A-12 may be the least of Tesla tycoon Elon Musk’s crimes.

As Covid ravaged California in May, he defied public health regulations to reopen his car factory in Alameda, taking the local authorities to court over their lockdown rules.

He has since relocated to Texas to avoid California’s higher taxes, a heavy burden on a man whose net worth rose from $27 billion to $155bn this year, making him second only to Amazon’s Jeff Bezos in the plutocratic pecking order.

At least the people of Bolivia have shattered one of his uglier boasts — “we will coup whoever we want,” he declared following the military overthrow of Evo Morales, widely seen as linked to Western firms’ appetite for Bolivian lithium reserves vital to the electric car industry. No you won’t, Musk.