FORMER US national security adviser Michael Flynn has denied claims he was offered a bribe to kidnap an Islamic cleric and smuggle him to Turkey, where he is accused of masterminding the failed 2016 coup. 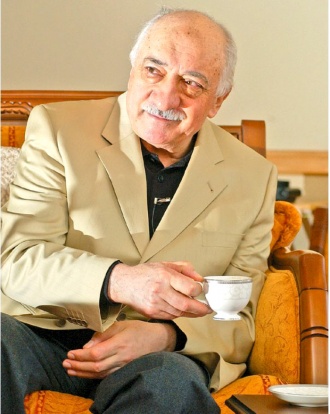 According to the Wall Street Journal and NBC news, Mr Flynn was offered $15 million (£11.5m) to deliver Fethullah Gulen (pictured) to Ankara, where the government has repeatedly demanded his extradition to face criminal charges.

They claim that the elaborate plan was discussed by Mr Flynn and his son with representatives of the Turkish government at a meeting in New York last December.

According to the reports, Mr Gulen was to be kidnapped from his Philadelphia home and taken by private jet to the prison island of Imrali, where Kurdistan Workers Party leader Abdullah Ocalan has been held in isolation for more than 20 years.

Details of the plot first came to light after Mr Flynn failed to register details of his work as a lobbyist for the Turkish government, which paid his consultancy, Flynn Intel Group, $530,000 (£402,850) in 2016.

Investigators are looking into whether Mr Flynn used his influence to push for the extradition of Mr Gulen during his period of office in the White House.

Turkish President Recep Tayyip Erdogan alleges that Mr Gulen was behind the coup attempt of July 2016.

Mr Erdogan described the brief military revolt as “a gift from God” and the ensuing backlash has severely undermined Turkish democracy, with hundreds of thousands of public-sector workers sacked and journalists and opposition MPs jailed.

Relations between the US and Turkey have been strained over recent months as Ankara accuses Washington of supporting “terrorists” due to its support for the Kurdish-led People’s Protection Units  in Syria.

US President Donald Trump imposed tough economic sanctions on Turkey in retaliation for the imprisonment of pastor Andrew Brunson, who was held under house arrest for two years.

A court gave him a three-year sentence on terror-related charges yesterday, but he was released due to time already served.

Mr Flynn denied the allegation through his lawyer, Robert Kelner, who said that, while they would not normally respond to rumours, “today’s news cycle has brought allegations about General Flynn, ranging from kidnapping to bribery, that are so outrageous and prejudicial that we are making an exception to our usual rule: they are false.”