Ms Ryan has been engulfed in controversy since an undercover reporter exposed a conversation she had with Israeli diplomat Shai Masot at the 2016 Labour Party conference, in which they discussed a fund of over £1 million provided by the Israeli embassy to take Labour MPs to Israel.

The same investigation filmed then Labour Friends of Israel parliamentary officer Michael Rubin acknowledging that the organisation worked “really closely” with the Israeli embassy “behind the scenes” and that Ms Ryan spoke to Mr Masot “most days.” The Israeli embassy distanced itself from Mr Masot, who was soon removed from his post.

Members of both Ms Ryan’s and Mr Shuker’s local parties had objected to their attacks on Mr Corbyn during last year’s general election campaign, in which they sent almost identically worded letters to constituents.

Both letters referred to “speaking to people in your street” who had told them they had “more confidence in Theresa May as Prime Minister than Jeremy Corbyn,” predicted a large Tory majority and called for a vote for them as individuals while promising to “work for a Labour Party that can once again regain your confidence.” 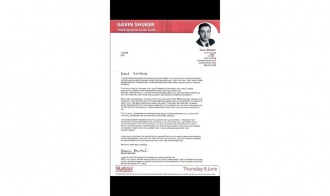 A very similar letter was also sent to constituents by Mary Creagh.

No confidence motions have no formal status but could indicate that there is enough opposition within a CLP for it to replace the MP as candidate at the next election via a trigger ballot.

Both MPs dismissed the votes as unimportant, with Ms Ryan blaming “Trots, Stalinists, Communists and the assorted hard left” for the result.

Earlier in the week, Labour MPs John Mann and Graham Stringer survived no confidence motions, which in their cases were brought against them for voting with the government on Brexit.

Mr Stringer describes the unelected European Commission as an “affront to democracy” and denied his vote was an indication of support for the Conservatives, saying he would always back a no confidence vote in Ms May.

How not to be Hamlet