Jeremy Hunt wrecked the NHS and calls it a success – why should we believe his smears against Jeremy Corbyn, writes Islington activist SHIRLEY FRANKLIN

ONCE again our Islington North MP is the subject of vile attacks. Jeremy Hunt accused him of “opening the door to anti-semitism” and associated Jeremy Corbyn with the Holocaust.

By so doing, Hunt actually exposes himself to accusations of anti-semitism. The Holocaust was an atrocity that still profoundly impacts on the Jewish community, internationally and in Islington. Hunt, and others, have made a cheap, untrue and insensitive assertion against Corbyn, a lifelong anti-racist.

I have known Jeremy Corbyn for over 30 years. He has always supported the Jewish community in Islington, of which I am a part, and has always stood up against anti-semitism and racism. His credentials as a respectable and respected leader far outweigh those of Jeremy Hunt.

Unlike Hunt, Corbyn has always stood up for our NHS. In 2009, he co-founded the Defend the Whittington Hospital Coalition when the hospital was facing the loss of its A&E department. We won that campaign and went on to win successful campaigns against some of the other negative impacts of Conservative health policy, as carried out by Hunt. 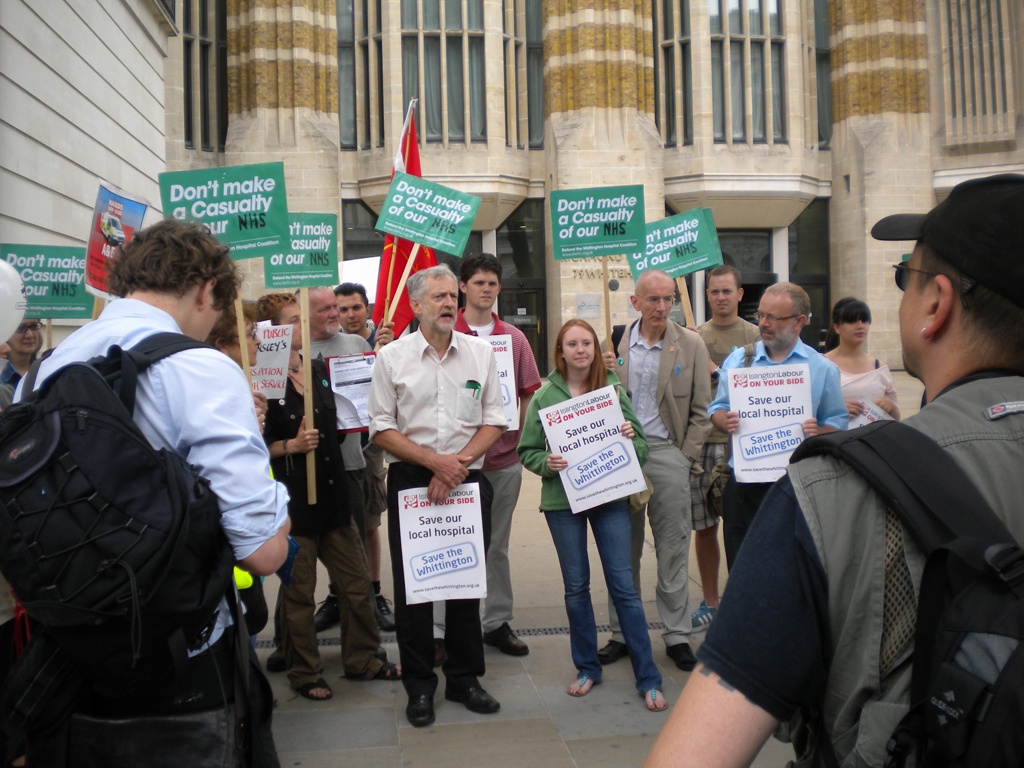 Government underfunding of NHS development projects has brought private companies like Grenfell contractors Rydon into the NHS. Corbyn played a significant role in helping to stop this happening at our hospital and has said that if elected as prime minister he will stop all privatisation in the NHS.

Meanwhile, it is astounding to hear the other Jeremy, Hunt, boasting of his success as secretary of state for health when, in fact, he left our NHS in tatters, with much of it privatised. Since 2010, the NHS has suffered its worst funding reduction, and it is expected that the shortfall will rise to £26 billion be the end of 2021. Waiting lists across the board are rising, and according to Watkins et al in the British Medical Journal, there have been an estimated 120,000 excess deaths as a result of the cuts in health and social care.

Hunt has overseen the sell-off of much of our NHS services and resources. Private companies are receiving a massive increase in payments for social care. These companies won nearly 70 per cent of all tendered contracts in England in 2016, with Virgin Care being permitted to grab £1bn worth of NHS contracts.

The Naylor Report, which was published and implemented on Hunt’s watch, means that if hospitals need to update their estates, they have to sell their assets, rather than get government funding to do so.

Meanwhile, hospitals face a massive £6bn backlog in maintenance and are now falling apart, with sewage actually leaking onto wards, ceilings collapsing, broken lifts trapping patients and staff. Corbyn has promised to bring the NHS back into public ownership and ensure it is publicly run.

Hunt claims to be proud of winning the dispute against the junior doctors after the first all-out strikes in medical history, leaving them with unfair and unsafe contracts, requiring them to work impossible hours on low pay. These atrocious working conditions help explain why there are over 100,000 unfilled NHS vacancies.

The NHS is dependent on overtime because there are simply not enough medical staff. Recently consultants are having to work to contracted hours so more operations are being cancelled because there are flaws in their pension and tax arrangements set up under Hunt’s government.

There is an increasingly dire shortage of nursing staff, worsened by Hunt’s removal of the bursaries for under- and post-graduate nursing staff and to the seven-year pay freeze for public-sector workers. Hunt’s government underfunding of health has seen A&E departments close and hospitals with A&Es find it increasingly hard to meet targets. Waiting times have soared, from ambulance call-outs to appointments for cancer care.

Hunt, who accuses Corbyn of a form of racism, has implemented a racist policy towards migrants’ healthcare. This is in process at the Whittington Hospital where all non-EU citizens have to pay for their healthcare, albeit after that health care has been provided. If the payment is not forthcoming they will be reported to the Home Office. This is not only a discriminatory policy, it is also the thin end of the wedge of paying for what should be free.

Jeremy Corbyn has always spoken up for mental health. One of the first appointments that he made to his shadow cabinet was to create a role for a shadow minister for mental health. The underfunding of the NHS since 2010 has meant that mental health services took a disproportionate cut. In the local mental health trust in Camden and Islington, an area of one of the highest levels of mental health need, 100 beds were cut. This has been happening across the country while there has been a massive rise in mental illness. So now we have the diabolical situation where there is not one spare bed in the country. Every time someone needs a bed, someone lese has to be removed from that bed.

Things have been getting increasingly worse in Children and Adolescent Mental Health (CAMHS). By 2017 one third of children’s mental health services were either downsized or closed. Again, at the same time children and adolescent mental health needs are increasing. Frequently children are sent hundred of miles from their parents to get in-patient care. CAMHS counselling services are inadequate in terms of meeting the huge demand.

Increasing mental health problems arise due to the impact of the austerity programmes that Hunt and his government have been deliberately implementing.

These cuts have increased stress, anxiety and depression. The massive attack on welfare and disability benefits has made things worse. Research published in the Journal of Epidemiology and Community Health suggests that the work capability assessments took a serious toll on mental heath. The report found 590 extra suicides, 279,000 extra cases of mental ill-health and 725,000 more prescriptions for anti-depressants associated with these work capability assessments between 2010 and 2013.

Jeremy Corbyn has a massive task to put our NHS back in order. He has promised to fund the NHS properly so that it is able to meet our mental and physical heath needs, publicly run and publicly owned.

How can we believe what Jeremy Hunt proclaims when his record, of which he is so proud, has actually been so destructive to the nation’s health and wellbeing? How can this man who viciously attacks Jeremy Corbyn, famously an anti-racist, with total commitment to wellbeing and social justice, by linking him to Hitler and the Holocaust, possibly be considered as our next prime minister? Do Jeremy Corbyn’s accusers have another agenda? Perhaps they are terrified of a country that meets the needs of the many, not just the few.

Shirley Franklin is chair of Defend the Whittington Hospital Coalition. She writes in a personal capacity.