A 1936 view of the melting pot of Whitechapel
×

IN A flurry of events worthy of an Isaac Bashevis Singer story, Jewdas is now the best-known Jewish organisation in the country.

Unsurprisingly, they’ve received the ire of the Daily “Hurrah for the Blackshirts” Mail and the Times even printed an English translation of some of the Yiddische anarchist song Daloy Politsey – Down With the Police. They’ve responded to the furore with typical humour and swagger. “Geoffrey Cohen” is nish if not a mensh.

Jewdas consistently points out there is no left or right anti-semitism, there’s just anti-semitism. There’re are also no “right” or “wrong” Jews. But there is a strong, and often obscured, tradition of socialist and anarchist Jewish radicalism which has been given voice in stories and poetry.

Israel Zangwill was a novelist known as “the Dickens of the Ghetto.” His first book Children of the Ghetto was published in 1892 and is set in the East End. He popularised the term “melting pot,” which was the title of his 1909 play about the US capacity to absorb and grow from the contributions of its immigrants. It’s surely time for it to be staged again in the US, as it was recently in London.

Still commemorated by a blue plaque on the side of the Whitechapel Art Gallery — what’s now a fancy restaurant that used to be a library for local people — is Isaac Rosenburg. For me, he is the most biting of the war poets. His poem Break of Day in the Trenches has a rat eating the corpses of both sides. “Droll rat, they would shoot you if they knew/Your cosmopolitan sympathies.”

Prior to the war, in the 1890s, a number of immigrants in New York were also socialist and anarchist poets and became known as the Sweatshop Poets. Morris Winchevsky (1856-1932), David Edelstadt (1866-1892), Morris Rosenfeld (1862-1293), Joseph Bovshover (1873-1915) and others were workers in the tailoring sweatshops of New York and expressed the plight of the working masses in their poetry, as well as an urge for revolution.

The first verse of Rosenfeld’s The Factory is:

“Oh, here in the shop the machines roar so wildly,

That oft, unaware that I am, or have been,

I sink and am lost in the terrible tumult;

Create and create things from morning till e'en;

Who ever has heard of a conscious machine?”

They were widely published in the Yiddische and radical newspapers and Edelstadt was called “a great poet and one of the finest types of anarchist that ever lived,” by Emma Goldman. The internationalism, for the many, of their poetry comes through in these verses from Edelstadt’s A Summons:

“Preach truth to your brethren. Preach to the mass;

Preach them to live and to die for their class —

Teach courage — the battle is yours.

And master and slave shall both disappear

When humanity's flag is unfurled;

And the fragrance of flowers shall waft through the air

When Freedom shines over the world.”

Also writing in New York was Lola Ridge. She was not Jewish herself, but like Rudolph Rocker in London she worked as a comrade alongside Jewish workers. Her sequence of poems The Ghetto about the Bowery in New York was published in 1918. Peter Quartermain described her as “... the nearest prototype in her time of the proletarian poet of class conflict, voicing social protest or revolutionary idealism.”

So, in that tradition, I’ll proudly sport my “Let Bagels Be Beigels” badge, hold a beetroot aloft and shout: “Fuck capitalism!” 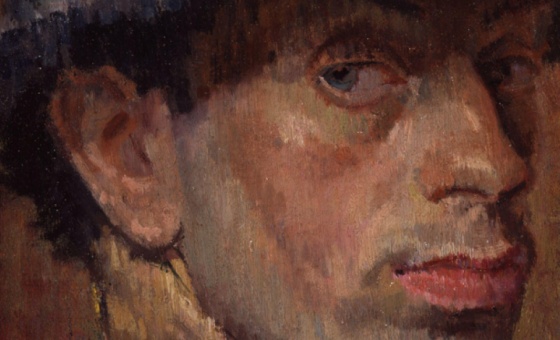 The ideals and the vision to deliver

Coronavirus should not be blamed for another crisis of the capitalist system, warns CP