Book Review Lyrical search for meaning in an unknowable world

“THE WORLD is a ball of wool. A skein of yarn you can’t find the end of.” That's how Luis Sagasti's ambitious novel Fireflies, a quest to find meaning in literature and life, begins. 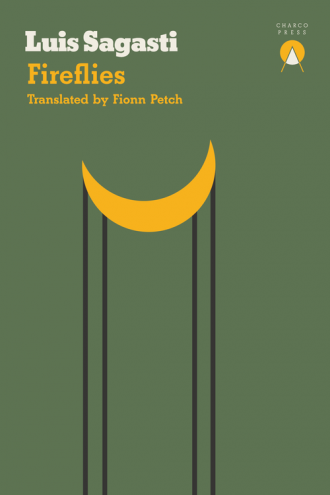 Retelling a fantastical history of the world, the book, translated by Fionn Petch, is written in a highly lyrical form and it's refreshingly experimental in its structure as it weaves through stories and anecdotes of the famous and the infamous.

Initially they do not seem to have anything in common but slowly and cumulatively they allow us to discern unexpected connections.

We move from German artist Joseph Beuys surviving a plane crash during the second world war while serving as a Luftwaffe pilot to Little Prince author Antoine de Saint-Exupery, Soviet cosmonaut Yury Gagarin, philosopher Ludwig Wittgenstein and US photographer Richard Drew who took the notorious picture of the “falling man” during the 9/11 attacks in New York.

A stand-out story is the adventure of Brazilian priest Adelir de Carli. According to Sagasti, after administering holy communion in his city of Paranagua, attached 1,000 balloons filled with helium to a cushioned chair, strapped himself in, and flew up into the sky. De Carli, who wanted to break a world record, was never seen again.

This is a work of wonderful analogies and disparate historical footnotes, one that constantly tries to find answers to the unspoken questions about unusual events and actions. It never quite finds them.

The book's title is perhaps key to understanding its meaning — that of the ungraspable understanding of the world in which we live. Fireflies, after all, guide us through the night and seduce us into believing their existence and then disappear without explanation.

As the author beautifully explains in the last paragraph of his book, “If we stop to think, the stars have been fleeing from us from the very beginning. Every night they’re further away, though they give the impression of being in the same place.

“But we shouldn't feel lonely as a result. No. Not at all. As long as there’s fire there will be a story waiting to be told. And then we’ll open our mouths wide and swallow all that we can of the night.

“And, for the first time, the same song will begin.”

Monday 01st Jun 2020
Minnesota cops 'trained by Israeli forces in restraint techniques'
Monday 01st Jun 2020
Tom Watson has peerage blocked
Friday 29th May 2020
As Minneapolis burns, what can the Thatcher years teach us about combating Trump and Johnson?
Friday 29th May 2020
Forget the courts — I'm not leaving my eco-home
Thursday 28th May 2020
Schools are not safe to reopen on Monday, scientists warn as government refuses to backtrack
Join the 501 Club