Books Review A ‘powerhouse’ in peril

GONE are the days when millions of skilled workers in Germany upgraded their cars regularly and bought substantial homes. Today, precarious work, social insecurity and tensions are on the increase. 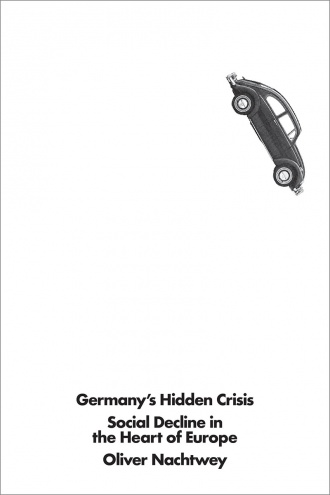 Social unrest and protest are growing both on the left — with increasing numbers of strikes and the establishment of the Aufstehen (Stand Up) protest movement — and, on the far right, with the growing influence of the Alternative fur Deutschland and its attacks on immigration.

In Germany’s Hidden Crisis, Oliver Nachtwey shows that, as elsewhere, economic liberalisation has led to the destruction of secure employment and an increase in temporary and agency work. This phenomenon is well known in Britain, starting with Thatcher’s policy of the privatisation of public utilities and assets which led to elites obtaining ever more privileges.

In Germany, the big steel, electronics and car industries created a plethora of subsidiary companies offering workers inferior contracts. The fact that a third of women in full-time employment earn only the minimum wage demonstrates a shocking inequality and that downward escalator also applies to the lower sections of the middle class — even teachers are increasingly on temporary contracts — and it is leading to the erosion of social networks.

At the same time, generous welfare provision was dramatically reduced under the Social Democratic-Green coalition government, in power from 1998 until 2005. Nachtwey argues that the reason for this has been that neoliberalism had identified the welfare state as one of the most serious obstacles to growth — it was seen as too expensive and ineffective.

But there can be little doubt that the disappearance of the socialist countries after 1989 played a decisive part. They had acted as a powerful counterforce by setting the example of generous welfare provision and conditions of work for their own population. Without that pressure any more, capitalism saw no need to carry on pretending to care.

The author shows that the illusion of a classless society, fed by a generous welfare provision and secure employment, has now been shredded to pieces and the concept of class has returned to the political debate.

But the book does not mention at all the specific situation in the east of Germany, apart from in connection with the rise of the far-right movement, describing only the decline of economic security in the west of the country.

Even though the author notes that the downward spiral in terms of social security is much worse in the east, he does not analyse the sudden crisis that occurred there as a result of unification when hundreds of thousands, mostly well-trained people, lost their jobs and thus stability in their lives.

Any analysis of Germany must acknowledge the difference between east and west which has not been overcome even after almost 30 years of unification.

On special offer from Verso at £8.50 until January 1, versobooks.com.