Activism: Trade unionists and anti-racists to hold ‘rivers of love’ rally where Enoch Powell made his racist speech

THE Birmingham meeting room where racist Tory MP Enoch Powell made his infamous “rivers of blood” speech 50 years ago will be taken over on Friday by trade unionists and anti-racists for a “rivers of love” rally.

On April 20 1968 the Wolverhampton South West MP raged against immigration, predicting violent and bloody confrontations in Britain on racial lines.

The speech, to his local Conservative association, was widely publicised and polarised opinions, with both protests against his poisonous rhetoric and demonstrations of support.

His views were too much even for the Conservative leadership, which sacked Mr Powell from the shadow cabinet. He became a back-bench rebel and later moved to the Ulster Unionist Party, becoming UUP MP for South Down in 1974. He died in 1998.

The room at the Macdonald Burlington Hotel will be filled tomorrow with anti-racist and anti-fascist campaigners, trade unionists and politicians for the “rivers of love” rally.

Among the invitation-only guests will be the MP who now represents the Wolverhampton South West constituency, black Labour MP Eleanor Smith.

Midlands TUC political and campaigns officer Rob Johnston told the Morning Star: “Fifty years on and it is clear Enoch Powell lost. His vision of a divisive and intolerant society was rejected by the people of Birmingham, Wolverhampton and the west Midlands, where people show themselves to be inclusive and celebrate the diversity of our wonderful communities.

“Fifty years on from the ‘rivers of blood’ speech we are delighted to be celebrating under the title ‘rivers of love’.” 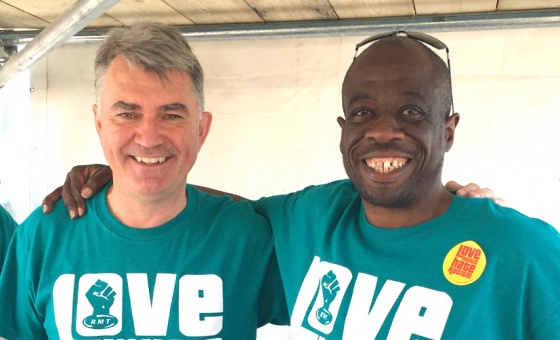 In young Yan Bingtao, snooker has a new Chinese superstar

‘This would be the biggest upset in cup history’