The Communist Party of Great Britain and the National Question in Wales 1920-1991
Douglas Jones
(University of Wales Press, £19.99)

COMMUNISTS, socialists and others with an interest in modern Welsh and political history owe a debt of gratitude to Douglas Jones. 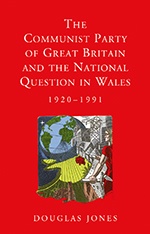 He has researched and analysed a wide range of information with scholarly rigour and — here’s the part which eludes far too many historians today — written it all up in straightforward English.
From the outset, the Communist Party in Wales had firm, organic roots not only in the working-class movement but also in Welsh-language culture.

Although the South Wales Socialist Society had fallen into some disrepair in the course of the imperialist Great War, it nonetheless comprised one of the founding organisations of the Communist Party of Great Britain. Most of its members were militant miners, with a sprinkling of railway and other industrial workers.

The same was true of the party across much of south Wales. Many members had discarded their pre-war syndicalism, but this did not make them enthusiasts for bourgeois parliaments.

Having to suffer the one in Westminster was bad enough. Adding another in Cardiff would be a diversion from the class struggle, or so they believed, which is why the proposal found most favour in the retreating Liberal Party and among those “moral force” socialists who stayed behind in the Independent Labour Party. 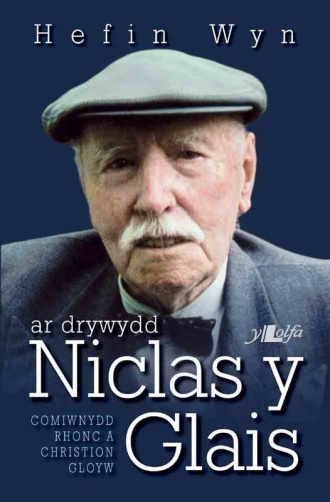 The dramatic industrial and political struggles of the 1920s and ’30s seized the attention of communists as much in Wales as anywhere else.

It made no difference whether lockout or redundancy notices, evictions orders or court summonses were in English, Welsh or bilingual.

Although the Welsh language was in slow decline in the central coalfield, it appeared to be almost as strong as ever from the Neath and Swansea valleys westwards.

In many communities, an easy bilingualism was the norm socially, even if more and more formal meetings outside the chapel were held mostly in English.

In large areas of west and north-west Wales, especially in the slate-quarrying communities, Welsh remained the lingua franca.

Whether the class interests of the Welsh coal owners were served by the British state or by a subservient parliament in Cardiff was of no concern.

Even after Labour had abandoned its commitment to “home rule all round,” the Welsh National Party founded in 1925 had little or no interest in the economic and social well-being of Welsh workers, the unemployed and their families — only in their moral and spiritual welfare as Welsh-speaking inheritors of a Christian medieval civilisation.

But after the depredations heaped on the Welsh people in the 1930s, when almost a quarter of the population left their country in search of work, and with the requirements of post-war reconstruction in prospect, the Communist Party embraced Welsh national causes from the late 1930s.

These included the renewed demand for Welsh autonomy, with Welsh party secretary Idris Cox leading the communists’ work in the Parliament for Wales Campaign from its launch in 1950.

Yet, as Douglas Jones confirms in groundbreaking detail, divisions in the party frustrated the drive to commit the South Wales Area NUM to the campaign.

With Will Paynter and others reluctant to throw their full weight behind Communist Party policy, Labour loyalists succeeded in rigging proceedings at the union’s 1954 south Wales conference against devolution.

Communist and left Labour delegates could not outweigh the influence of three prominent parliamentary guest speakers, while NUM-sponsored, pro-Welsh Parliament MP SO Davies was excluded from the platform.

Early in the Parliament for Wales agitation, Cox had been transferred from his post in Cardiff to the party’s international department and thence to Baghdad and Prague.

Welsh communists went on to play a seminal role in founding the South Wales Miners Eisteddfod and the Wales TUC. Almost alone on the left, they continued to support democratic devolution for Wales, even after its defeat in the 1979 Welsh Assembly referendum.

Jones gives due recognition to the efforts of Welsh secretary Bert Pearce to strengthen the party’s identification with Wales and its native language, building on the contributions of Will Rees, John Roose Williams, Dai Dan Evans, Annie Powell, Arthur Jones, Dai Francis and others.

Pearce sided with the party’s revisionist leadership and the Eurocommunists in the internal divisions of the 1980s, although he later expressed regret that they then liquidated their side’s communist identity in 1991.

In some ways, it’s regrettable that this book does not cover at least a few years after this period, when the re-established Communist Party of Britain succeeded in rebuilding at least some of the party’s influence and initiatives in Welsh political and cultural life.

One such initiative was to establish Cymdeithas Niclas (the Nicholas Society) in 2010, jointly with leading figures in Cymdeithas yr Iaith Gymraeg (the Welsh Language Society) and local branches of the Writers’ Guild of Great Britain and the NUJ.

Thomas Evan Nicholas (whose bardic name Niclas y Glais derived from the location of one of his ministry’s chapels) was one of the most illustrious Welsh-language poets of the 20th century.

A prolific propagandist for the cause of communism, he skilfully mocked the obsessions of his fellow bards with Wales, God and nature and urged them to discover the world beyond their national horizons.

Hefin Wyn provides the first full-length biography of this extraordinary man who was a close comrade of Keir Hardie, a subversive in World War I, then the trade union organiser of farm labourers, a foundation member of the Communist Party, a partisan of the Spanish republic, an anti-fascist jailbird in World War II and a cold war warrior for the Soviet Union.

His poetry savagely flayed exploitation, British imperialism, the monarchy, German rearmament and nuclear power and sang the praises of revolution, Lenin, Russia, his own Indian fellow prisoners, Cuba and peace.

Given the subject’s full and long life of 91 years, it might be churlish to complain of omissions from his biography. But more use might have been made of the National Archive records of the extensive state surveillance of Nicholas between 1915 and 1952, when he was an executive member of the World Peace Council.

That said, Hefin Wyn explains how and why Nicholas became a peace campaigner in place of a pacifist and professed a socialist and republican brand of Welsh nationalism rather than a nebulous, non-political Welsh patriotism.

Both books might have found it fruitful to refer to the television debate, in Welsh, between leading communists at the time of the Soviet military intervention in 1968.

Only Annie Powell, who was later mayor of the Rhondda, unequivocally upheld the party’s line and condemned the Soviet action, while Nicholas praised the intervention and John Roose Willams, miners’ leader Dai Dan Evans and Will Rees, who had first translated the Communist Manifesto from German into Welsh, accepted it as a matter of realpolitik.

The discussion was subsequently transcribed and published in the Welsh language journal Barn.

Both authors proffer a few assessments that owe something to anti-communist or anti-Soviet stereotyping, but for the most part these volumes are fair-minded, well-informed and immensely valuable additions to our knowledge of Welsh, working-class and Communist Party history.