WHEN the only statues outside your football ground are of two knights, each of whom led England to the latter stages of the World Cup, you know you have to do something special to be immortalised in bronze outside Portman Road.

Those who were lucky enough to see him play, however, know Kevin Beattie deserves the honour.

Though part of Ipswich Town’s greatest-ever squad, the one which won the FA Cup final in 1978,  Beattie does not have the same international renown as team-mates Alan Brazil, George Burley, Terry Butcher, Mick Mills, Paul Mariner and John Wark, all 1982 World Cup players. But they were all united in their praise for him.

Another former international, Eric Gates, who like Beattie left his native north-east to play for Bobby Robson at Ipswich, paid this tribute to him: “He was the greatest player I played with, and a lot of people would say that. Kevin was just naturally talented and a strong lad.

“He was that powerful, he was strong, he was before his time, so to speak. He just was naturally talented.

“You didn’t have to teach him anything, he did everything naturally.

“The Beat,” as he was frequently known, was voted the Professional Footballers’ Association’s (PFA) first young player of the year in 1974.

His teammate Wark called him “Monster” on account of his strength. Such was the notoriety of Beattie’s physical prowess he was challenged to an arm-wrestle by Hollywood actor Sylvester Stallone during the filming of Escape to Victory.

Beattie described the on-set clash: “I was just sitting there and Stallone came over and asked if I’d like to give him an arm-wrestle. I ended up beating him and I don’t think he talked to me again for the rest of the film! I guess I was naturally strong. I used to carry the bags of coal for my dad.”

In the year since his passing last September, calls for a suitable memorial to the player Sir Bobby Robson described as “the best defender England ever produced” led to the creation of a committee, The Beat Goes On.

Headed by local radio presenter Mark Murphy and East Anglian Daily Times editor Brad Jones, the campaign has reached its target of £110,000 after eight months, through a variety of initiatives from bucket collections outside Portman Road to a comedy night.

There has even been a £500 donation from a Fortuna Duesseldorf fan group who make an annual pilgrimage to watch Ipswich.

According to committee member Phil Ham, editor of Ipswich Town independent website, TWTD, “this has been all the way through a people’s project, the money that’s been raised has come from people’s donations, fans’ donations and fans organising events.

“There’s not been any big money behind the project. Aside from [Ipswich owner] Marcus Evans matching the donations of almost £6,500 at the first home game of the season, everything has been largely collected from fans, which is how The Beat was perceived: he was one of us.”

Having already sculpted the statues of Sir Alf Ramsey and Sir Bobby Robson, Suffolk artist and Ipswich season-ticket holder Sean Hedges-Quinn has been commissioned to create the 7ft bronze image basing his design on the front cover of the 1976 Shoot annual, which featured a soaring Beattie leaping to head clear above his leaden-footed Everton opponents.

A statue for such an all-action footballer could never have been static, Hedges-Quinn explained.

“The most famous attribute of The Beat was his enormous ability to jump extraordinary heights to head the ball. The Shoot annual was just a typical pose that came out,” he saaid.

Seeing the photo, Ham recalled: “Bobby Robson made the comment after the game: ‘The Beat had leapt so high, he could read the time on the town hall clock as he headed the ball.’

“That kind of image of Beattie leaping for the ball typified him. We showed ideas to Sean and he came up with this excellent idea of a floating statue.”

Hegdes-Quinn said: “I don’t think there’s a pose like this that’s been done in the country.

“There are a few jumping ones, but they’ve got a steel rod or support holding it up, like the Dennis Bergkamp one at Arsenal.

“I came up with the idea of having him sitting in front of the plinth supported from behind so, from the front, it looks like he’s floating rather than being supported. I think this is unique and I’m quite excited to see how it turns out.” 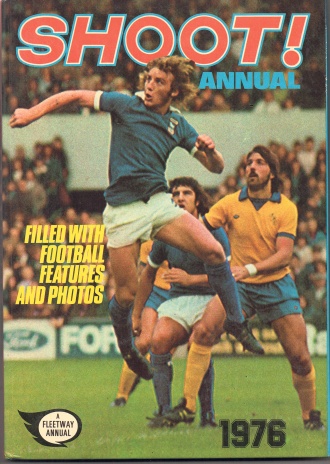 Details such as Beattie’s tendency to jump with the thumb of only one hand tucked into his fist, the way he tied his laces and the fact that we wore a short-sleeved shirt no matter the weather are all lovingly recreated in this dramatic pose.

After years working in the film industry, Hedges-Quinn has become renowned for his figurative sculpture having also created statues of, among others, Dave Whelan at Blackburn, Nat Lofthouse at Bolton and Bob Stokoe at Sunderland.

He told me: “I probably spend a good month or so studying the videos to get under the skin of a player, trying to bring along the traits typical of him.

“It’s not just about getting a good likeness, it’s about trying to capture the characteristics of that man to really make it work.”

Sadly, Beattie’s playing career was curtailed by a succession of injuries to a body which was not protected by the medics of the time.

“My knees were knackered,” he once confessed. “According to modern medical science, three cortisone injections in a lifetime is about enough, whereas I was having three every game.”

“He was still brilliant,” former team-mate Gates said. “Kevin probably wasn’t as professional as he should have been, but in them days, who was professional?

“When he was injured, he probably didn’t look after the injuries as well as he should. If Kevin was half-fit, you wanted him to play for you — and Kevin would, that’s what caught up with him.”

“Part of the Kevin Beattie story is there is that feeling that he was an unfulfilled talent in some ways,” Ham said.

“Although that great ability is lauded in Suffolk, it perhaps isn’t lauded more widely. He could have been someone who is mentioned alongside all the greats in the game.”